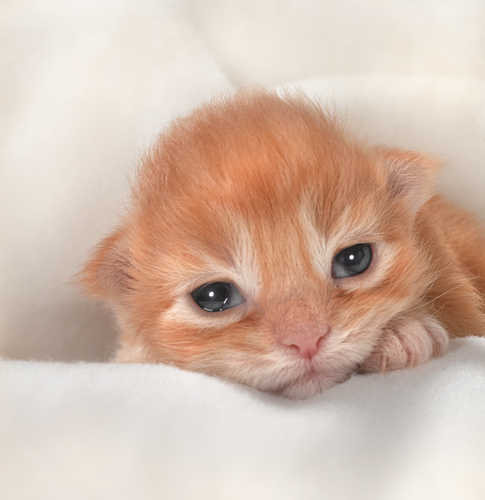 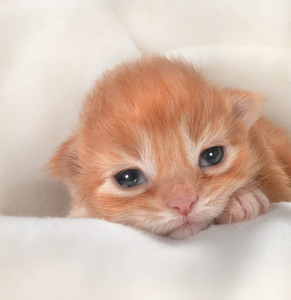 The cat Eve uses to illustrate “You Feel You Are Too Young.”

By now you’ve likely heard of the post on Mommyish, from 2 weeks ago by Eve Vawter. Eve describes herself a bit in the opening paragraph:

I’m pro-choice. I’ve made my stance on this issue very clear numerous times on Mommyish, and I may not share the same beliefs with my employees or employers, but I am pro-choice. I believe abortion should be safe, legal and rare, and I don’t think the majority of women make the decision to have an abortion lightly…

Notice how she mentions that she doesn’t think “the majority of women make the decision to have an abortion lightly.” This will come into play, and into conflict, when we see how Eve frames the bulk of her article. After referencing another article posted to the site from a different author, as well as a Facebook comment in reaction to that post, she speaks on the website and its position on parenting:

Mommyish is a parenting website. We support all parents, including those who become parents by accident, and we also support people who don’t want to become parents. I have children who I love beyond words and I am pro-choice. I don’t think these two things are mutually exclusive. My mother was pro-choice and had children. I know many women do. You can love kids, you can think babies are amazing, and you can also be in favor of a woman deciding what is best for her life and her body.

Eve can say that on her site they “also support people who don’t want to become parents.” It is well-known that the act of sex can and often does create children. Sure, there is birth control, but one should always keep in the back of his or her mind that methods of birth control are not 100% fool-proof. Also, it is a sad truth that having an abortion does not mean that a man and a woman who have created a child are no longer parents, but rather that they are the parents of a dead baby. And there is also just the feeling that it may seem slightly off putting for a parenting website to produce articles in favor of not becoming parents.

Eve also states that “you can also be in favor of a woman deciding what is best for her life and her body.” But Eve has written a post with with 10 (actually 9) reasons why you might have an abortion. It thus seems that, even if she did not intend to do so, Eve is almost pushing abortion on women. This seems to be more pro-abortion than pro-choice then, doesn’t it? And this isn’t the only reason why Eve isn’t so pro-choice after all.

Kristi Burton Brown last week commented on Eve’s post with her own article, in which she goes through the 10 reasons to have an abortion (or well 9, considering there are only that many). Kristi provides the necessary rebuttals for pointing out why each of these reasons need not warrant killing another human being, and I myself contributed in the comment section with my own thought, that overpopulation (Eve’s sixth reason) is a myth. Kristi also has written a follow-up article, “10 reasons not to have an abortion.”

So, up until this point, it’s safe to say that Eve takes abortion seriously. That is, if you ignored the title and what comes next, as the bulk of Eve’s post. The title of the post is “10 Reasons To Have An Abortion-Illustrated By Adorable Cats.” As a pro-lifer, I can’t think of any morally right reason to have an abortion. But, I also can’t imagine anyone, even a pro-choicer, equating abortion with “adorable cats,” at least not if they profess to take abortion other than something of a joke.
But Eve does explain and justify her reasoning:

Due to the fact we have all seen one million sad stories on the Internet illustrated by miserable looking stock photo women sobbing into their hands, I have decided to use cats instead. I’m a cat fan, and I would rather look at cats than whatever comes up when you search photo websites for “abortion.”

One of the tamer results when doing a google image search of “abortion.”

Here’s the thing though. Have we all seen those stories? And why are they sad? Why is the woman sobbing into her hands? Eve may be a cat fan, but I thought she was also a pro-choice individual, and someone who suggests she takes abortion seriously, or at least believes that other women who are considering the procedure do. It is at the least anti-informed consent to assume that “we have all seen one million sad stories on the Internet illustrated by miserable looking stock photo women sobbing into their hands…” and to refuse to discuss it further.

Eve may be a cat fan. It’s certainly better than being an abortion fan. But again, it begs the question as to why Eve isn’t a fan of abortion then. When starting off proclaiming one’s pro-choice stance, one cannot claim to take abortion, or really anything else discussed in the post, serious, when illustrating with pictures of cats. Eve does seem to choose her pictures with an intent in mind, as for instance, the overpopulation reason shows an overabundance of cats. The attempt still falls short, however.

Perhaps Eve is trying to downplay abortion then. As already mentioned, this is rather anti-informed consent, and is actually anti-women and anti-choice. So, if she fails in this attempt, what is it that Eve is trying to accomplish? Are her readers supposed to get a laugh? Are we supposed to appreciate cats? I actually find myself disliking cats even more now when I associate them with abortion. Thanks for that, Eve.

Is the light nature of this post supposed to convince us to be pro-choice? I take away, besides a stronger dislike for cats, that this author happens to love her children, and cats, as well as be pro-choice. She loves cats so much though that she’ll associate them with just about anything, even the tragedy of abortion.