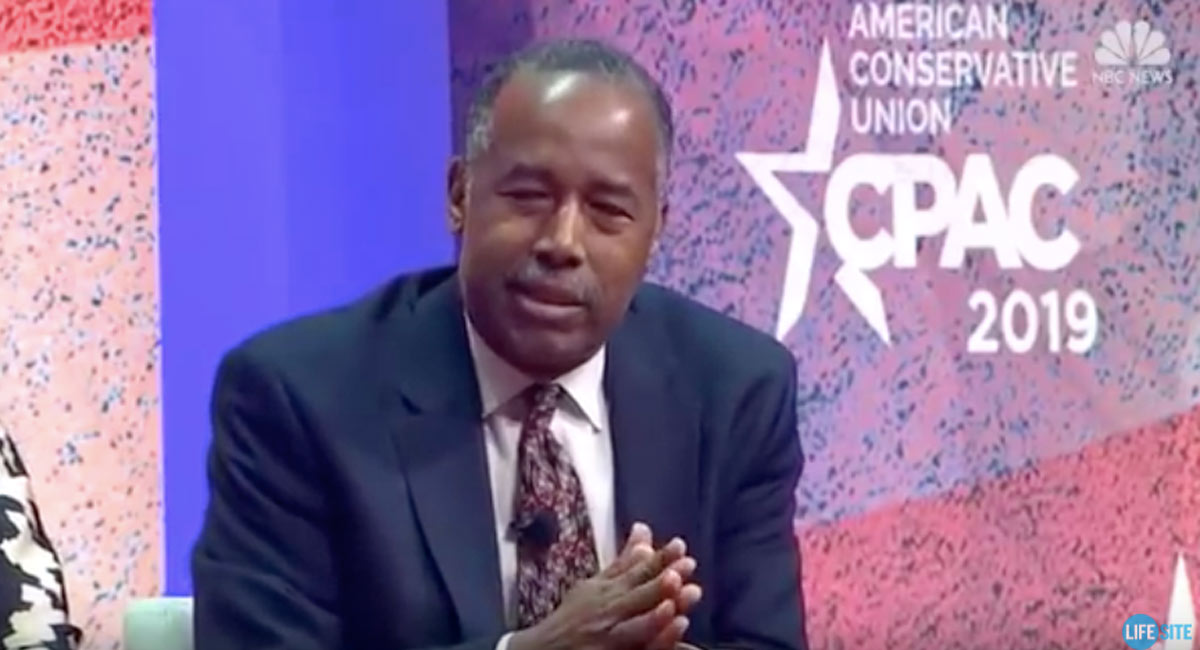 Carson, a former pediatric neurosurgeon, spoke to a full house during a panel discussion called “The Heartbeat of Humanity,” facilitated by Penny Nance, president of Concerned Women for America. Joining them was Rep. Cathy McMorris Rodgers (R-WA), who spoke of the joys of parenting a child with Down syndrome. Carson used his knowledge and experience as a physician to discuss the horrors of abortion. Among the many striking points of his testimonial was the fact that preborn children do in fact feel pain in the womb.

“I’ve had the privilege of being able to operate on little babies that were 25, 26, 27, 28 weeks’ gestation, and I can guarantee you, they can feel, they can react. You have to give them anesthesia if you’re going to cut them, believe me,” he told the crowd. “For somebody to say that’s a meaningless bunch of cells, honestly, is just totally ignorant.”

Carson went on to describe exactly what happens during an abortion, calling the procedure “barbaric” and describing late-term abortion as “murder.” He also didn’t fail to address the long-term implications abortion has on a mother, saying, “How many of those mothers end up psychologically damaged? They talk about they’re doing this for the health of the mother; what about the mother’s mental health that she has to endure for the rest of her life?”

The panel discussed the importance of the abortion debate during the upcoming 2020 election. “Science is on our side, technology is on our side. We need to stand for life,” said McMorris Rodgers.

Carson later echoed these sentiments in a statement to Fox News, in which he spoke of abortion and the election. “I think it’s a critical issue because we are talking about the morality of our society,” he told the news outlet. “Are we going off the deep-end here or are we still loving and compassionate people?”