In a recent interview with the Huffington Post, May Helen Bowers shared her joy in being pregnant, and discussed how her objective is to ensure that all women embrace their feminine sizes and figures at all stages, including pregnancy. Bowers is a professional ballerina who founded the explosive women’s exercise program Ballet Beautiful. Bowers is also famous for her role in Black Swan, with Natalie Portman.  She is nine months pregnant and has continued her ballet workouts throughout her pregnancy. She described  her experience as a first time mother, saying:

I’ve found the entire process of being pregnant to be such a miraculous, beautiful time. As a first-time mom I am so excited! My instinct has been not only to capture this special time, but [also] to share it with others, too. Pregnancy is magical, I’ve never felt more connected to my body. Looking back I’m so happy that I’ve taken so many photos and really documented the different stages. 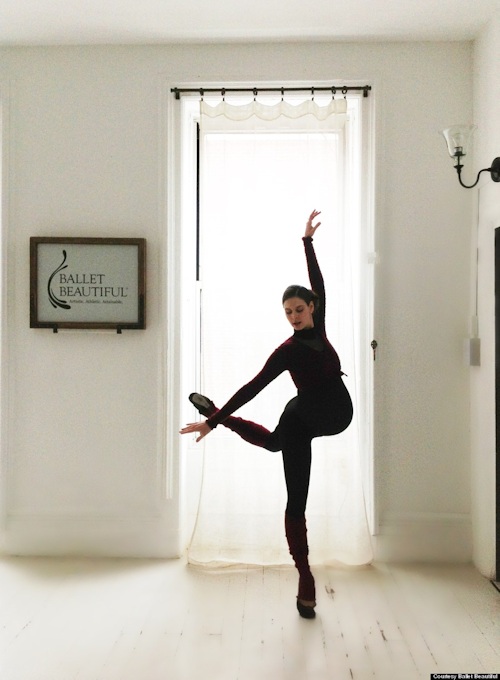 By photo-documenting her entire pregnancy and the changes that her body has gone through, Bowers hopes to encourage other women to embrace the changes that they experience during pregnancy. However, she has encountered some criticism for embracing her pregnant figure through photo documentation. She said:

Even in 2013, the image of a pregnant woman embracing her figure and really putting it out there can be scary to some people, but I don’t let that stand in my way and I don’t think other women should either. My company, Ballet Beautiful, is built around celebrating the strength and femininity of the female body — for me pregnancy has just been an extension of that.

Bowers is due to give birth this coming week, so we’ll be keeping an eye out for adorable baby photos.