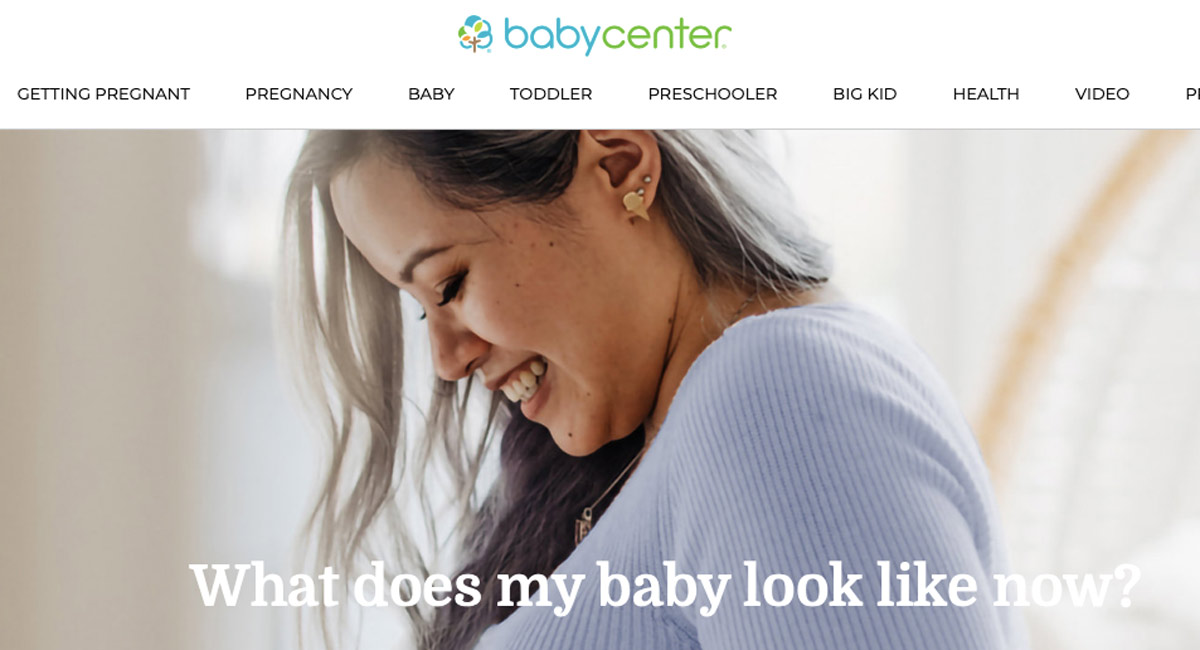 BabyCenter has been a pregnancy and parenting resource for mothers and fathers for years. The site contains accurate information on prenatal development that even pro-life sites have referenced. However, it has come to light that BabyCenter communities are extremely pro-abortion — even  to the point of deleting any comments that support life and share the truth about abortion and its negative effects on women.

One woman named Kassidy began reaching out to women in some of the abortion communities on BabyCenter. She said on Facebook that she “was shocked at the desperation and hurting individuals online.” She reached out to one woman who was considering abortion and gave her information on post-abortion syndrome. The woman ended up aborting her baby anyway. After that, Kassidy received an email from BabyCenter.

“We appreciate your participation at BabyCenter’s Community, and we want to give you a chance to review our guidelines […],” states the email. “Do not deliberately disrupt the community.”

It seems that by offering pro-life advice, Kassidy was considered to be ‘disrupting’ the BabyCenter community. Here is what she told the woman who was considering abortion:

“Choice42, LiveAction and Laura Klassen (all on fb) have statistics and stories on abortion. Turns out that there is a ton of reasons that show that an abortion causes far more problems than a baby. Abortion can cause you to have difficulties or inabilities conceiving again. Many women say that a part of them died inside. Ptsd, depression, anxiety, guilt- all that and more and prevalent (statistically proven) in post abortive women.” 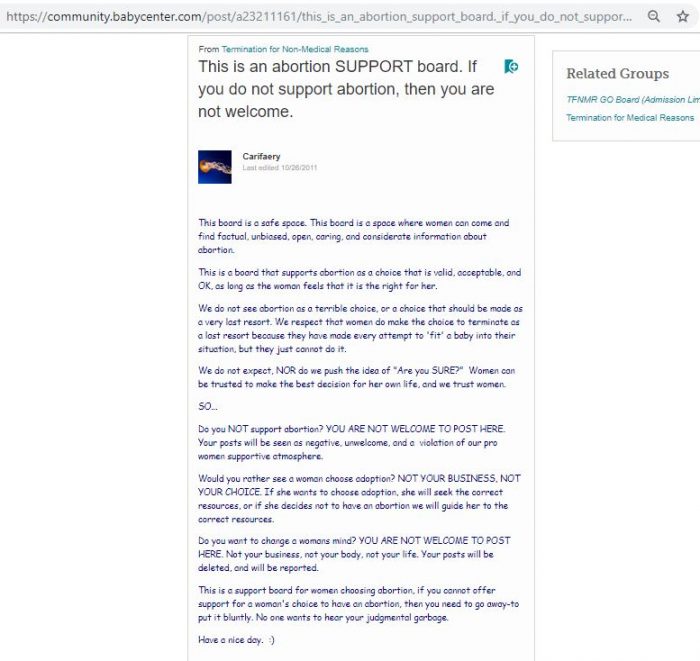 She went on to write that “Circumstances change” and “Life does get better but abortion is forever.” Her entire response is pictured above. It seems that providing accurate information on the dangers of abortion to the mental and emotional well-being of women is not something BabyCenter is interested in doing. They simply want the women in their communities to exercise their “choice” without being informed on what their choices actually mean. Abortion causes an increased risk of depression, drug use, alcohol use, and suicide, but pro-choice groups like BabyCenter don’t want women to know that. 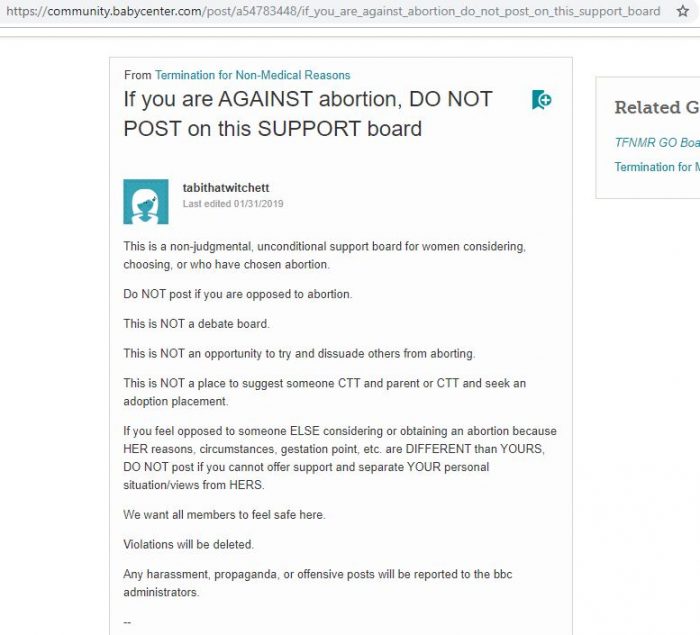 Upon entering certain BabyCenter communities, pro-lifers are immediately told they are “not welcome.” They are told that if they are pro-life they are in “violation of our pro women supportive atmosphere.” But being pro-women should include telling the truth about abortion rather than repeating an abortion industry marketing tactic.

Meanwhile, the BabyCenter “abortion consideration” board offers links to pro-choice hotlines and NARAL – one of the biggest pro-abortion organizations in the world. 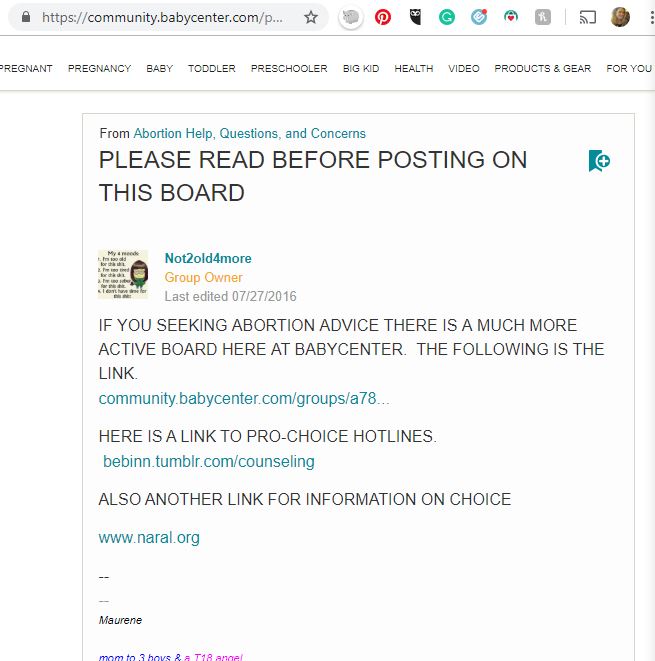 Comments encouraging women to seek abortion are not deleted, but are “hearted” by commenters… 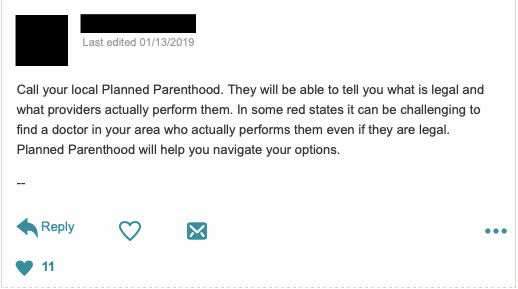