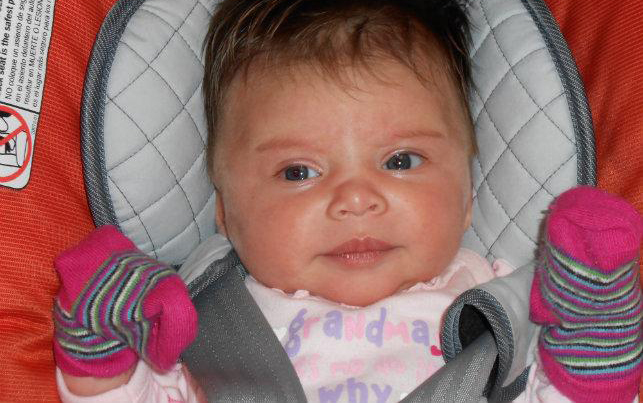 (Save the Storks) Sofia and Kory visited the abortion clinic at 40 Engle St. for a pregnancy test because Sofia had missed her period. Initially, they were happy about her pregnancy but worried about how they were going to provide for a child. Sofia knew she would have to stop working if she chose to keep her baby because she was so sick and tired all the time. She was a server at a restaurant and couldn’t imagine going to work. With only one income, they had very real concerns and fears about how to pay their rent and other bills. As they approached the abortion clinic, they noticed a blue mobile unit across the street advertising free ultrasounds. A nurse named Rosie stopped them and asked if they’d like to receive one. Since Sofia wasn’t sure how far along she was at this point, she agreed. Kory and Sofia both loved the Stork Bus and felt safe getting the ultrasound done in its organized and clean environment. When they saw their little baby of only 7.3 weeks on the screen, Kory started to cry thinking about what would have happened had they chosen the abortion clinic that day.

Rosie played the heartbeat for the couple and they were amazed that a person so small had such a very loud heartbeat. Sofia and Kory knew at that moment that they were going to be parents and had no need to visit the abortion clinic across the street. Little Zoe was born on March 16, 2015 weighing in at only 6 lbs and 4 oz.