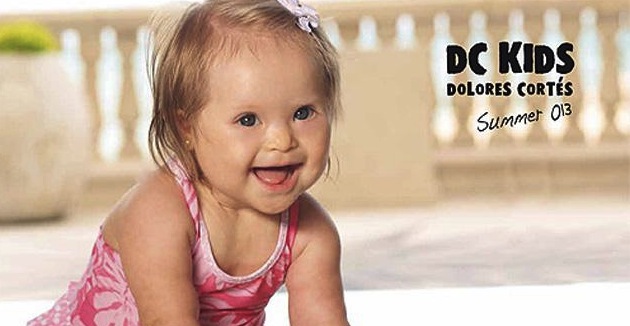 Some of the most encouraging news in our world today is that people with Down Syndrome are beginning to be treated like the valuable human beings they are. More and more, they are being allowed to integrate into “normal” society. Of course, we still have abhorrent cases like this one, where parents are awarded $2.9 million just because they were unable to abort their daughter with Down syndrome. And we still have medical professionals who neglect to tell parents the whole truth – such as all the normal, everyday things that people with this disability can do. It’s horrible to think that about 90 percent of these babies are aborted in America and that three are aborted every day in the U.K.

But despite all the bad news, rays of hope continue to shine through. Many doctors are beginning to inform parents of the medical and cultural advances that have been made for people with Down syndrome. Parents of children with Down Syndrome continue to speak out boldly, with an amazing and very much needed voice. Organizations like Good Will continue to support people with disabilities, including Down syndrome, and give them opportunities to integrate into the community.

Often, the public view the people they see in magazines as “ideal.” After all, if a fashion designer or major clothing company chooses someone as a model, well, that person must be beautiful, valuable, and generally someone to admire. I am so proud of companies like Target and Nordstrom, who have chosen to feature children with Down syndrome in their catalogs or advertisements. Children with Down syndrome should absolutely be celebrated, admired, and valued for the unique and precious individuals they are. They are undoubtedly just as precious as every other child. 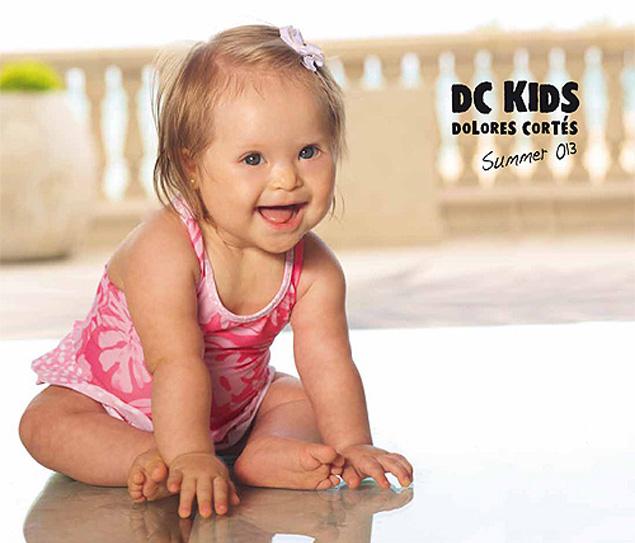 Valentina on the cover of DC Kids American 2013 swimwear catalog

According to the Huffington Post, prestigious fashion designer Dolores Cortés has become the latest in a line of companies to feature a child with Down syndrome as an adorable model. Dolores Cortés is a Spanish swimwear designer, and 10-month-old Valentina Guerrero has become the face of Cortés’ 2013 designs. This incredibly cute little girl appears on the cover of Cortés’ American catalog.

The Down Syndrome Association of Miami shares about the changes Valentina has already made in her parents’ lives.

Valentina, daughter of the TV Host and Producer Ceceliz, and Juan Fernando, was born in September with Down Syndrome, which propelled her parents to create awareness of the wonderful lessons and experiences that she brings, focusing on the daily inspirations rather than on the challenges that the condition may entail. ‘They teach us much more than we will ever teach them,’ notes Ceceliz.

Huffington Post shares thoughts from Valentina’s mother and from the fashion designer herself:

Valentina’s mother, Ceceliz told the Down Syndrome Association of Miami that when Dolores Cortés USA contacted her family, she “was excited mainly because the fact that they are placing Valentina on the of a catalogue sends a very clear message of inclusion; all children deserve the same opportunities, regardless of their physical, economic, social, racial or medical condition.”

And the designer is equally thrilled. “People with Down syndrome are just as beautiful and deserve the same opportunities,” Cortés said in a statement.

‘I am very happy that DC Kids USA chose Valentina as their main model because this carries a clear message of inclusion and starts changing the old perception of Down syndrome, thus generating a much needed transformation in society,’ she [Valentina’s mother] told the Daily News.

‘As a mother, I am incredibly proud of what my daughter has achieved in less than a year of life.’

DC Kids USA will donate 10 percent of proceeds from its latest collection to the Down Syndrome Association of Miami.