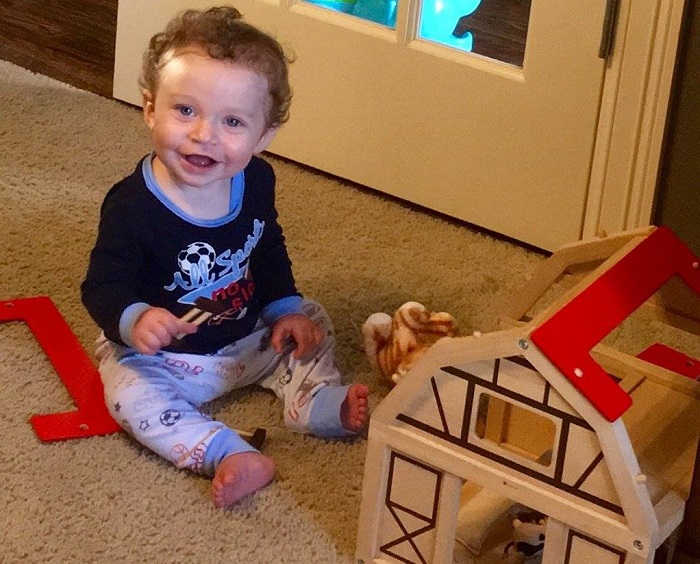 With his umbilical cord still attached, Baby Boy Unknown was brought to an urgent care location by his birth mother, who told the staff that she was homeless and wanted a better life for her son. Under the Safe Haven law, the mother was able to leave her baby boy with the medical staff and walk away no questions asked. When the baby boy’s story was shared on the local news, thousands of people learned about Safe Haven laws and countless people wanted to adopt the baby. His soon-to-be parents Todd and Amy were also watching the news that day.

It was just a few days before Thanksgiving when baby W’s birthmother dropped him off at Urgent Care.

“On Nov. 25, our adoption agency called and asked if Todd and I could come by to sign some papers quickly,” Amy wrote. “We were busy packing the kids and the dogs for our trip to the lake for Thanksgiving. I asked if we could come by and sign the papers when we got back in town, but they were very adamant that Todd and I needed to come by as soon as possible. I left Todd and the kids home to continue to pack and I got ready to go get the paperwork.”

As she was headed out the door, Todd mentioned the news report about the baby boy. 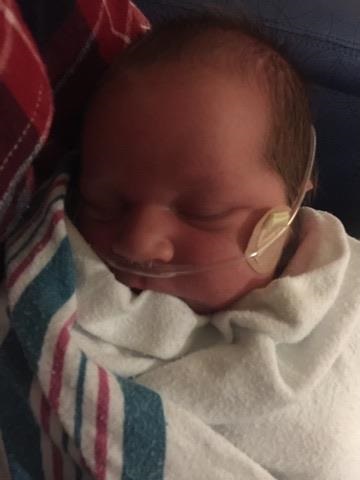 Baby W was left at an urgent care location by his birth mother under Safe Haven laws.

“I said, ‘That is the saddest thing ever. Do you think that is our baby?’” recalled Amy. “Todd said, ‘I doubt it. He’s probably pretty sick,’ and off I went to get the paperwork. Little did we know on that short mile-drive, our life was about to be blessed beyond all understanding.”

When she arrived to sign the paperwork, the caseworker asked Amy where her husband was and through tears explained that there wasn’t more paperwork to sign, they had been approved as foster parents, and the little boy who had been left at Urgent Care was theirs to bring home.

“There are no words to describe all the emotions I felt at that moment,” wrote Amy. “They explained they wanted both of us there to tell us at the same time that us being a match with W was nothing short of God. That’s why they had been emotional and crying — they had just witnessed God. Even now this brings goosebumps and tears. It blows our mind that God chose us to be his parents.” 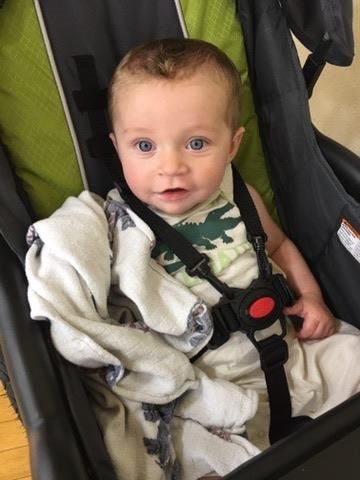 Baby W was left at an urgent care center by his birth mother under Safe Haven laws.

Amy went home and told Todd and their two children. They immediately changed their plans and headed to the NICU.

“His name tag just said “Baby Boy Unknown” and that, like, that just broke my heart,” Todd told News on 6.

But that didn’t last long. He was given a name, which the parents do not want made public, and is called W. After the family’s first court date, his last name became XOXO until his official adoption day.

“XOXO has become a very special signature for me and my mom loves to find fun decorations with XOXO to place around our house,” wrote the family on W’s Facebook page. “My parents have lol’d quite a few times over people asking how we pronounce our last name…XOXO!” 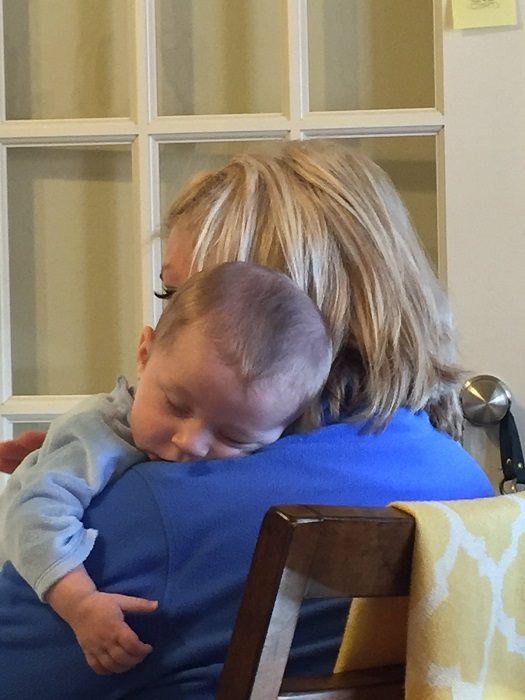 Baby W snuggles with his adoptive mother after he was saved by safe haven laws.

One year later, in November of 2016, W was officially adopted.  His new family is forever grateful to his birth mother for making the choice she made.

“There’s no words for what she did,” said Amy. “I think she did the best thing any mom could do. I’m just thankful for her. She gave us a perfect gift. He’s been a very big blessing to our family.”

Now two years old, W is thriving with his adoptive family. He recently underwent surgery to help his speech development and is receiving the best care possible – exactly the type of care his homeless birth mother didn’t think she could provide but wanted so desperately for him.

After W’s story aired on the news that fateful day, awareness spread for Safe Haven laws. By his second doctor’s appointment after going home with his new parents, the nurse told them she knew of three more babies who had been saved through the Safe Haven law. It seems W’s birth mother saved more lives than just her own son’s that day. And thanks to W, more people became interested in adopting through foster care. 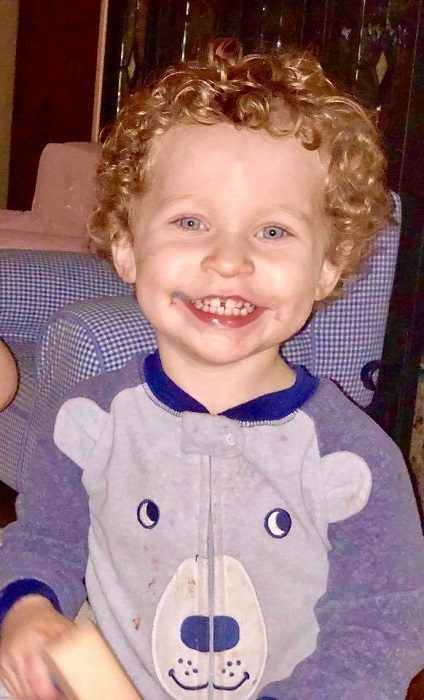 A happy W enjoys ice cream two years after being left at an urgent care by his birth mother under safe haven laws.

Safe Haven laws were created to help girls and women who are facing unplanned pregnancies. They are able to leave their babies at a safe, predetermined location without facing any consequences. Each state has different laws on when and where to leave a baby, but hospitals are a safe place in each state. In California, for example, a mother has three days to bring her child to a hospital or fire station, while other states allow 30, 45, 60 and 90 days. North Dakota even allows a full year.

According to Heather Burner, executive director of National Safe Haven Alliance, since the first Safe Haven laws were enacted in individual states in 1999, birth mothers have rescued over 3,542 newborns through Safe Haven laws.

READ: Young woman abandoned in a dumpster 20 years ago meets her rescuer

In that same time frame, Burner says, 1,405 babies have been abandoned nationally. 463 of them were found alive and rescued, while 779 of them died before they were found.

That leaves Burner asking the question: how many abandoned babies do we not even know about?

It took an amazing amount of courage for W’s birth mother to do what she did — to walk into an urgent care location and hand her precious child over to a stranger, knowing that she would most likely never see him again, but also knowing she was giving him his best chance at a good life.