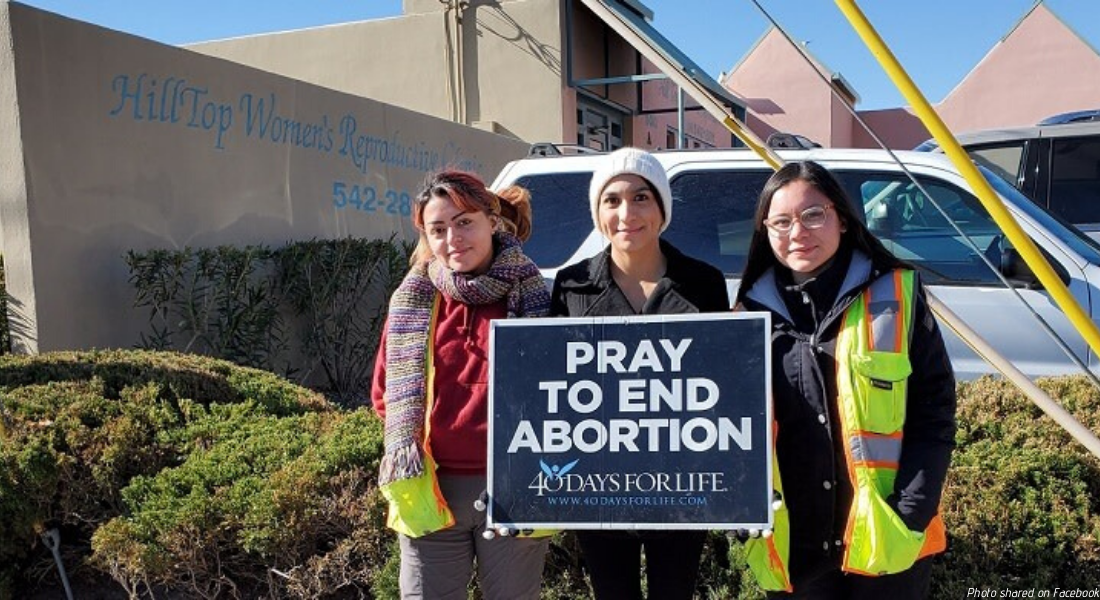 Around the world on Ash Wednesday, 507 cities kicked off their spring 40 Days for Life campaigns, and remarkably experienced the first baby saved from abortion in the early hours of the very first day.

Good news! We have our first saved baby of the Spring 2020 40 Days for Life campaign! The first saved baby came during the first hour in El Paso! The conversation the couple had with prayer volunteers empowered them to choose life.

What’s more, according to the email, though the abortion facility refused to refund the couple’s money after they changed their minds, sidewalk counselors reassured them that financial assistance was available at a nearby pregnancy help center. Carney noted that El Paso was also the first site to have a save in last fall’s 40 Days for Life campaign.

Carney also shared that two babies were saved even before the official start date. One baby was saved around 7:00 pm Tuesday night, as a prayer warrior in Milwaukee, Wisconsin, stood vigil. The man reported, “Praise the Lord for HE is GOOD! He showed us a save tonight. A grandmother and daughter made a great decision tonight to love their BABY!” And in Boulder, Colorado on that same day, another baby was saved. This save was particularly remarkable, given that “saved babies are hard to come by in Boulder” since “the vigil is held in front of one of the world’s most notorious third-trimester abortion facilities. Many women travel across the country for late-term abortions in Boulder, and are reluctant to turn back.”

Janet, one of the pro-lifers praying on the sidewalk at the time, wrote, “They told us they changed their minds because they saw us praying. People say that our presence praying makes couples change their minds, but until I witnessed that, I only nominally believed it.”

READ: Baby saved from abortion after mother sees him waving on the ultrasound

According to their website, 40 Days for Life is “an internationally coordinated 40-day campaign that aims to end abortion locally through prayer and fasting, community outreach, and a peaceful all-day vigil in front of abortion businesses.” Since its inception in 2007, 40 Days for Life knows of 16,742 babies saved from abortion, 196 abortion workers who have quit their jobs, and 106 abortion facilities that have closed after one or more campaigns were held on the sidewalks outside. 63 countries worldwide have held at least one campaign. The fall 2019 campaign was the most successful to date, with 738 known babies saved and five workers leaving the industry. This spring campaign will end on April 5th. Interested individuals can find a vigil location near them here.