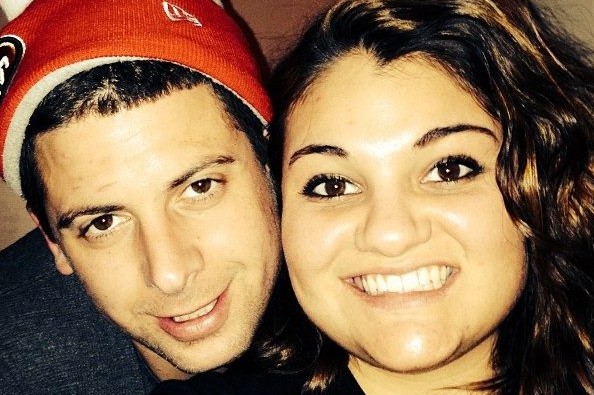 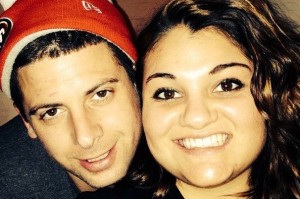 As many mothers and fathers can attest, seeing your unborn child on an ultrasound is a watershed moment for most parents-to-be. What is imagined only by a small quickening, a flutter in the tummy, suddenly materializes into an image that floods the mind and overwhelms the heart. It was just this moment that propelled Kevin and Emily into a nightmare that threatened their baby’s fragile existence.

In love and on top of the world, Kevin and Emily were like most young couples, laser focused on building a life together and on careers–hers as a full-time social worker and his growing a fledgling flooring business. Although they hadn’t planned it, both were overjoyed when they discovered that God had blessed them with a beautiful gift: Emily was pregnant. By all accounts, the pregnancy progressed normally, and the baby was healthy. Excitedly, the couple planned and prepared for the newest addition to their young family.

On April 16th, Kevin and Emily arrived early for a routine appointment with the obstetrician. By then, Emily was 18 weeks along. The couple was excited when the nurse agreed to squeeze them in for an ultrasound later that day. They couldn’t wait to see the images of their precious child and possibly to find out if it was a girl or a boy.  For Kevin and Emily, the ultrasound would leave them with more questions and few answers.

“Our entire life was flipped upside down as the ultrasound began,” Emily said. “Any mother out there can agree that when there is something wrong, you can immediately tell. As soon as the nurse left the room after beginning the ultrasound, I knew there was trouble.”

The nurse quickly returned with the doctor, who studied the images on screen, his face wrinkled with worry. Finally facing the anxious parents, the doctor informed them that there was a cyst on the baby’s abdomen, and they had to consult a perinatal specialist immediately. Armed with an appointment the following morning and without an inkling of what they were facing, the young couple could only wait and wonder.

The next day Emily and Kevin again showed up early for the appointment. Following another ultrasound, the distraught parents-to-be discovered that the cyst was larger than the baby’s head, and Emily’s amniotic fluid was very low.  Stunned, the young couple sat in the doctor’s office, tears in their eyes, as he informed them that they had two options: terminate the pregnancy or to go to Cincinnati Children’s Hospital and have the cyst drained. Immediately, they packed a bag and headed for Cincinnati Children’s hospital.

The next day was filled with tests, more tests, and even more devastating news. According to the team of perinatal specialists, Kevin and Emily’s unborn baby didn’t have a cyst but instead had a condition called Bladder Outlet Obstruction, or BOO.  BOO prevents the bladder from draining properly. Urine backs up into the kidneys, risking organ damage and possible kidney failure. In addition, the low amniotic fluid threatened the development of the baby’s lungs.  The young parents were informed that BOO occurs in one out of 4,000 births, and without treatment, their baby wouldn’t survive.

“Our options were a bit different now,” Emily said. “I could undergo an invasive procedure in hopes of opening the blockage, we could terminate the pregnancy or do nothing and Henry would die before birth.”

According to statistics, one out of five women choose to move forward with the prenatal surgery while the other four out of five babies are killed through pregnancy termination.  After prayerful consideration, Kevin and Emily decided that their baby was a gift from God, and they didn’t have the right to kill their child.

Less than a week after that first ultrasound and 19 weeks pregnant, Emily underwent major surgery to clear her baby’s bladder obstruction. The sex of the baby couldn’t be determined by ultrasound or during the operation, but further blood tests showed that Emily and Kevin were having a boy, whom they named Henry Jordan. Although doctors declared the surgery a success, the family has a long, tough road ahead.

“We are overjoyed that the result of the procedure, and how the first ultrasound following it looked,” declared Emily. “I am now home recovering, but we are not out of the woods. We are still facing possible immediate dialysis when Henry is born and a probable kidney transplant at some point in his life.”

Due to ongoing health concerns related to her pregnancy, Emily was placed on bed rest until Henry’s birth. Mounting medical bills and the reduction in the young couple’s income has hit them hard. In response to this challenge, the couple has set up a gofundme account to raise money for Henry’s current and future medical bills.