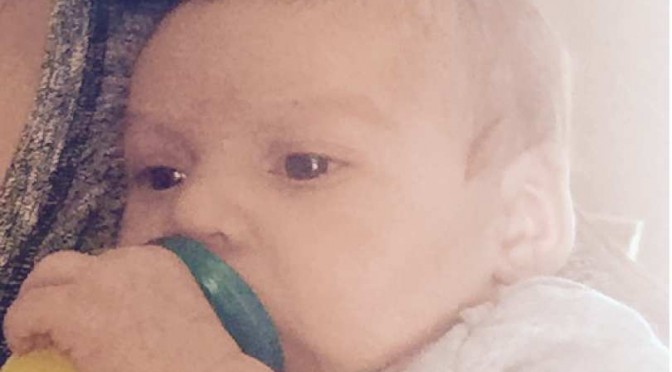 (Abortion Pill Reversal)  Being 21 years old and in my third year of nursing school, everything was going just right. I had all the materialistic things, I was going out every night, I had the perfect group of friends, I had the perfect good-looking boyfriend, and I was living my dream as a popular college cheerleader— until May 3rd, 2014 came.

Me and my boyfriend had been fighting for three days and had completely cut off communication with one another. He decided to take a flight to Miami for the weekend and I decided to go out with friends. The next evening around 6 p.m., I was keeled over with a horrible pain in my lower stomach. I begged my mother to drive me to the hospital.

After all tests were completed, the doctor entered the room with a stern look on his face and stayed quiet for what felt like hours. “I’m sorry to inform you, but you are pregnant,” were the words that rolled off of his tongue, leaving me feeling paralyzed. It was impossible! I had been on birth control for 8 years!

My mother slowly lifted her head with a face of disappointment. I stopped her before she could say anything and told her, “I’m not keeping it. I will have the problem fixed by this week.”

I said those words with no shame, as if I had gotten a bad grade that could be fixed so easily. She begged me and begged me to rethink my decision, but I was set. Two weeks later, I was still pregnant and fighting my heart on what I should do. When I finally got the courage to tell my boyfriend the news, he shut me out with a careless laugh, looked at me and said, “You know what you have to do.”

The next day my body felt numb as we drove into the parking lot of the Planned Parenthood. I approached the clerk and without even lifting her head, she mumbled the words, “How can I help you?” I whispered, “I need an abortion.”

She quickly slid me a packet of forms and told me to have a seat. As I waited for my name to be called, I just kept holding back my tears. In my heart, I knew I didn’t want to do this, but the look I saw on my boyfriend’s face made me realize that if I didn’t do this now, I would be taking the journey alone.

As they called my name into the room, the nurse began to explain the procedure to me. I would take two pills. The first pill is what they called “the killer” – it cuts off all nutrients and oxygen to the placenta over a 24 hour time span slowly killing it off. The second pill was the pill that would reject the placenta from the body, in turn completing the procedure.

I immediately broke down in tears, I couldn’t hear another word, I was sick to my stomach. She handed me a tissue and told me I was doing the right thing, that it wasn’t the right time, and led me into the exam room.

The doctor performed an ultrasound, where he revealed to me that I was actually 9 weeks pregnant already, and showed me my baby’s heartbeat. I begged my boyfriend to change his mind, he lifted his head with a look of defeat and said, “I don’t feel anything.”

The doctor sat me down and told me to open my hand, where he dropped a thick, white, round pill into my palm. I was shaking, tears flowing down my face— I couldn’t do it.

Tears ran down my face, I was literally frozen.

“Now hurry up and take that pill before it melts in your hand, it’s very expensive.”

I swallowed the pill and immediately tried to throw it up. The doctor sat me back down, handed me a brown bag, said in a stern voice, “Take the next pill in 24 hours and make sure you take it! I’ll see you in two weeks for a follow-up.”

He walked out of the room with such pride, as if he had just completed his duties for the day.

I ran out of the office, and straight for the car where I fell to the ground crying and screaming for God to forgive me. My boyfriend walked up to the car, got in, and we drove off as if nothing had ever happened. I couldn’t look at him. I hated him so much for not stopping me. I hated him for not supporting me, and I hated me for actually going through with it!

I cried for hours straight before realizing that I needed to do something to fix this. I called my mother who took me to hospitals and doctors’ offices, but they all turned me away saying, “you need to take that second pill. Even if you did find someone or something to reverse it, your child would have rare deformities and you would be seriously ill. It’s not worth it.”

Everyone turned me away. I felt helpless, worthless, hopeless! I sat in my car crying all by myself as my boyfriend and everyone around me kept pushing me to take the second pill. I had refused. I put my foot down and was going to find any way to fix my mistake.

My last hope, I turned to God. I called my aunt who spends night and day living for Him. I begged her to pray that God would understand my mistake and heal me, and save my baby. The next morning I awoke to an article on my phone of a doctor who had successfully reversed the pill and saved a life. I immediately called the number given and was directed to a hotline where the most heartwarming voice answered.

She had told me that because I was now hitting 48 hours after taking the first pill, that it would be difficult, but to have hope! She told me to wait 10 minutes and she would get in touch with the doctor. Fifteen minutes later the doctor called me, she told me to immediately head over to her office. Being a Saturday, the office was not open, but for me, for my child, she went out of her way to help me. Upon arrival, she welcomed me with open arms as I just broke down to her and told her how sorry I was. She informed me that if there was a heartbeat, she would immediately start the reversal, but told me that if a heartbeat did not appear, that there would nothing that she would be able to do.

As she turned on the ultrasound machine, my heart was beating out of my chest and there, right there, a miracle happened and a heartbeat appeared on the screen. She immediately turned it off and started the reversal. I followed up with my doctor for about two months, and then she sent me off to be cared for my regular OB/GYN.

December 31, 2014, I gave birth to a beautiful, strong, healthy baby boy, and my boyfriend was by my side the entire time. My whole pregnancy, and the days spent with my son have been unexplainable.

I thank God and I thank my doctor— an angel sent from above to save precious little lives and to save the lives of mothers— because without her, I don’t know where I would be today. It took me a while to face what I did, but I thank God every night for the angel he has given me. I named my son Gabriel after the archangel in heaven, because he is a miracle— a true angel!

Editor’s note: This story originally appeared at Abortion Pill Reversal, and is reprinted here with permission.