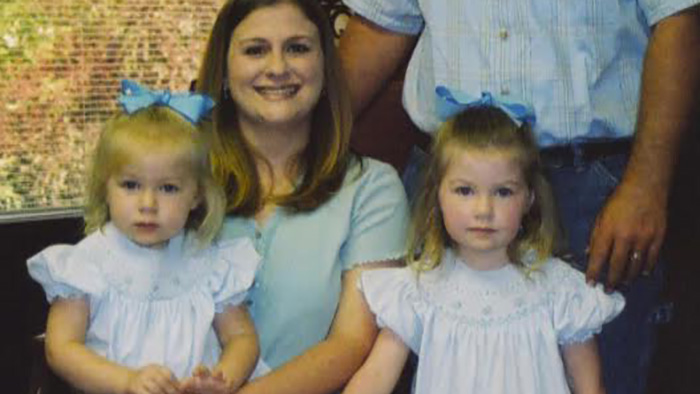 Rachel panicked when she found out she was pregnant. She was using illegal drugs and feared the drug abuse would cause her baby to be born with complications or severe deformities. Rachel believed that having an abortion was her only option. She talked with a few of her co-workers about her pregnancy decision. They were Christian women who encouraged her to value the new life growing inside of her.

When Rachel told her boyfriend Nick about the pregnancy, he was in support of her keeping their child. Nick begged Rachel to not abort their baby, but she was still convinced it was the best choice. She ignored her boyfriend’s wishes and scheduled an appointment at an abortion center for the very next day.

Rachel was 17 weeks along in her pregnancy and the abortionist told her she would need a two-day procedure. The first day of her procedure, the abortionist inserted sterilized seaweed called laminaria that allows the cervix to be dilated. In the video below, former abortionist Dr. Anthony Levatino describes what happens once laminaria has been inserted in the most prevalent second trimester abortion procedure.

Rachel was told to return the second day for the removal of the “contents of her uterus.”

Everything was going according to Rachel’s plan until the abortionist did an ultrasound to ensure the laminaria was in place. It was then that Rachel caught a glimpse of her preborn child. An ultrasound can have a very powerful effect on a woman, and for Rachel, it caused her heart to soften toward her child. She suddenly knew that abortion was not what she wanted to do.

Rachel asked the abortionist to remove the laminaria, but he refused, telling her she would be “just fine.” Rachel persisted and went to the emergency room for help. Her co-workers who had encouraged her not to abort joined her there. To her dismay, the doctors in the ER weren’t able to offer her any help. They told Rachel they couldn’t interfere with a procedure the abortionist started. Rachel was beginning to feel things were hopeless when one of the ladies from her office suggested she go to a CareNet pregnancy center in Huntsville called Choose Life. Rachel’s boyfriend joined her and although the center was getting ready to close, they took time to listen to her story. The staff at Choose Life called local doctors and one of them said he would try to save the baby if she came to his office immediately. The doctor had recently started volunteering at the center and he showed compassion towards Rachel. He was able to successfully remove the laminaria, and Rachel and Nick heard their baby’s heartbeat for the first time.

Rachel and Nick are now married, and the child who was saved from abortion is a little girl named Alora. They now also have another beautiful daughter.

Rachel shared these encouraging words on the CareNet website:

We are so thankful for the wonderful people at Choose Life. And to anyone who is considering an abortion, I would say that it is normal to be afraid. It is normal to feel like you cannot handle the situation, but you don’t have to because God will carry it if you let Him. There is help if you will just seek it out. I could not imagine life without my daughter!