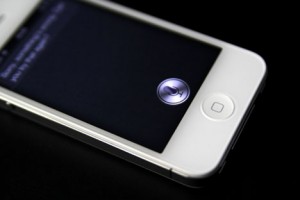 Baby Nolan is alive today because of a smart phone app that a local master technician downloaded onto his phone. In the city of Spokane, Washington, emergency dispatchers received a call that the little one had stopped breathing and was turning blue. They sent out an alert to residents who had the PulsePoint app, which connects cardiac arrest victims with people who are CPR certified and can help during the crucial moments when paramedics are on the way. Olson downloaded the app because he is a volunteer EMT.

The technician, Jeff Olson, was working in his shop when he said he heard a siren-type alarm go off on his phone, similar to an Amber Alert. The app told him that there was an individual in need of CPR at a local address. He ran down the street to the address, and found the baby and panicked adults. Olson acted quickly, administering CPR and rescue breathing. He was able to save the baby before paramedics even arrived.  Baby Nolan is recovering in the hospital.

There is an increasing need for technologies like the PulsePoint app since, ironically, other technologies are responsible for slowing down emergency response times. NBC recently reported that drivers who are distracted by electronics while driving are becoming increasingly problematic. Drivers fail to notice sirens or move out of the way because they are texting or playing with their gadgets in the car, adding crucial moments to emergency response times while victims await assistance. Some paramedics and firefighters report that the issue has been responsible for multiple deaths.