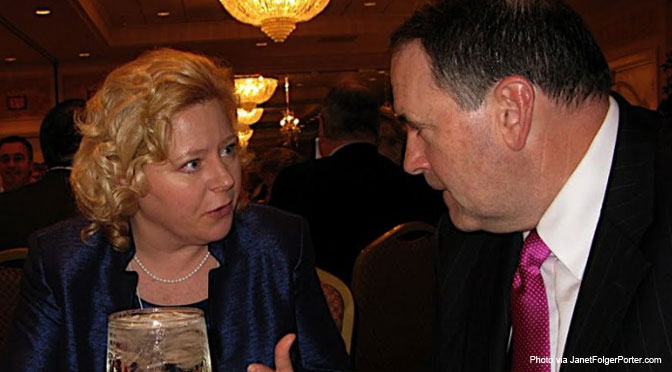 Longtime pro-life leader and author of the Heartbeat Bill, Janet Folger Porter, is a candidate for the Ohio State Senate and has picked up the endorsements of several well-known pro-life leaders, including former 2016 presidential candidate Governor Mike Huckabee.

She’s one of the most fearless champions for faith, family and for freedom I’ve ever known… And, I’m convinced that no one would be a better champion for life than Janet Porter.

Governor Huckabee is joined in the video by Focus on the Family founder Dr. James Dobson, Phyllis Schlafly of Eagle Forum, Troy Newman of Operation Rescue, Mat Staver of Liberty Counsel and others, urging supporters to cast their vote for Folger on election day.

As Live Action News previously reported, Porter decided to run for the State Senate in Ohio to challenge what she calls “the establishment” which has refused to pass the pro-life Heartbeat bill. Porter is the former legislative director of Ohio Right to Life, and authored and helped to pass the first ban on the infamous partial-birth abortion procedure. She has also worked to pass the pro-life Heartbeat Bill in Ohio – legislation she criticizes her opponent, Larry Obhof, for not supporting. Porter also claims that Obhof funded ObamaCare.

“While claiming to be a pro-life champion, Larry Obhof BLOCKED the pro-life Heartbeat bill for five years and voted to fund Obamacare!” Porter said.

Gov. Huckabee agreed, saying of Porter’s opponent, “When someone says that they’re pro-life but they don’t sponsor and support legislation that will save life, you have to wonder what those meanings are when pro-life comes about.”

Porter told Live Action News that she is, according to “Right Wing Watch,” a group dedicated to “monitoring and exposing the activities of the right-wing movement,” the pro-abortion camp’s second “most-watched” woman in America.

“They are watching–and they only watch those whom they consider to be a threat,” she stated.