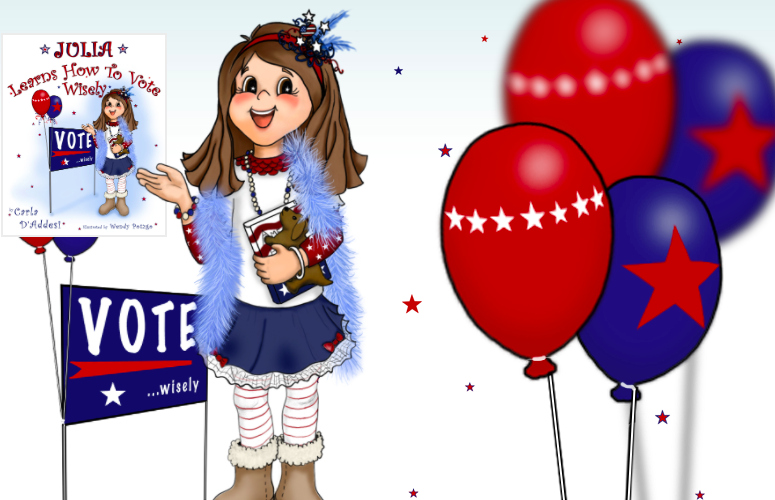 Some of our strongest sentiments are developed from the stories read to us as children. Wife, mother, and radio host Carla D’Addesi is thus committed to building a culture of life and liberty through her Julia Learns book series. D’Addesi spoke with me via email about her work, which has garnered praise from Monica Cole of One Million Moms at the American Family Association and Susan B. Anthony List’s Marjorie Dannenfelser.

Amanda Read: In 2012, a particular fictional “Julia” character came into cultural discussion when the Obama campaign created a cartoon narrative called “Life of Julia.” Did that have any impact on your idea for a series about a very different Julia, or was that completely coincidental? 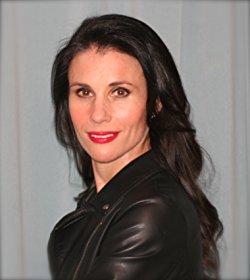 Carla D’Addesi: I decided to write a children’s book on the evening that Obama won the Presidency for a second term. I was shocked that people of faith had not voted their values not only once, but twice to allow this man and his unwise policies into our White House. I began writing to encourage my children that we vote to be Biblically correct and not to be politically correct. My youngest daughter’s name is Julia, and in my books she is guided by her older and wiser sisters. My ‘Julia’ series was born from truthful conversations that I have had with my three future voters. God knew that the Obama campaign created a “Life of Julia,” but I did not. My ‘Julia’ series is the antithesis of Obama’s narrative called ‘Julia.’

AR: How was the publishing process for your series? Did you pitch it to multiple publishers or take a self-publishing route?

CD: I knew that it may take up to 10 years to find a traditional publisher and my message to our future voters needed to become accessible immediately, so I decided to self-publish, as this allowed my book to hit the market within the year of starting my writing process. The lengthiest part of my book process was finding a talented illustrator who aligned with my book’s conservative principles and felt called to my book’s mission for children.

AR: How is Julia introduced to policy issues in Julia Learns How to Vote Wisely?

CD: Julia Learns How to Vote Wisely explains with simple text and colorful illustrations that God has created three institutions: marriage, government, and the church. The book continues to explain that our mission as Christian families is to be the salt and light of our world. This mission includes government. Curious Julia discovers that voting wisely means voting for leaders who create pro-God laws and not anti-God laws. Julia learns that we always vote for the candidate “who protects babies while they are growing in their mommies’ tummies.” She learns that voting is our duty as people of faith. Therefore, we always vote. Julia learns that just as God holds us accountable for whom we choose to marry and choose as friends, God will also hold us accountable for whom we vote.

AR: Have you encountered any media criticism for creating children’s books that feature traditional wisdom on topics like marriage and voting?

CD: Julia Learns How to Vote Wisely traveled to a small publisher’s desk three months after it was launched, and I received a phone call that this publisher loved my Julia book and wished for me to write a Julia book about marrying wisely. This book was to point children to God’s plan for marriage — which is one man and one women. My second book, Julia Learns How to Marry Wisely, was written. A third book followed, Julia Learns How to Protect All Life Wisely, and it was at this time that we decided to create coloring books for each printed book as well as Spanish translations. I have encountered criticism for my children’s books from those who believe life does not need to be protected and that a definition of marriage does not need to exist. Although the criticism and bullying are targeted at me, I view the criticism as targeting Jesus Christ’s principles and not me. It is His light that is being written on the pages of my children’s books that is exposing darkness in other people’s agendas. We know that darkness hates the light, according to St. John. This is to be expected when we follow Jesus Christ’s ways for our families.

AR: Do you plan to only write for the children’s genre at this time? Or do you have any books for older readers in mind (fiction or non-fiction)?

CD: I feel passionately that our children are the future of our faith and the United States of America. My books are being used to train our children as early as four years old in God’s precepts for contemporary issues. My books are the only books that teach our children how to behave as Christians in our contemporary world with difficult issues. I continue to feel led to write for the grammar years, four to eight years old, as this is the time to plant seeds of wisdom to grow mature wise adults.

AR: Do you have any other Julia books in the works?

CD: Julia Celebrates the Very First Christmas (and coloring book) is to be launched November 10, 2016. I am excited about this book as the purpose is that each child who reads this book every night in December will have the miraculous Luke 2:1-20 Christmas account memorized by the end of the month. Then our children will have the historical account of Christmas hidden in their hearts all year and not only on December 25!