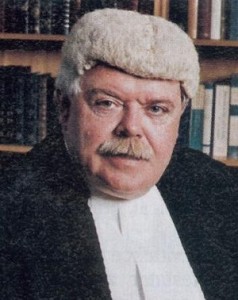 An Australian judge is in hot water after suggesting that incest should be destigmatized. The not-so-honorable Garry Nielson compared incestuous relationships to–surprise, surprise!–gay marriage, and said the only real consequence was genetic abnormalities in offspring. Which isn’t really a problem anymore, because it can be easily solved with…drumroll, please… abortion!

He said incest was now only a crime because it may lead to abnormalities in offspring but this rationale was increasingly irrelevant because of the availability of contraception and abortion.

“A jury might find nothing untoward in the advance of a brother towards his sister once she had sexually matured, had sexual relationships with other men and was now ‘available’, not having [a] sexual partner,” the judge said.

“If this was the 1950s and you had a jury of 12 men there, which is what you’d invariably have, they would say it’s unnatural for a man to be interested in another man or a man being interested in a boy. Those things have gone.”

Did I mention that he said this during the trial of a man accused of raping his then 11-year-old sister? What a charmer! I’m sure the victim agrees that all of her problems could have been solved with a trip to Planned Parenthood for birth control and abortion.

The prosecutor in the case is demanding that Nielson be removed for these crowd-pleaser comments, calling them “misogynistic and disgraceful” and that “the reference to abortion was particularly repellent.”

It’s easy to dismiss this story because it reads like something from The Onion. Sure, Judge Nielson sounds like a buffoon who embraces evil and perversion in the name of breaking down societal barriers. But we can’t just laugh this off.

There is no doubt that Nielson, who holds a powerful position in the Australian court system, is dead serious. Next, he and his ilk will be recommending manatory abortion for pregnant incest victims–and they might just get their way. I’m sure euthanasia for disabled children in Belgium once sounded nutty, too.