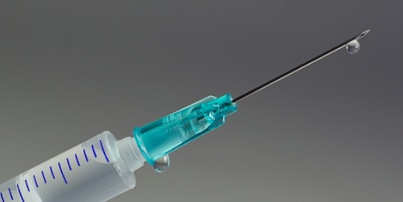 The abortion industry: a revolving door of incompetence and danger. 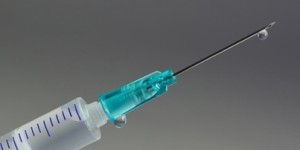 An Australian doctor is on trial for carelessly spreading hepatitis C to 55 women in an abortion clinic. James Latham Peters, 63, was addicted to the opiate fentanyl, and he reused the same needle he injected himself with on the women who came in for abortions. In his compromised state, he did not realize that he was spreading his own infection to the women.

When the abortion clinic hired Peters, they knew they were getting a doctor who had a history of drug abuse. In 1996 his license was suspended because of his drug habit. The abortion clinic, however, gave him another chance. His defense barrister, John Dickinson, called the clinic’s decision “mind-boggling“: “It was catastrophe waiting to happen, which did eventuate. It is a little bit like putting a sugar-addicted child in a candy store and saying ‘behave yourself.'”

Reporters revealed that a number of Peters’s victims have been suicidal and spent time in psychiatric wards. Finding themselves facing a serious, lifelong, communicable illness, they struggle to cope.

According to one victim, who was quoted in an article in the Herald Sun:

After being informed about the crime, I felt so violated. I can no longer trust anyone in my professional and personal life. I was fired from my job … [and] I have been very sick for the past 12 months. I’m definitely not the same person I was before the crime – so full of confidence and a successful chef. I now view myself as weak and incapable.

Abortion clinics, both in Australia and in the United States, have a hard time finding doctors. Although abortion is profitable, it is a stigmatized profession within the medical field, and many doctors have ethical reasons for not wanting to work at clinics. Because of this, clinics often have to hire doctors who have had previous disciplinary action taken against them.

For example, Dr. Ralph Robinson was hired by Summit Medical Center despite the fact that his license was suspended in Ohio, he was put on probation by in Kentucky, he had been disciplined in Washington D.C., and he had surrendered his California medical license in 1991. In 1992, he botched an abortion on Stacey Wade, causing permanent, severe injuries.

Joseph Durante was placed on probation in California when he misjudged the age of the baby he was aborting. He thought the pregnancy was 6 to 8 weeks along when the baby was really six months old. He had no problem getting a job afterwards. His license was suspended only when he injured another woman.

Nicholas Braemer botched an abortion in 1987 and was found by the California medical board to be guilty of “gross negligence, repeated negligent acts, and incompetence.” His license was suspended for 90 days. He continued to perform abortions until 2000, when he severely botched another abortion, leaving a woman with permanent bowel damage. There were a number of other counts against him as well, and he chose retirement rather than facing the revocation of his license.

Harvey Brookman had his medical license revoked or suspended New Jersey and New York in 1996, and it was previously suspended by Pennsylvania in 1995. Yet he continued to practice until 2005.

David Benjamin had his license revoked for injuring five women during abortions, and he was disciplined as early as 1980 for malpractice. He lost privileges to two hospitals and had been found guilty of “gross negligence, gross incompetence, and abandoning or neglecting a patient and failing to keep accurate medical records.” His license had been suspended for three months, and he had received a period of probation. Yet he was hired by an abortion clinic in New York and didn’t leave practice until he killed Guadalupe Negron, a mother of four, at the Metro Women’s Center abortion clinic in Queens in 1993.

Abortion may be legal, but it is not truly safe. It is never safe for the unborn baby, and often is not safe for the mother, either.