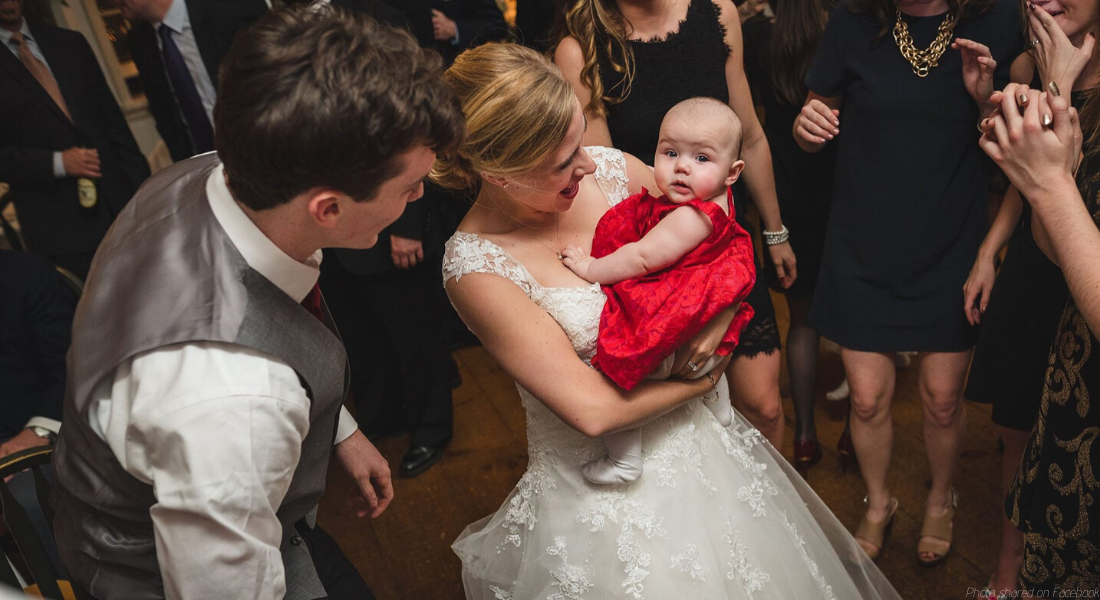 It’s not often that two people getting married and having babies makes nationwide news. But the story of Tommy Davis and Annabeth Donovan has become near-legendary, particularly in sports media. And it’s one that deserves to be shared because they’re a living example of how the unexpected — like a baby — doesn’t have to mean giving up one’s hopes, dreams, and goals.

Davis and Donovan met when both were freshmen at Princeton University; Davis played ice hockey, while Donovan was a star field hockey player. But when Donovan realized she was pregnant, she thought her athletic career was over. “It was pretty shocking news, and I felt like I had failed, and it was an undoable mistake,” she told ESPN. “I felt like I had ruined my life.” Donovan had come from a long line of Princeton alums; two of her older sisters had played field hockey there before she did, and she had just been named Ivy League Co-Rookie of the Year. “I had a plan for my life,” she said. “And everything was going according to plan.” 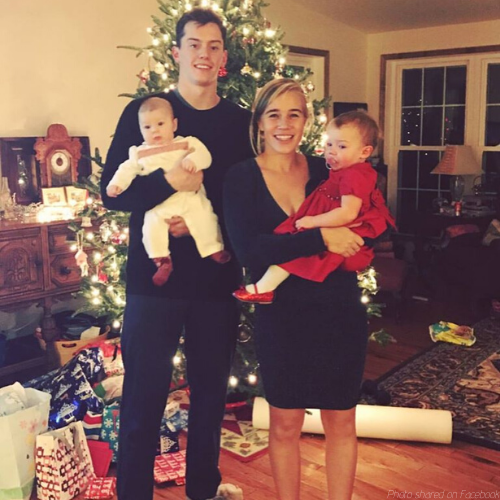 Davis and Donovan with their daughters. Photo via Facebook.

But then, during Donovan’s sophomore year, she began to feel nauseous, and Davis suspected she was pregnant. “I realized, you gotta get your act together,” he said in an interview with The Athletic.

Donovan, one of the captains of her field hockey team, continued to play, but struggled, even though she had the support of her parents. “I remember stepping out — you wave when your name is announced — and thinking, ‘This is the last time I’m ever going to do this,'” she said. “I saw my mom in the stands, and I started bawling.” But after the game, her mom gave her a gift that gave her a new perspective: a bag of sesame seeds, indicating how big her baby was right at that moment. And Davis promised her that they would be all right. She was also terrified of breaking the news to her coach, Kristen Holmes-Winn, who excitedly declared that she was going to be an aunt. “For the rest of my life, I will love her for that response,” Katy Donovan, Annabeth’s mom, told The Athletic.

READ: How colleges and universities can help pregnant and parenting students

In July of 2015, their first daughter, Esme, was born; they were married later that year. As Donovan began training, hoping to restart her field hockey career, she found out she was pregnant again. And their second daughter, Adeline, was born in September of 2016. But both Davis’ and Donovan’s parents stepped up to help babysit, and support both of them as they finished college. Davis was able to graduate Princeton with a degree in history, and returned to hockey, where he was voted captain his senior year. After graduating, he continued to play hockey for a top program, while getting his MBA. Donovan not only got her bachelor’s degree but rejoined the field hockey team, starting 14 games and helped the team to the NCAA final four. “I finally feel comfortable in all of my roles,” she said of her senior year. “It took a long time to get here, to where I’m not worried or stressed but I feel like we’ve hit the balance.”

It’s no secret that not everyone has the privilege or support that Davis and Donovan did. But their story still exists as a roadmap for other students in their situation. Abortion is not the answer; it’s providing young parents with more – and better – support and resources than is currently the norm. It’s faculty who are understanding and work with pregnant and parenting students to help them be successful, instead of against them. Abortion allows the current system, where there is no support for these students, to continue. It forces women to choose between their children and their educations. But this isn’t how it has to be. Every woman should be empowered to find success while parenting, like Annabeth Donovan did.