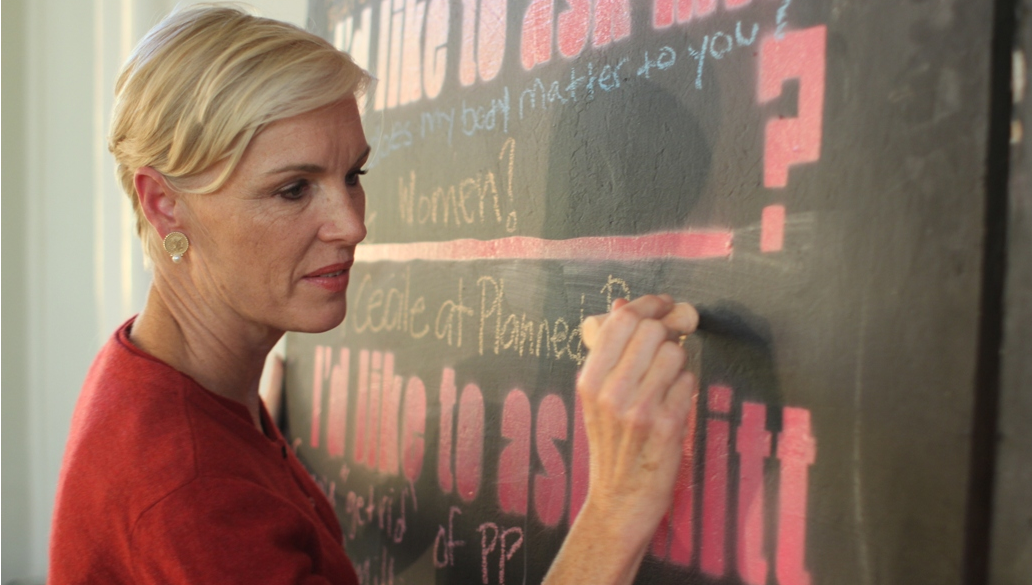 Time to put the abortion-provider in the spotlight. 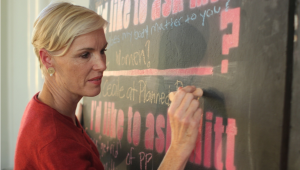 Cecile Richards “asks Mitt” instead of asking the hard questions to Planned Parenthood.

As part of the silly “Women Are Watching” campaign run by Planned Parenthood, tweets with the hashtag “AskMitt” are making their tottering way around cyberspace. I’ve already written about how the ever-watchful eye, splatted right in the middle of “women,” kinda creeps me out.

But now, I’m wondering why an organization that is being investigated around the nation is trying to ask questions of someone else. Planned Parenthood has even posted this photo of Cecile Richards, taking her turn at the “Ask Mitt chalkboard.”

Well, what if we turned the tables back to where they’re supposed to be? Instead of #AskMitt, let’s #AskPP.

#AskPP: Why do you support the execution of unborn women?

#AskPP: Why do you refuse to report the sexual abuse of minors?

#AskPP: Why do you claim to fight for women, yet support abortion that specifically targets unborn women?

#AskPP: Why do you lie about providing mammograms instead of giving women real info about where they can go?

#AskPP: Can you explain the 10 ambulance calls at your centers in the last 20 months?

#AskPP: Can you explain the neglect and horrible choices that killed Tonya Reaves at a PP clinic this year?

#AskPP: Can you explain why your doctor put Roberta Clark’s life at risk, failing to diagnose her ectopic pregnancy and ending her fertility?

#AskPP: Why do you continue to lead the greatest genocide in human history? Over 54 million dead and counting every day.

#AskPP: Why do you dismiss the true health care of women and their most basic right to live and be born?

#AskPP: Why don’t you focus more effort on adoption?

#AskPP: Why did you turn my pregnant friend away and say you couldn’t help her since she wanted to keep her baby?

#AskPP: Why don’t you support saving babies who are strong enough to survive abortions?

#AskPP: Why do you prey upon the weakest, most helpless, and most vulnerable among us?

That’s yet another fancy smokescreen, designed to avoid the myriad of questions women, men, and families ought to be asking Planned Parenthood. You don’t get to ask questions when you haven’t answered the most important ones yourself.

So, will you join me? Add your own questions below, and let’s #AskPP!