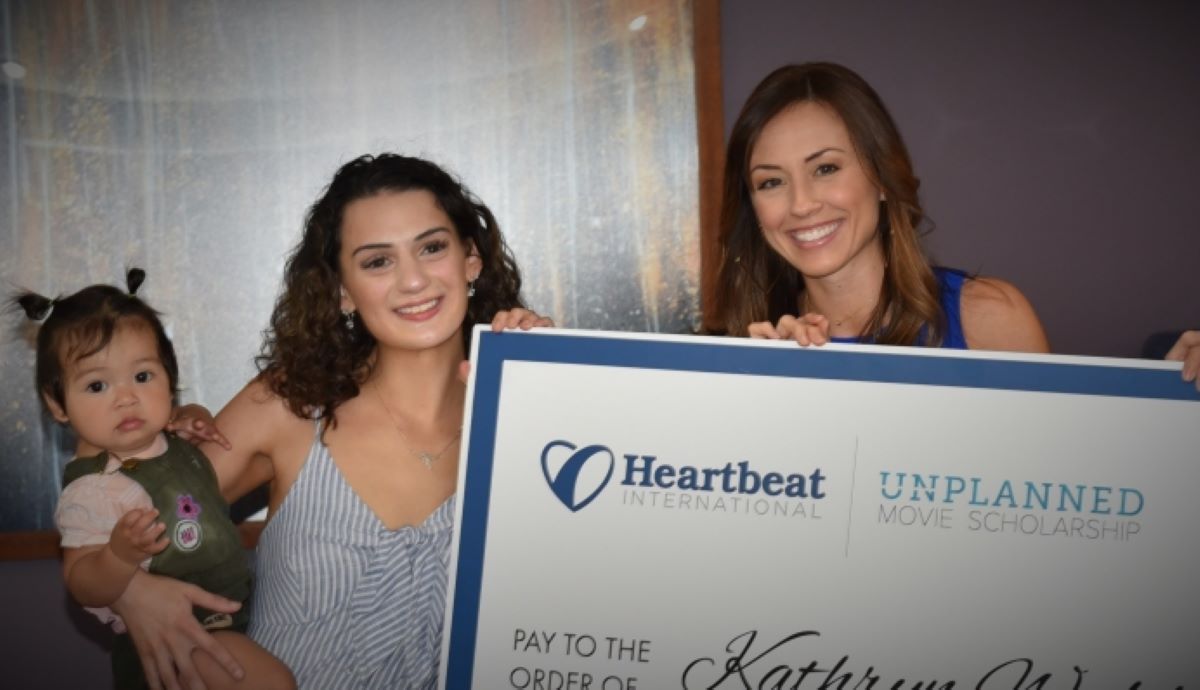 (Pregnancy Help News) Another single mom will have support to complete her education because of a partnership between Unplanned lead actress Ashley Bratcher and Heartbeat International.

Bratcher paid a visit to the Alight Center pregnancy help medical clinic in New York State’s Hudson Valley to surprise the young mother in person and award her with the Unplanned Movie Scholarship.

Katy, 17, recently graduated from high school and is mom to Mariana, who is two weeks shy of her first birthday.

When Katy learned she was pregnant as a junior in high school, like many young women she was scared and thought abortion was her only option. She considered going through with the procedure even to the point of going to an abortion facility.

In the end Katy chose life, and after working hard to parent and complete high school, she will now have support to further her education from the scholarship, which exists to help young women pursue their educational dreams and choose life.

“Being here in Hudson, New York, and being able to award another scholarship at Alight Center has been incredible,” said Bratcher. “Katie is such an inspirational woman. She is 17-years-old, and she chose to parent after going from wanting an abortion to considering adoption, and then ultimately making the decision to be the mother of her daughter.”

“And not only is she graduating early,” Bratcher said, “but she has plans to continue on and eventually become a nurse. And she’s already back at the center, she’s giving back.”

Inspired by her role in the movie “Unplanned” based on the story of pro-life activist Abby Johnson, Bratcher began partnering with Heartbeat International for the scholarship in 2019 to honor women who choose life while facing an unplanned pregnancy.

Bratcher is especially passionate about assisting young women in this scenario, having experienced it herself.

“I wanted to turn to other young girls and say, yes, you can,” Bratcher told Pregnancy Help News. “You can do this and we’re going to help you.”

Pregnancy help centers can assist clients is applying for the scholarship. Katy is the third recipient.

“She’s this amazing young woman who, when she found out she was pregnant, she went through the whole rigmarole about what she wanted to do, what she was going to do, and scared, didn’t know where to go, what choices to make,” said Jennifer Lawlor, executive director for the Alight Center.

“And when she came here, she found the help she needed,” Lawlor said. “And we’re so excited for her because she graduated high honors this year, was accepted to at least six colleges around the country, and she’s taking care of her baby.”

“She’s doing a great job as a mom and we’re so proud of everything she’s done and how she’s raised Marianna,” added Lawler. “And we can’t wait to see what’s next for her.”

The Alight Center staff and supporters threw a graduation party for Katy as reason for her and family members to come to the center. After she arrived and got settled for the party, Bratcher appeared to announce the award.

“I’m just like, so surprised,” Katy told Pregnancy Help News. “I did not realize that this was going to happen.”

“I thought it was just going to be a little party,” said Katy. “Little did I know that I was going to get a scholarship. I was like, wow!” 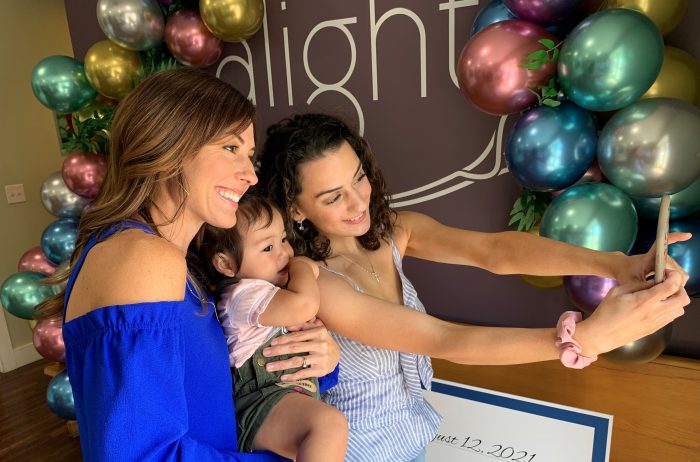 She was appreciative to Bratcher and Heartbeat.

She plans to study first to be a certified aesthetician and then pursue nursing.

“I’ve heard a lot about you and your story is just really inspirational,” Bratcher told the young mother. “And I know it’s not easy to be a young single mom. You’re really working hard to be the best mom that you can be. And along with Heartbeat International and this scholarship – we just want to see you succeed and we want to support you and all the ways that we can.”

“We think you’re amazing,” continued Bratcher. “And you’re exactly the kind of women we want to honor. So, thank you for choosing life. You’re going to make your daughter so proud, and we can’t wait to watch you flourish.”

Asked why she wants to go into nursing, Katy said, “I just love helping people and being in that environment.”

“I’m so glad I became a parent because she’s amazing,” Katy stated regarding choosing life for her daughter.

Sara Littlefield, grant program specialist for Heartbeat International, also celebrated Katy’s fortitude, the Alight Center’s support for her and the opportunity the scholarship will foster.

“The Unplanned Movie Scholarship is a testament to the tenacity and heart of faith,” she said, “not only of moms who continue to pursue their dreams while raising their babies, but also of pregnancy help ministries on behalf of their clients.”

“What a joy it is to watch the vision of moms choosing life while chasing their dreams come to fruition!” said Littlefield. 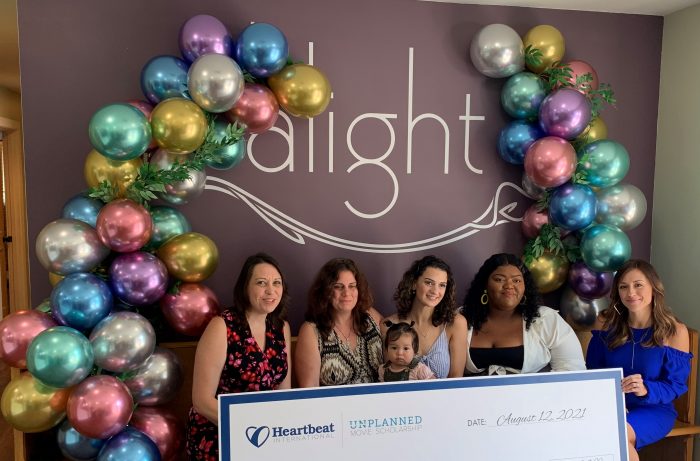 Connie is a client advocate for the Alight Center and among those there who have watched Katy come a long way.

“I am so happy this is happening,” she said after Katy’s scholarship was announced. “What I love about her is when she talks about it (being a mom) now.”

She remarked how Katy will always have Mariana with her in the ongoing classes offered by the center.

“I said, you know, we’re a team we’re together,” Connie said. “She’s grown into this beautiful mother, and it’s been a long journey, but she she’s really done a great job.”

Lawlor said everyone at the center will continue to follow and support Katie as she pursues her educational dream.

“So, we’re looking forward to seeing her give back to her community,” said Lawlor. “That’s what she wants to do. She wants to do what we did for her in essence, so to love others and share.”

“We can totally see her being someone who will turn around and pick up another person in her position,” Bratcher said. “And that’s what we want. We want these women who are going to inspire other women and show them that you can do it.”

“That’s the whole purpose of the Unplanned Movie Scholarship with Heartbeat International,” she said. “You can be a mother and you don’t have to give up your baby to be able to pursue your dreams.”

LAN Editor’s note: This article was published at Pregnancy Help News and is reprinted here with permission.