“The Martian Chronicles” author Ray Bradbury once said, “I define science fiction as the art of the possible.” And sometimes, science fiction provides us with a picture of possibilities in the form of pro-life themes found in unexpected places.

“The Pre-Persons” is a little-known science fiction short story published in 1974 in the wake of the Roe v. Wade Supreme Court case that made abortion legal in all 50 states. The story takes place in a dystopian United States where abortion is legal not just for preborn children, but also for children under the age of 12 who are unable to comprehend algebra.

As the plot goes, when one adult male sees a group of children about to be taken to the abortion facility, he insists on being taken with the children, claiming he has forgotten how to do algebra. Naturally, this creates quite a stir when he arrives, forcing the administrator and the staff into a quandary as the man insists that he, too, meets the qualifications to be aborted. Soon, the administration decides to let the man and the children go, in an acknowledgement of the humanity of the entire group.

The pro-life themes are quite prevalent throughout the story, showing the humanity of all the characters involved with the plot. Anyone who reads a copy is likely to think that a pro-life advocate penned it — but they would be wrong.

Philip K. Dick was the writer for many groundbreaking science-fiction stories. His novella, “Do Androids Dream Of Electric Sheep,” would go on to become the basis for the hit film “Blade Runner” and its sequel “Blade Runner 2049.” Likewise, his writings such as “Total Recall,” “The Minority Report,” and “The Adjustment Bureau” have all gone on to become major motion pictures. Dick helped to define cyberpunk and is considered one of the best sci-fi writers in the United States. 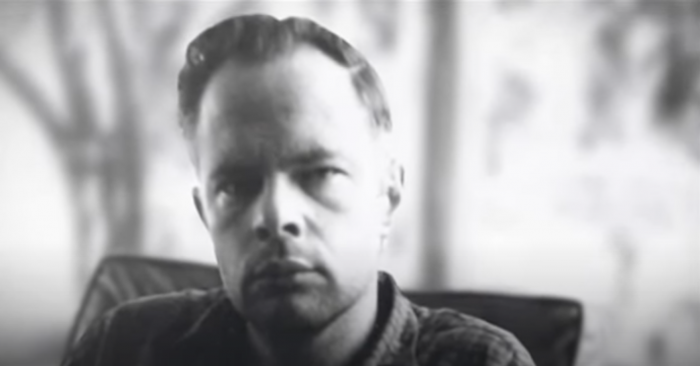 What readers might not know is that he also is the author of “The Pre-Persons,” which first appeared in the pages of “The Magazine of Fantasy and Science Fiction” and would go on to be reprinted in anthologies of Dick’s works. However, as his stories gained more notoriety, “The Pre-Persons” slowly vanished from the collections with the last major U.S. reprint being in 2014.

It is no secret that pop culture is plagued with pro-abortion content. From dystopian tales like ‘The Handmaid’s Tale’ to comedies like ‘Shrill,’ the pendulum tends to swing away from the pro-life message. However, “The Pre-Persons” is no outlier. I would make the case that science fiction, even accidentally, is predisposed to being pro-life.

Exploring the possibilities of life

Science fiction is all about the unknown. Even subgenres like steampunk, time-travel, and cyberpunk explore the unknown world to find new adventures. They show the potential and the possibilities that humanity has in making new discoveries. The pro-life message is all about giving preborn children the chance to live — the result being to find their own life adventures, so to speak.

In the episode “Evolution” in season three of “Star Trek: The Next Generation,” Acting Ensign Wesley Crusher accidentally creates a form of sentient microscopic robots after they are exposed to the Enterprise’s computer core. At first, a guest on the starship insists they be destroyed, likening them to “insects,” but the crew decides to defend the new life forms and eventually allows them to speak through the android crew member, Data. Their request is simple: “let us live.” In the end, the Enterprise crew leaves the robotic beings on an uninhabited planet that they can make their own. 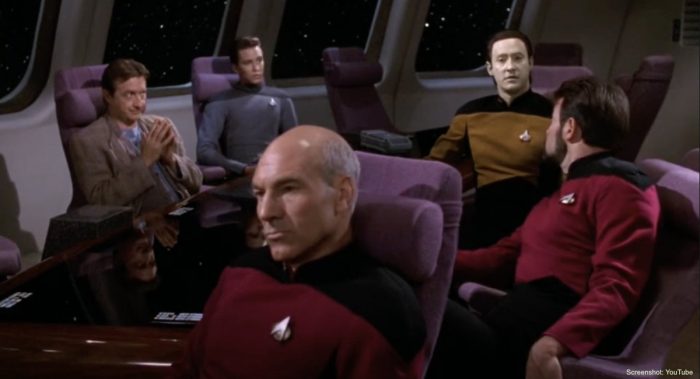 It is unknown whether Star Trek creator Gene Roddenberry or any of his successors writing Star Trek episodes were at all pro-life. That being said, the analogy is clearly there. The microscopic robots have no voice to speak for themselves, one person insists they be “aborted,” but the crew gives them a chance at life — and they flourish.

Another example of a pro-life ethic displayed in sci-fi is the Netflix thriller “I Am Mother,” in which a robot raises a young girl to eventually take her place and restore humanity after it was wiped out in a catastrophic event. The girl soon realizes that the robot has other sinister motives, but it is the undertones that are important. When we see tubes of preborn human beings gathered in the robot’s lair, it is made clear that these children are alive and that they will eventually become a new population for Earth.

While, again, there is no evidence that the filmmakers are closeted pro-life advocates, it is hard to miss such a clear message that these children are not mere “clumps of cells,” — they are humanity’s future. 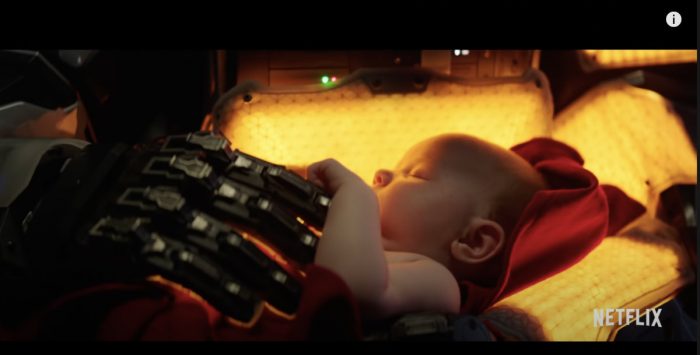 This perspective on the pro-life themes found in science fiction is, of course, up for debate. Yet, the reasoning is there. When we approach science fiction, we see new galaxies, advanced technology, intrepid explorers, and brave men and women pushing past their limits into futuristic adventures. You cannot see a galaxy, build equipment, or map new worlds without first recognizing that life, from its beginning moments, is the greatest adventure.

A child in the womb is a human being who is simply growing and being prepared for all of the adventures and possibilities to come.