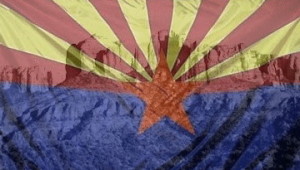 You know how normal medical facilities are subject to all kind of regulations? In most states, abortion clinics are completely exempt, with tattoo parlors and veterinary clinics held to higher standards. In February, Arizona State Representative Debbie Lesko introduced a bill to allow surprise inspections of abortion clinics. Governor Jan Brewer has signed that bill into law.

Arizona Gov. Jan Brewer (R) has signed into law a measure that treats abortion clinics just like other medical facilities in the state, making them subject to the same health and safety inspection standards, including spontaneous inspections.

The Women’s Health Protection Act (HB 2284) requires abortion clinics to be subject to the same safety and inspection standards as all other health care institutions. In addition, the legislation makes it a crime to help a minor obtain an abortion and avoid Arizona’s parental consent requirement.

For all the talk from pro-abortion advocates about how important the health and safety of women is, they don’t seem to have much concern about actually protecting their health. They oppose any attempt to hold abortion clinics to the same standards as other medical facilities, while claiming that abortion is “health care”. Somehow, they miss the contradiction there.

And unsurprisingly, the abortion lobby is furious over this law:

“CAP believes that you and I don’t have any core values,” said Bryan Howard, president of Planned Parenthood Arizona. “And so they believe that they should impose their dogma on us.”

“This is a dictatorship; make no mistake about it,” said Kat Sabine, executive director of NARAL Pro-Choice Arizona.

Writing at the Huffington Post, Rita Nakashima Brock, Ph.D., co-founder of the Soul Repair Center at Brite Divinity School, said Arizona’s new law has “instituted warrantless surprise searches of abortion clinics, even though abortion is one of the safest medical procedures women use in the United States…”

Regarding supporters of the new law, Brock said, “Their alleged intention to help women and save fetuses is polite cover for their nefarious goal of restoring the white supremacist patriarchal culture of the Jim Crow south.”

Part of what encouraged Lesko to introduce this legislation is one of Live Action’s undercover investigations. Several employees, including the abortionist, from the Family Planning Associations Medical Group abortion in Phoenix, Arizona were caught on tape saying they were willing to break several Arizona laws, including lying about the woman’s gestational age in order to circumvent Arizona’s 24 week abortion ban, lying about fetal development, and stating that they would not resuscitate the baby if he or she was born alive after the abortion.

Thanks to this new law, the Arizona Department of Health Services will now be allowed to perform unannounced inspections of abortion clinics if there is reasonable cause — i.e., a complaint has been filed or if there is suspicion of a violation. This is the exact same standard that every other medical facility is held to. Why, exactly, should abortion clinics be exempt from that if what they’re providing truly is “health care”? What do abortion advocates have to hide?