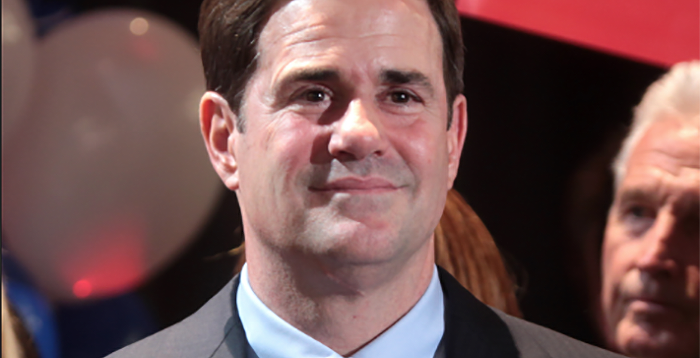 On Tuesday, Arizona Republican Governor Doug Ducey signed into law a budget stripping at least $200,000 in funding from Planned Parenthood, calling the budget “proof the government can live within its means and be responsible with the people’s money.”

The budget, which takes effect on July 1, ends abortion providers’ practice of charging the government for more than the cost of medications, which Planned Parenthood is accused of using to obtain “reimbursements” up to ten times the actual cost.

The provision was added to the budget by an amendment last week. The language exempts licensed hospitals and outpatient facilities operated or owned by licensed hospitals, and calls for a study to determine just how widespread the over-billing practice is.

Accusations of Planned Parenthood’s over-billing are indeed not isolated to a single state. Oklahoma found that the abortion giant over-billed its taxpayers at least 1 in 7 times. The state of Washington settled with Planned Parenthood out of court in 2010, with the organization paying back just over half of what it allegedly over-billed taxpayers. A former staffer at Planned Parenthood of the Heartland in Iowa also says she witnessed fraud and over-billing of Medicaid, stating that the abortion giant paid under $3 for the same birth control for which it would then charge the state’s Medicaid program $35. And that was just the tip of the iceberg.

“Working families deserve to know that their hard-earned dollars are being used prudently and not being wasted,” she said. “We applaud the pro-life legislators and governor who stood with women and families this session and boldly passed humane laws.”