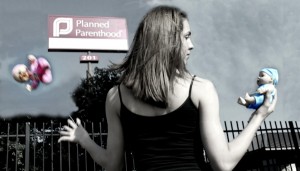 “Are American girls somehow less valuable, or do they deserve less dignity, less worth?” Assemblywoman Shannon Grove (R-Bakersfield) proffered this question to the California Assembly Health Committee on May 6, 2014 in response to the growing trend of sex-selective abortion taking place in the Golden State. Grove introduced Assembly Bill 2336, entitled the Prenatal Nondiscrimination Act, which would “prohibit a person from intentionally performing or attempting to perform an abortion with knowledge that the pregnant woman is seeking the abortion because of the gender of the unborn child.”

According to Breitbart, “[t]he Prenatal Nondiscrimination Act ran into opposition and was ultimately rejected by all of the Democrats on the committee, who saw the bill as a preclude to broader abortion restrictions.” One such assemblyman, Rob Bonta (D-Oakland), stated, “The way the bill is crafted, it seems to be a very significant roll-back on a woman’s right to choose and that’s not something I’m prepared to support.”

Bonta’s argument of infringing on a woman’s right to her own body appeals to the fact that legally, there cannot be an undue burden on a woman’s ability to govern her bodily decisions. From a legal standpoint, Planned Parenthood v. Casey (505 U.S. 833 [1992])gave the standard that the “undue burden test should be used in evaluating abortion restrictions before viability.” The state has the authority to regulate and make laws regarding abortion so long as the laws do not “impose a substantial obstacle” (Id at 2829) for women to get an abortion. Justice Stevens, in his opinion in the case, attempts to shed further light on the nebulous undue burden standard by explaining, “A burden may be ‘undue’ either because the burden is too severe or because it lacks a legitimate, rational justification” (Id at 2844).

Bonta, along with fellow California Health Committee Democrats, defeated the bill under false pretenses – namely, that it allegedly restricted a woman’s ability to govern her body. AB 2336 does not restrict or impose a substantial obstacle on a woman to receive an abortion. The bill would have placed a ban only on a particular reason for wanting an abortion, not on the procedure itself.

Further, the bill is not too severe and is rooted in a legitimate, rational justification: it was an effort to end sex discrimination toward baby girls and the favoring of baby boys. The bill would have aided in preventing sex ratio disparities, which, as demonstrated by China, have devastating societal consequences. There is also no evidence to support findings of severity in AB 2336, because the bill in no way restricts the abortion procedure.

With the unfortunate rejection of this bill, the highest form of observable discrimination will continue on American soil in the State of California.