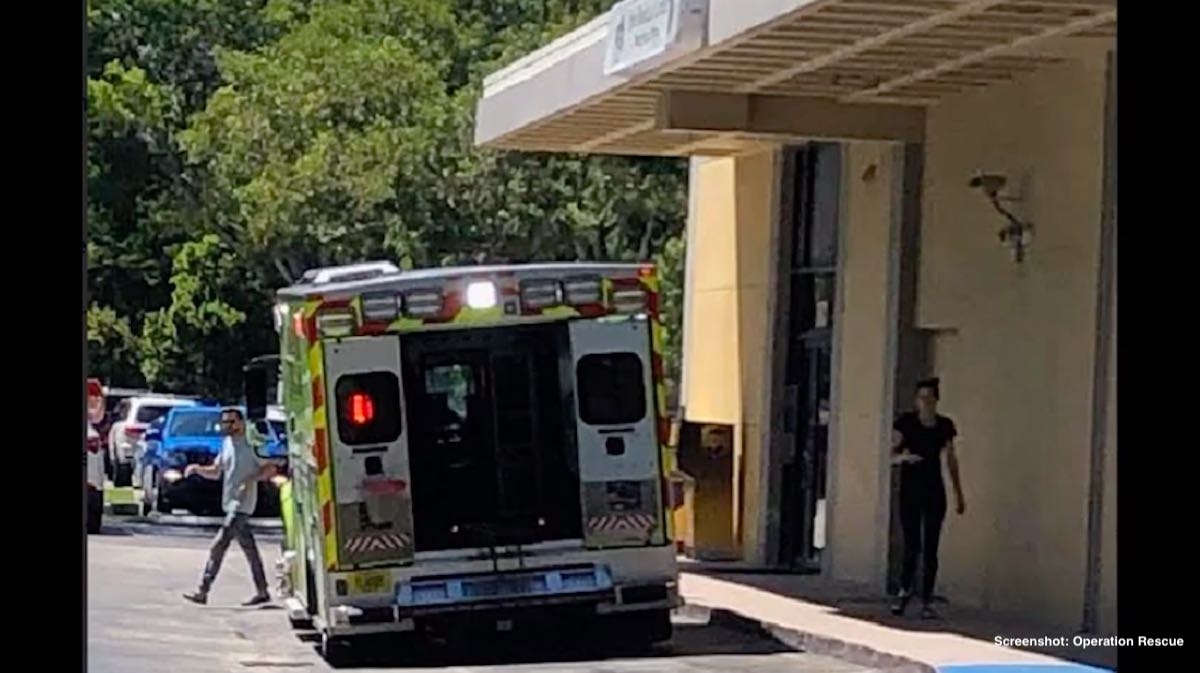 A woman was seriously injured at a Planned Parenthood facility in Columbia, South Carolina, earlier this year. The incident and 911 call were discovered by A Moment of Hope and sent to Live Action News by the group’s executive director, Mark Baumgartner.

On January 12, a Planned Parenthood staffer called 911 after a woman wouldn’t stop bleeding after an abortion. At the beginning of the audio, the staffer can be heard muttering, “This is insane,” before the dispatcher answered. When asked why the patient needed emergency services, the staffer responded, “The patient is bleeding out.”

As Live Action News previously reported, in March, a staffer at a different South Carolina Planned Parenthood — this one in Charleston — also called 911 for a woman who was hemorrhaging.

A Moment of Hope is a sidewalk counseling organization in Columbia, South Carolina, that reaches out to abortion-minded women at Planned Parenthood, offering practical resources for mothers who choose life through their pregnancy care teams. “Sadly, we know that abortion is never safe for the baby, but in many cases, it isn’t safe for the mother, either,” Baumgartner said in a recorded statement.

One of the group’s sidewalk counselors is a post-abortive woman who struggled with infertility after having two abortions. Though she experienced 13 pregnancies, only three of her children survived to birth. The scar tissue in her uterus from her abortions made it difficult for her to carry children later, and she now wants other women to know they have better options.

“If I would have had something like A Moment of Hope available to me, if there would have been anybody standing outside the clinic, that would have given me pause,” she said. “They [the abortion facility] took advantage of me as a woman. And I was not in the right state of mind to even ask the questions I needed to ask to ensure that this wasn’t going to affect me later on, when I had kids. There was no conversation.”

Abortion injuries serve as reminders that abortion is simply not safe for women; even if nothing goes wrong immediately during the procedure, women can tragically suffer both physical and emotional repercussions later.