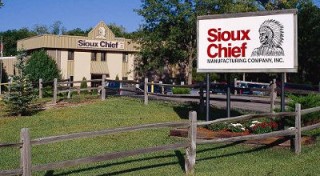 Beating a mandate that shoots holes in the Constitution.

The owners of Sioux Chief Manufacturing Company, a Missouri company that manufactures plumbing products, was granted a preliminary injunction last week, pausing the effects of the HHS Mandate from taking effect while the courts determine the constitutionality of the Mandate. This mandate was given by President Obama and requires most employers to provide abortifacient drugs, contraception, and sterilization as part of insurance packages. Employers who have convictions against providing the drugs have challenged the lawsuit in federal court.

According to the complaint filed by Sioux Chief Manufacturing:

Failure to provide an insurance plan with abortifacient drugs, contraception, and sterilization will result in fines of approximately $2,000 per employee per year. The company needed an injunction before March 1, 2013, the date when it needed to make decisions and arrangements before the new plan started on April 1, 2013. The Western District of Missouri judge signed the order on February 28, 2013.

The complaint alleges that the Mandate violates four different parts of the constitution: the Free Exercise Clause, the Establishment Clause, the Free Speech Clause, and the Due Process Clause. It also alleges violation of two Acts: the Religious Freedom Restoration Act and the Administrative Procedure Act.

According to Alliance Defending Freedom Senior Counsel Kevin Theriot, co-counsel on this case:

The Obama administration should understand that it cannot force Americans to abandon their beliefs at the door of the workplace.  The Constitution simply doesn’t allow the government to involve itself in religion by deciding what faith is, who the faithful are, and when and where their faith may be lived out. Confining our faith to our homes and our churches is not the job of Washington bureaucrats.