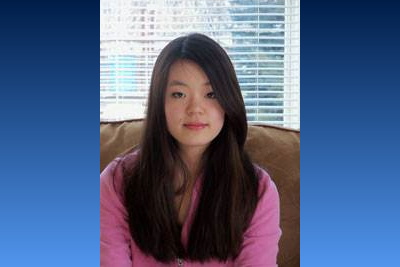 Angie Kim’s on a mission – one that many would deem impossible.  The 15-year-old activist and her Teenage Life Club plan to have one million pro-life letters sent to the White House. Here’s what Angie has to say about the 2012 Pro-Life Letter Campaign:

What is the Teenage Life Club?

Kim: The Teenage Life Club is a teen-run, pro-life, Christian group. We’ve been around since April 1, 2011, and right now the group has 6 members including me, all Christian girls. The members are spread across five different states, so we’re considered a national group. Our ultimate goal is to glorify God and help bring an end to abortion. We plan to do so by opening opportunities for inactive people with pro-life views to become active, teach youth and children about abortion in the safest way possible, and other things along those lines.

What inspired you to launch the letter campaign? What do you hope to accomplish?

Kim: How this campaign started out was definitely God’s providence. I wanted to write a letter to the White House, but I knew that the chances of someone reading it thoroughly and reacting to it were small. So I thought that the girls in The Teenage Life Club could send letters too. Then the idea morphed so that I found myself wondering why we couldn’t encourage other people to send letters. Eventually, we set a goal of 100,000 letters sent in one month, which changed to 1,000,000 within a few days.

We hope to do several things. The first is to open an opportunity for people with pro-life views to become active in the movement for life. I know a lot of people who want to do something but don’t know where to start. Also, the 1 million letters are a picture of the number of babies aborted every year in the United States alone. Actually, it is less than the actual number, but that is our goal right now. We want to remind America and the government that abortion is still present and that there needs to be a change. We want to also make an impact before elections so people can vote in a pro-life president.

How many letters have already been sent?

Kim: As far as I was told, roughly 578. This is not nearly enough, but I also know that people send letters without contacting me. Still, as long as the letters are sent, my group and I are satisfied.

Kim: Life Site News wrote an article, and bloggers are spreading word of this campaign. Also, there’s a Facebook movement and chain email going around. On top of this, teenagers and pastors have been taking the initiative and have been spreading word of the campaign individually. My group and I have been contacting individuals, pro-life groups, and churches. I did a presentation at one church and may do a few more. The campaign is spreading, and the spread is entirely God’s work. We’re relying on Him and praying that He will let this happen.

What feedback have you gotten?

Kim: My favorite quote came from a very supportive pastor who responded to an email I sent out: “What ambition for a small group of kids … but why not think/dream/plan/pray BIG?! Oh me of little faith.” Pastors, pro-life groups, and teenagers have been the most supportive, and the feedback is amazing. Already, there are people who are now becoming actively pro-life. Even if we completely fail this campaign, it’d be worth it because of all the people who are changing.

Kim: Please pray for the 2012 Pro-Life Letter Campaign. We do not have nearly enough support right now, but through God all things are possible. We’re holding on to that truth, knowing that if it is His will, He’ll make this happen.

Please, spare a piece of paper, an envelope, a stamp, a couple minutes of your time to mail a letter to:

After you’ve sent the letter, do these things:

A little effort goes a long way. Every letter counts towards saving a life!