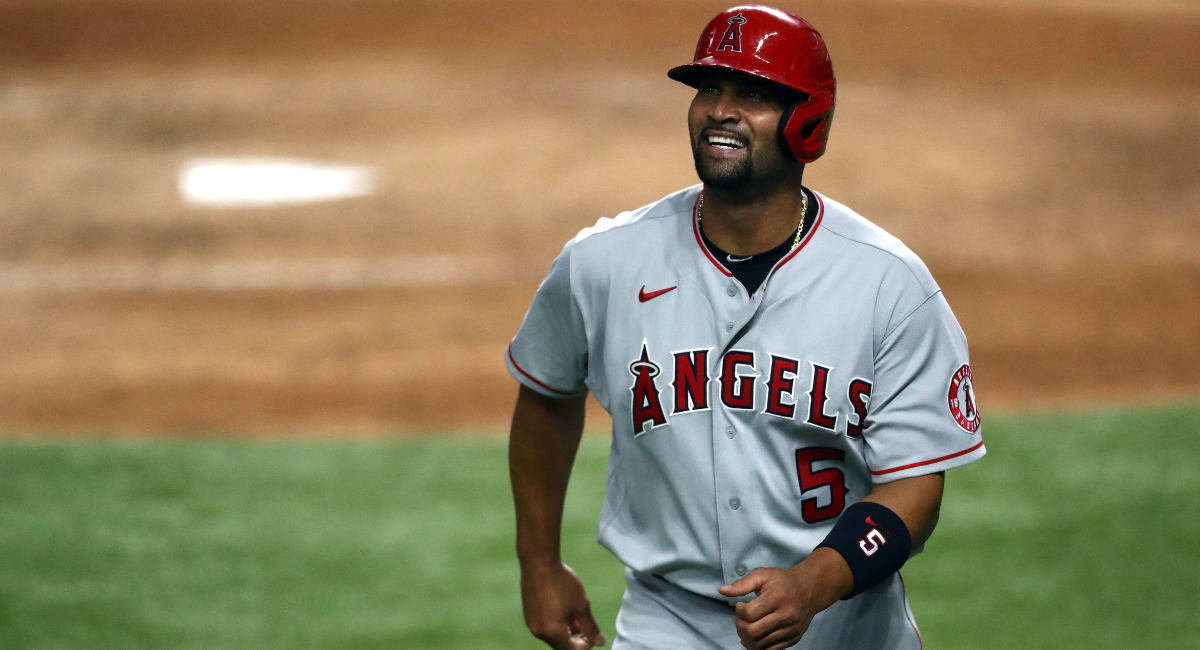 Pujols, a three-time National League MVP, raises money every time he hits a home run. Supporters of the program make a pledge through the player’s charity, The Pujols Family Foundation. Donations will be used to “promote awareness, provide hope and meet tangible needs for children and families who live with Down syndrome,” as well as help children with disabilities and/or life-threatening illnesses and impoverished people in the Dominican Republic, according to the PledgeIt site.

1st Home Run of the season is in the books for @PujolsFive!! 👏

You can help support the @pujolsfound with every homer @PujolsFive hits this season! ⚾️

Pujols’ dedication to children with Down syndrome started at home. His then-girlfriend Diedre was a single mother with a newborn baby, Isabella, who had Down syndrome. When on their first date she told Pujols about her situation, Diedre expected never to hear from him again, but instead Pujols adopted Isabella as his own. Soon after the couple married and Pujols’ career took off, they decided to start the family foundation in 2005.

In the 16 years since its inception, the foundation has touched the lives of thousands around the country and internationally. The Pujols Family Foundation has raised awareness in the community about Down syndrome and hosted events like proms and banquets for students with Down syndrome. The charity has also hosted mission trips to the Dominican Republic, as well as initiatives to combat human trafficking and help rehabilitate and reintegrate victims into society.

“At the end of the day, when we die, they put us in a nice suit so we can look good in the casket. But you cannot take anything else with you. You cannot take all your cars. Or your home,” Pujols said, according to the Los Angeles Times. “So I’ve tried to get the most out of [life] by making an impact in the community. The game is going to be part of your memory, but to put a smile on a family or a kid, that’s treasure.”

To legendary baseball manager and Hall of Famer Tony La Russa, Pujols is the real deal. “I’ve seen some outstanding examples, especially the last couple years, players are more aware of what they should give back to the community, to different causes,” La Russa said, according to the Los Angeles Times. “But I’ve never seen anybody do more than Albert.”