Burrell Lankford knows a thing or two about babies. That’s because the 77-year-old has fostered 173 newborns in his lifetime. Together with his wife Leanna, who passed away five years ago, the Austin, Texas, man fostered for a total of 36 years.

Burrell was recently interviewed by Texas station KUT-FM as part of its “Hi, Who Are You?” segment. A neighbor, Mark Charbonneau, contacted the station to find out more about the Lankfords’ amazing feat after another neighbor visited Burrell and noticed photos of babies all over the house — 173 photos. “It’s an incredible legacy, Burrell, and that’s one of the main reasons why I wanted to meet you,” Charbonneau said.

Burrell is all modesty when discussing his selfless act of fostering. He credits Leanna, a social worker, for introducing the idea to the family, saying, “It started back in January 1976. My wife brought the issue up before the family and decided that she wanted to be a foster parent, so she asked me and the kids if we would be interested and everybody said yes.”

While the Lankfords already had two children of their own, Leanna was ready to open her home to others after becoming a stay-at-home mom.

“She liked children. She liked babies particularly, and I was a little concerned she would want to adopt all the children that would walk through our door,” he told the station. “I had this vision of driving the family around in one of these big, yellow school buses.” 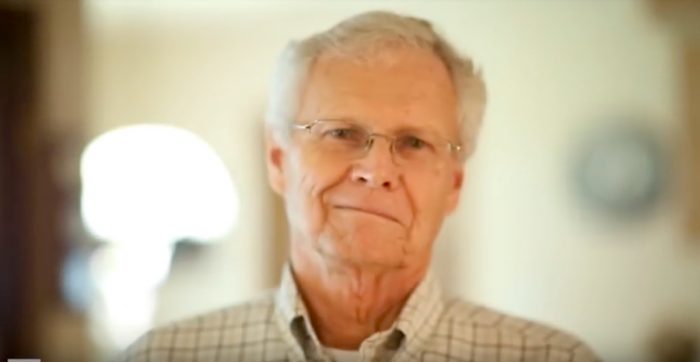 When asked how the family managed to care for the children – sometimes two or three at a time – Burrell says that it quickly became part of their daily life. “Feeding, bathing and getting ’em dressed. You’ve got to give all the credit to the foster moms. In my case, I worked during the day. [My wife was] here all day long, working with the babies,” he said.

While fostering brought its joys, it certainly brought its challenges, too. Burrell describes how some of the babies came to them with drugs in their systems, while others had health issues or needed surgeries. However, he says the hardest part was always saying goodbye when it was time for the babies to move on. “It hurts. I mean, you get so adjusted and then you put all yourself into taking care of that baby – and then he’s gone, or she’s gone. And it just brings you to tears,” he said.

Charbonneau asked Burrell if he and Leanna ever second-guessed their decision to take on such an enormous responsibility. “No,” he said, adding that if his wife was still alive, the couple would still be fostering today. Burrell summed up his experience saying, “Well, we hope we made a difference. We don’t know, but we hope we did.”