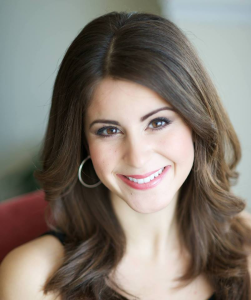 In a bizarre article on Salon this week, Amanda Marcotte pins Lila Rose as one of seven women whom she believes are working to “attack equal rights for women.” It must have been backwards day in Marcotte’s universe, because, in fact, the exact opposite is true.

Rose concentrates most of her energies on demonizing Planned Parenthood in hopes of cutting off state and federal funding, so that low-income women lose access to affordable contraception and reproductive healthcare services.

Lila Rose does unabashedly call a spade a spade. When Planned Parenthood does something despicable, like teach kids that sadomasochistic bondage sex is totally healthy behavior for their age group, Lila will point out how despicable that actually was.

Rose’s strategy is to do “undercover” videos, which are usually deceptively edited, to build the claim that Planned Parenthood’s services are evil and need to be terminated.

If the videos were edited in a “deceptive” way, why would Lila Rose make uncut originals available to the public? Hmm? The videos do build up the claim that Planned Parenthood needs to be terminated, but Planned Parenthood does that on their own by saying and doing the things they do on-camera.

While a couple of employees have, in the many years of Rose’s activism, been caught on camera doing a poor job and were subsequently fired, most of the people Rose targets on camera are only saying “shocking” things if your audience already believes women should not have access to contraception and sex education.

“A couple” of employees were doing a poor job? Try pretty much all.

How about when this Planned Parenthood representative said that the organization believed the decision of whether or not their abortionists should commit infanticide should be left up to a woman and her doctor?

Or when this Planned Parenthood worker helped a pimp to find out where his illegally trafficked sex workers could be taken for illegal abortions, even if they were fourteen years old?

Or when ALL of these Planned Parenthood employees said they would gladly accept donations from racists, earmarked specifically for the killing of black babies?

Or when the President of Planned Parenthood blatantly lied to the public on national television, claiming falsely that the organization provided mammograms?

Should we continue? Because we can.

Her latest attempt at a “sting” involves activists secretly taping themselves asking sex educators questions about sexual practices like bondage. Audiences are supposed to be horrified because the educators answer the questions honestly instead of shaming the patients. Research shows that honest, non-judgmental sex education is far better than sex-negative programs that try to discourage sexual experimentation through shaming.

Lila has never suggested shaming curious teens. She has never suggested painting a negative view of sex as an antidote to the horrifying behavior of Planned Parenthood. Lila has simply pointed out the problematic nature of condoning actions that have led to death. Lila also hasn’t shied away from the pointed question of why — when so many parents are publicly opposed to this type of dangerous “sex education” being given to their teens– is Planned Parenthood receiving over $1 million in taxpayer funding every day to carry out this type of behavior.