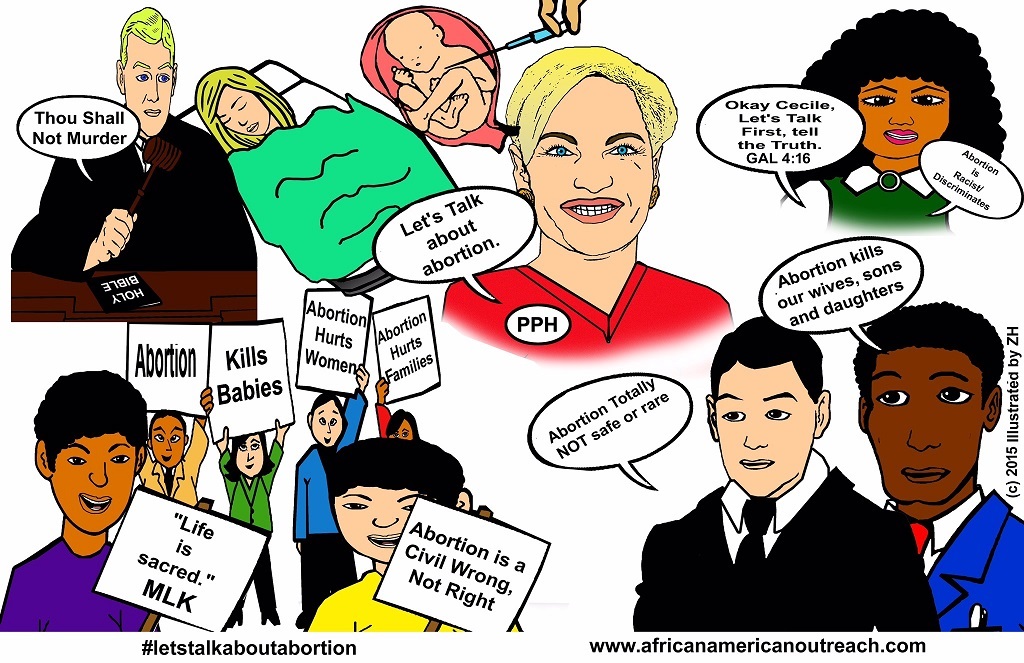 “Yes, it’s a conversation that’s long overdue; over 56.9 million dead babies overdue, a third of them being Black…. Let’s be clear from the onset – we’re talking about ABORTION. Not reproductive rights. Not healthcare or access to healthcare. Not a woman’s right to do what she wants with her body because the baby is not her body.

“Many pro-life leaders have challenged Cecile Richards to have this conversation several years ago but we’ve never received a response.”

King continues her challenge to Richards, saying she hopes the outspoken Planned Parenthood leader won’t shy away from actually talking about abortion.

Citing the hundreds of women who have died from “safe and legal” abortion, King agrees that it is time to talk—but she encourages dialogue on both sides:

“In the past, any discussion over abortion has been heavily slanted in favor of the pro-abortion lobby…. Like so many other propagandists Ms. Richards says, “Let’s talk about abortion,” but then is nowhere to be found when we say, “Okay, let’s talk.”

Let’s REALLY talk about abortion. When and where would you like to meet?”

Indeed, Richards did call for dialogue about abortion when she wrote in TIME, “America has an urgent need for authentic public dialogue about abortion.” However, her piece then goes on to praise “compassionate doctors” who help women kill their babies in the name of a “woman’s choice.” She claims to want to share stories with women at the center, but Richards only allows for one type of woman to share: the one who agrees with killing preborn babies.