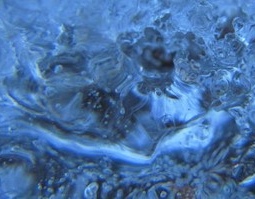 While many Americans are pouring buckets of ice water over their heads in the name of research for Amyotrophic lateral sclerosis (ALS), commonly known as Lou Gehrig’s Disease, few are aware of the life issues involved with this fundraising. The ALS Association, which has been the beneficiary of more than $22.9 million from the Ice Bucket Challenge, is involved in the use of embryonic stem cells for its research practices and has long been recognized as a research organization whose practices conflict with pro-life values. The Ice Bucket Challenge has participants either pouring a bucket of ice over their heads and posting a video on social media or making a donation to the ALS Association; many people have done both. The American Life League gives ALS Association a “red negative/minus sign” which “indicates that ALL does not consider the organization worthy of support from pro-lifers.” ALL notes that ALS Association is currently using a stem cell line from embryonic stem cells, by its own admission. ALL cites an email to ALL from Carrie Munk at the ALS Association in July of this year:

“The ALS Association primarily funds adult stem cell research. Currently, The Association is funding one study using embryonic stem cells (ESC), and the stem cell line was established many years ago under ethical guidelines set by the National Institute of Neurological Disorders and Stroke (NINDS); this research is funded by one specific donor, who is committed to this area of research. In fact, donors may stipulate that their funds not be invested in this study or any stem cell project. Under very strict guidelines, The Association may fund embryonic stem cell research in the future.”

That should come as no surprise from anyone who researches the ALS Association. Its own website reports:

“The discovery that human embryonic stem cells can be isolated and propagated in the lab with the potential of developing into all tissues of the body is a major medical breakthrough. But it has raised ethical concerns.”

This ethical concern is one that pro-lifers have taken to task as the organization has used a fun gimmick to masks the tragedy of some of its research. Live Action President, Lila Rose said:

“It is noble to combat a deadly disease, and the ice bucket challenge definitely puts a fun spin on philanthropic efforts. That’s why it’s such a shame that the ALS Association, while striving to save some people, chooses to support research that thrives from experimenting on and killing tiny, innocent human beings. “Embryonic stem cell research, which requires the destruction of pre-born people, is inherently unethical and a violation of fundamental human rights, and even materialists must admit that promises of its benefits have failed to deliver. There is no good reason to condone this practice; in fact, all it does is taint the ALS Association, whom I’d otherwise be happy to support. “We can’t do evil for the sake of some hoped-for future good. If someone promised you that he might be able to save your life if only you’d let him kill someone else, would you take the offer?”

Other life leaders have chimed in on this issue over the years, as well as in response to the viral fundraising videos. Patheos notes that Saint John Paul II said in 2003:

“Any treatment which claims to save human lives, yet is based upon the destruction of human life in its embryonic state, is logically and morally contradictory, as is any production of human embryos for the direct or indirect purpose of experimentation or eventual destruction.”

“In the specific context, the ALS Association that is promoting the frigid challenge promotes an unethical search for a cure. Many researchers are willing to use embryonic stem cells and cells taken from ‘electively aborted’ fetuses to search for a cure. Undoubtedly, some of the money generated through this challenge will end up supporting these forms of research in one way or another. While it is difficult to make direct connections between the money you give and which trials those dollars go to support, the ALS Association does provide funding for research involving embryonic stem cells, including from aborted children.”

“Its decision was due to the hard facts of economics: There’s no market for a product that doesn’t work! As you probably know, for years we’ve been told that the use of embryonic stem cells, which destroy human embryos — that is, people — will lead to miracle cures for all kinds of diseases and conditions. The problem for embryonic stem cell advocates is that they failed to produce a single cure.”

Just before Geron was abandoning embryonic stem cell research, ALS Association was recruiting for Phase 1 of this clinical trial, still listed as active, which announces clearly:

“These stem cells have been engineered from the spinal cord of a single fetus electively aborted after eight weeks of gestation.”

While it’s admirable to raise funds in such a creative way to cure such a debilitating disease, it’s disheartening to note that so much money is being invested in a medical research that has not shown significant results, and which compromises life. Meanwhile, adult stem cells have shown more promise in clinical studies. This study, publicized in 2011 by researchers in Tel Aviv was granted FDA approval in April to progress to Phase II in Boston. Evidence of the potential for healing from adult stem cells abounds. Stem cell research is vital but it needs to be done in an ethical manner that doesn’t cost a life to save one.