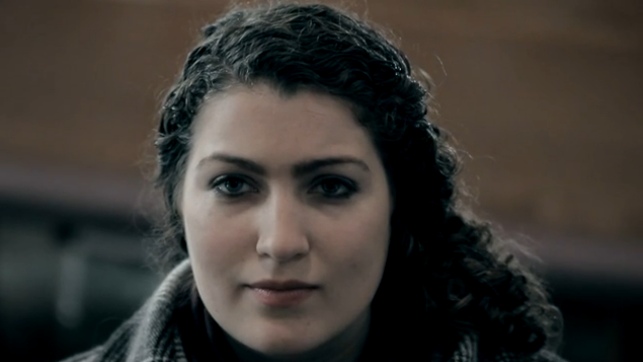 “All Things New” is a six-and-a-half-minute film, recently released by the cinematography team at LightWorks Films. The creative genius behind LightWorksFilms comes from Andrew and Gwyneth Ray, a husband-and-wife team out of Virginia Beach.

This married couple began LightWorks to pay for graduate school. Since 2008, they’ve made stunning wedding and unique commercial films. Andrew and Gwenyth love to tell beautiful stories with their camera. “All Things New” is one of their latest and most meaningful works of art.

In the video, actress Ruth Friedman plays Neve, a troubled woman looking for healing. From the opening scene, we know that Neve is recovering from an abortion. We watch her enter a beautiful Catholic cathedral to sit and talk with God. The church scene was shot at the Basilica of St. Mary of the Immaculate Conception in Norfolk, VA. The sanctuary is gorgeous and serene, with stained glass windows and high ceilings. As I watched Neve slowly walk into the building, I sensed that she would soon find the peace and comfort she was looking for.

I’ve never been in Neve’s particular situation as a post-abortive woman, but I do know how it feels to experience loss. On many occasions I’ve walked through city streets looking for an open church to pray in. I’ve sat down in Catholic churches, stared at the ornate statues, and whispered prayers to Jesus. I saw myself in Neve as she opened her heart and humbly approached God in the empty building.

Neve is looking for forgiveness and hoping to start over again. Before she leaves the building, she sees a sign that gives her hope. Later we see Neve opening a card from a woman named Professor Grace. When the credits rolled, I realized that Professor Grace is played by Gwenyth Ray from LightWorks Films. Professor Grace lived up to her name by extending help through a compassionate note. Neve experienced forgiveness in the presence of God and gained strength through the love of a friend.

“All Things New” is a moving film that lets viewers know they don’t have to live in shame after their mistakes. The film shows us we can give God our pain and receive His mercy. There is hope available to us all, which enables us to go forward after painful circumstances.

Making a film dealing with the pain of post-abortive women is a challenging task. LightWorks has done a beautiful job of capturing a real-life situation sensitively. The film gives no judgment or harsh opinions. It is bathed in love, with sweet, gentle music playing in the background. I would recommend this film to anyone interested in seeing a lovely story of redemption.

Thank you, LightWorks Films, for being brave enough to make this film. I truly hope it touches the lives of many and brings healing and hope to those suffering from abortion. Watch the film and share it with those you know.