Alabama’s House of Representatives begins its legislative session on Tuesday, and Rep. Mary Sue McClurkin (R-District 43) will sponsor House Bill 57, the Women’s Health and Safety Act, which would classify abortion facilities in Alabama as ambulatory surgical centers, requiring them to meet stricter fire safety codes and building standards. Abortion facilities would be required to submit architectural and sprinkler system plans to the Department of Public Health within 180 days of the Act becoming law.

… because abortion or reproductive health centers have often failed to meet acceptable standards of medical care, it is necessary for the Legislature to enact reasonable and medically appropriate health and safety standards for all abortion and reproductive health centers, and to provide effective enforcement mechanisms and disincentives for centers that are unable or unwilling to meet these requirements.

HB-57 would make it a Class C felony for anyone other than a physician to perform an abortion or prescribe, dispense, or administer an abortion-inducing drug. This portion of the bill should be a no-brainer – abortion is between a woman and her doctor, right? – but it’s sadly necessary, given the push by abortion proponents, including Planned Parenthood, for non-physicians to perform abortions.

Section 13 of the bill affirms:

Any person who can demonstrate personal injury, including physical injury, emotional distress, or mental anguish, where such injury has resulted from the failure of an abortion or reproductive health center to conform to the requirements of this act, may maintain a civil action for damages against the abortion or reproductive health center and against the administrator of the facility.

This measure would help prevent the abortion industry from safeguarding rapists or neglecting to take appropriate action upon learning about the sexual abuse of a minor.

In 2008, Live Action exposed the Birmingham, Alabama Planned Parenthood’s willingness to cover up statutory rape. This prompted an investigation by the state Health Department, and the clinic was later placed on probation. The original Live Action investigative footage can be seen below:

The Alabama abortion industry’s history of hurting women goes beyond protecting rapists, though; last year, the state health department shut down Birmingham abortion business New Woman All Women after it repeatedly botched abortions. Incidentally, all of the five remaining abortion facilities in Alabama are conveniently located within 10 miles of college campuses. 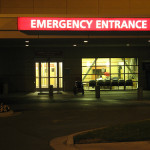 Under HB-57, abortionists would have to maintain admitting privileges at a local hospital. A similar new law in Mississippi is working to protect the health and safety of pregnant mothers and may cause the only abortion facility in the state to shut down, rendering Mississippi abortion-free. As Alabama prepares for another legislative session and spring 40 Days for Life prayer campaign, pro-lifers should be optimistic that Alabama will follow Mississippi’s steps in inching closer to medically regulating its abortion facilities.