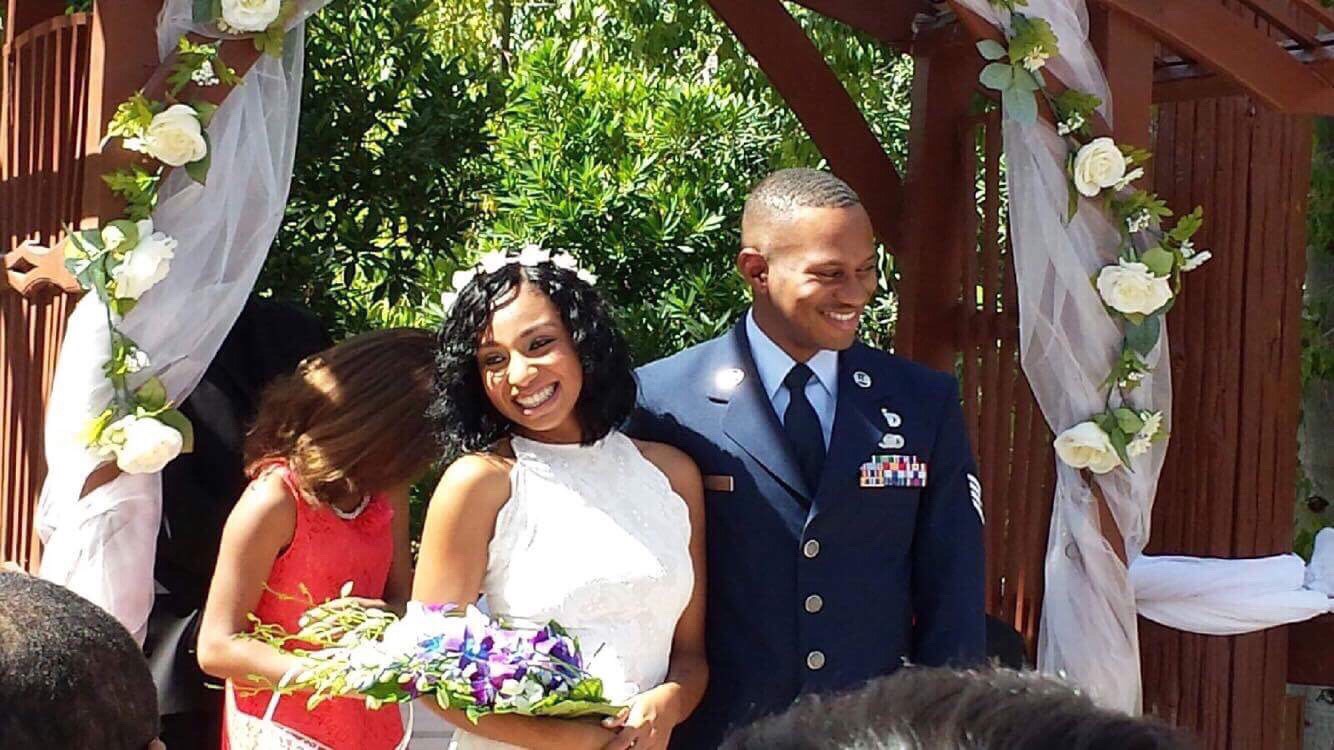 My name is Margarita. I am 26 years old and was brought up in a non-Christian, single-parent home with a mother who worked full-time to provide for me. As a result, we rarely talked or bonded. At the young age of 14, I fell into the wrong group of people. They were promiscuous, doing drugs, and living wild without consequences.  The importance of purity and the wisdom to walk away was not imparted to me by my mother, so I simply followed their lead. This led to many nights stranded at strangers’ houses, hungover, and constantly in the company of guys of all ages.

By the end of the 8th-grade I was pregnant but actually didn’t know it until about halfway through the pregnancy. This extreme and debilitating stomach sickness showed up randomly at the end of my 8th-grade year and would not let up. For weeks I could not eat or drink; instead, I would lay in bed crying and exhausted. I finally went to the doctor who deemed it to be a stomach virus that would eventually pass. I suffered for two months, but by the time my freshman year began, the sickness finally lifted.

I was your average freshman. Life was normal again, until one evening I felt movement in my stomach. Being young and immature, I actually had no clue what it was. I didn’t realize it at the time, but God led me to First Choice Pregnancy Center, who provided me with a free pregnancy test. Little did I know when I walked through the doors of First Choice Pregnancy Services in Las Vegas, I would be met by multiple Christian women. I received a positive pregnancy test that day, at age 15;  but more than that I experienced compassion, hope, and encouragement. They didn’t try to convert me to Christianity like people who support abortion say these centers do, but they did show me Christ’s love. Natalie, the woman who counseled me, became a friend and a teacher that day; one that God used to speak life into me.

I went home informed and encouraged to embrace motherhood. When my mom found out I was pregnant shortly after my visit to the crisis pregnancy center, abortion and adoption were her first responses. I stuck firmly to my decision to choose life.  God helped soften her heart to me keeping the baby. The doctor appointment soon after this confirmed I was already five months along and having a boy. I gave birth to a healthy baby boy on January 19, 2006.

I truly wish I could say motherhood was a cure to my brokenness and my insecurities, but it wasn’t. I had become hungry for, and addicted to, affection and attention. Becoming a mother only slowed me down for a little while.

It wasn’t long after my son was born that I fell back into my old ways. Promiscuity led me to find myself pregnant a second time. Hyperemesis Gravidarum showed up in full force, but it wasn’t well known and was often misunderstood. It sometimes still is. I was incapable of caring for myself or my baby and there was no hiding the pregnancy.

My mom didn’t give me an option this time. She told me I had to have an abortion, and this time there was no fight in me. I complied and was led into a deadly cycle of “relief” by abortion. I went on to have two more abortions not too long after this, a total of three between ages 16 and 18.

At 18 I found myself in the company of a pimp who smooth-talked his way into my life, making me believe he cared for me when he really was grooming me for prostitution. I considered it, but I ultimately refused. He threatened to kill me and my family since he knew where I lived, but God must’ve changed his heart because he never acted on it.

That situation caused me to be afraid of men and this led me down the road of homosexuality. Not too long after his threats, I ran into a few people whom I attended middle school with and became flattered by the attention I was getting from these women.  I believe the lack of a nurturer at home combined with the natural affectionate ways of women is what attracted me to them.

I share this because it was through my first and last serious relationship with a girl at age 18 that I heard about God. My then girlfriend was raised by a Christian woman who radiated Jesus. Her mom was always filled with joy and kindness and was always dancing. I’d hear about Jesus briefly when she’d mention His name. There was a joy about her that I wanted to experience too.

It was when I attempted to function as a good person while in a serious relationship with my girlfriend that I found myself to be a complete failure. I’d get bored, I’d lie and cheat, which over time lead to hatred in her heart. She’d tell me how terrible I was and how God was going to punish me, but I’d brush it off with no real remorse. We were on and off for three years before she wanted to sever all ties.

I began to have panic attacks during our separation. Night after night, I’d reach out to her. I’d grow angry when she wouldn’t answer. I’d call and text, but no response. For some reason, God reached down again into my life in the midst of a panic attack one night and for the first time gave me peace. Within days I opened my Bible desiring God, wanting to know Him and found many teachings with His help. At age 20, I found God’s Word and became hooked. I began to experience God personally but wasn’t completely sold.

At 21 I was stopped in my tracks when a guy entered my life. We met at work and I fell head over heels for him quickly. The attention I was getting from him and the praise I received was like music to my broken heart.  Once we became official, sexual intimacy felt like the natural next step.

Within a couple of months, I discovered I was pregnant. I quickly began to deteriorate, not only physically, but mentally. Once again, Hyperemesis Gravidarum had hit me like a ton of bricks. Emotions flooded my body and the loudest of them all was regret. I regretted having sex and letting this happen yet again.

We fought over my wish to abort. His greatest desire was to have a child and I was telling him that I wanted to kill his child. We separated, I had the abortion, and life went on. We continued to cross paths at work and the feelings of missing each other came flooding back for us both.

We got together two more times, each time resulting in pregnancy.  Each time I fought harder and harder to change. I wanted him. I wanted us. I wanted our children. The problem was that with every pregnancy the intense and constant overwhelming sickness would eat at my will. I tried so hard to fight the yearning within myself for relief, but I ultimately lost each time.

It was before my sixth abortion that I sought mental help from a therapist, I wanted someone to tell me why I kept choosing abortion. I wanted to be stopped. I had an appointment set for weeks which gave me some peace in the midst of suffering, but when her assistant called me to cancel it, I lost all hope and opted for an abortion.

Not too long after my last abortion, my heart was led to seek out a church for the first time as an adult. I went on Google, looked up churches in my area and made my way to the Crossing in Las Vegas. I arrived at church carrying death, homosexuality, lies, cheating, regret, shame, selfishness, and failures. My son and I went Sunday after Sunday. I’d get there, drop him off at the kids’ service and would sit by myself. At first, the words and songs were just that but slowly they began to hit my heart. I’d find myself crying, which led to sorrow, heartbreak, and repentance over my actions and my abortions. I had been holding onto my anguish for so long and it finally was released at the altar that day. The “relief” that I thought I was receiving from my abortions was just temporary, but what I received from Jesus that day was eternal. I received understanding of my sin and the grace to change my ways.

Jesus became the answer to my brokenness, the love I longed for, the affection I needed so desperately. He offered me forgiveness, mercy, help, and healing despite my sinful ways. God loved me right where I was but loved me too much to leave me there. I gave my life to Him, asked Him into my life, and to be Lord of it. I died to my old ways and found freedom in the cross that day.  I was baptized on Easter Sunday, 2014.

Today I am a humble servant of Jesus Christ, a wife, and a mother of nine (two boys, six sweet babies in heaven and one step-daughter). Because I am in Christ, I desire to encourage, to love on, and show compassion to the hurting while defending the life of the weak. I have entered the fight against abortion because, being post-abortive, I have experienced the regret, grief, and sorrow that comes with it. I have also found healing, restoration, and redemption through Jesus.  God, in all his righteousness, still showed up time and time again even when I was deepest in my sin. His mercy has proven to be far greater than my failures. I want women to experience the same freedom from bondage that comes from knowing Jesus. If you are struggling with abortion regret, there is help.

I also want to raise awareness of the disease Hyperemesis Gravidarum. There is a common misconception that it is “just morning sickness”, but that is simply not true. It is far more severe and debilitating. Knowing more about the disease played an important role in my post-abortive healing. Thankfully, more people who struggle with this disease are coming forward to break the stigma. If you are Hyperemesis Gravidarum sufferer, there is hope and help. Reach out to your physician, not an abortionist.

May God bless you brothers and sisters, and may you be encouraged to pray for the prodigals, to fight for the preborn, help the weak, and love the post-abortive.

Testimony as told by Margarita to Feleica Langdon of Life Defenders.