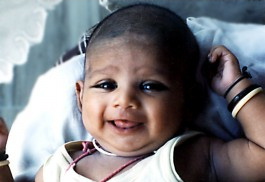 Even pro-choicers are a bit disturbed by the notion of after-birth abortion. After all, it’s just a less-offensive way to say “infanticide”.  But if any of them are actually shocked by the recent news that some scientists believe infanticide should be legal, they shouldn’t be. Steven Pinker, a psychology professor wrote about it in the 90s. Medical experts have come forward in support of it. Even President Obama can’t say no to infanticide.

In 1997, Pinker wrote a piece for the New York Times entitled Why They Kill Their Newborns. It discussed using infanticide as a common, justified, legal practice.  He believes newborns are not persons, saying that they don’t have “an ability to reflect upon (themselves) as a continuous locus of consciousness, to form and savor plans for the future, to dread death and to express the choice not to die. And there’s the rub: Our immature neonates don’t possess these traits any more than mice do.” Since to him they aren’t persons, Pinker says killing newborns should not be considered murder.

Recently, an article published in the UK Journal of Medical Ethics, part of the British Medical Journal group, discussed after-birth abortion as a good way to release parents of the obligation of caring for a child that they did not expect or want. The two former Oxford associates, Alberto Giubilini and Francesca Minerva, argued the point that there is no physical difference between a fetus and a newborn and therefore no moral difference in killing them. They write, “The moral status of an infant is equivalent to that of a fetus in the sense that both lack those properties that justify the attribution of a right to life to an individual… Both a fetus and a newborn certainly are human beings and potential persons, but neither is a ‘person’ in the sense of ‘subject of a moral right to life.” According to these medical experts, a fetus is as much a person as a newborn and vice versa.

Back when Obama was a state senator, he voted against The Born Alive Infants Protection Act, a bill that was created to protect babies that survived abortion. He didn’t just vote against it once, but three times in 2001, 2002, and 2003. The bill gave these babies the status of legal persons and required physicians to give them medical care instead of disposing of them as medical waste. Jill Stanek, a registered nurse, witnessed live babies left to suffocate to death, and she even rocked one for the 45 minutes he struggled to live. But Obama, instead of voting in favor of protecting these babies, voted “present” after seeking the advice of Planned Parenthood. You see, Planned Parenthood (who cares so deeply about women and children) can’t afford for any restrictions to be placed on abortion and they were afraid that giving compassion and care to an unwanted baby would do just that. Obama and Planned Parenthood are BFFs, so he did what they said and essentially, voted in favor of infanticide.

What pro-choicers should be afraid of now is that those in favor of after-birth abortion might be doing the pro-life movement a favor. By drawing parallels between newborns and unborns and using the same old pro-choice argument that a fetus/newborn is not a real person, and therefore can be terminated/killed, those in favor of infanticide are pointing out the obvious: a fetus is a baby. They are one in the same. Maybe now people will see abortion for the act of murder that it is.