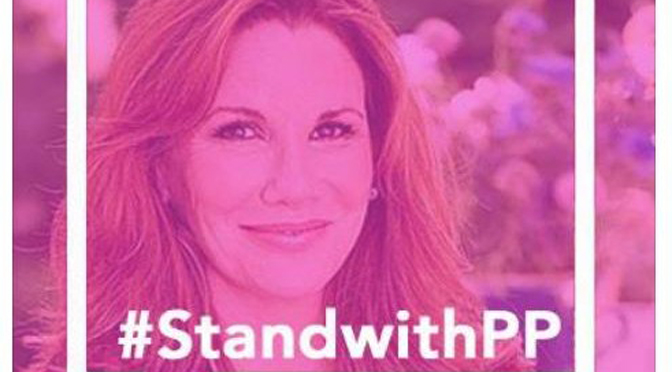 A beloved TV child star has come out in support of abortion giant Planned Parenthood, recently exposed for harvesting and selling baby organs.

Melissa Gilbert, who played Laura Ingalls Wilder in Michael Landon’s TV series, Little House on the Prairie, which still airs on many cable stations, showed her support for Planned Parenthood in several Facebook posts. The 51-year-old Democrat recently announced her campaign to run for Congress in Michigan.

Gilbert is hoping to unseat freshman pro-life Republican Rep. Mike Bishop of Michigan’s 8th congressional district. On her Gilbert for Michigan website, Gilbert cites family as her reasons for running:

I’m running for Congress to make life a little easier for all the families who feel they have fallen through the cracks in today’s economy. I believe building a new economy is a team effort, and we need to bring fresh voices to the table to get the job done. A spokesman for the Mike Bishop campaign has called Gilbert a “tax cheat,” noting that she owes $360,000 in back taxes to the U.S. government and $112,000 to California.

“Melissa Gilbert can afford to have a stylist for her dog, but cannot pay her taxes,” he said in a statement. “Her values are out of whack with the district.”

Gilbert’s “values” include support for Planned Parenthood, an abortion organization which – in addition to accepting money for baby body parts – has been exposed as aiding and abetting sex trafficking, failing to report child sexual abuse, giving women inaccurate medical information, and facilitating race-and sex-selective abortions.  Planned Parenthood, at its highest levels has repeatedly misled the public about what health services they provide. Despite all of this, Gilbert publicly showed support for Planned Parenthood on her campaign Facebook page by changing her profile picture to the #StandwithPP meme. Then, on September 29th, Gilbert asked her Facebook followers to support Planned Parenthood Action on #PinkOutDay. In her most recent move, the former Little House on the Prairie star even took part in a Walk for Choice. On the event’s Facebook page, organizers state that it is an event intended to support Planned Parenthood Mid and South Michigan. A video of the event was published on YouTube:

Shortly after she announced her candidacy, Gilbert received the support of the radically pro-abortion EMILY’s List, who publicly tweeted their congratulations to Gilbert.

What makes Gilbert’s support of abortion giant Planned Parenthood even more tragic is the fact that both she and her brother were spared from abortion and given a home through the miracle of adoption:

[Gilbert] was adopted by actor Paul Gilbert and his wife, actress Barbara Crane, the day after she was born. They later adopted son Jonathan. Half-sister Sara Gilbert [is] Crane’s daughter from a subsequent marriage….

Gilbert’s adopted brother, Jonathan, is known for playing Willie Oleson on Little House on the Prairie. Her sister Sara is best known for playing Darlene Conner on the hit TV show, Roseanne, and is also a creator and star of The Talk.

According to a report from the AP published by a local Michigan media outlet, Melissa Gilbert has never run for political office before and only moved to the state from California two years ago after marrying actor Timothy Busfield.