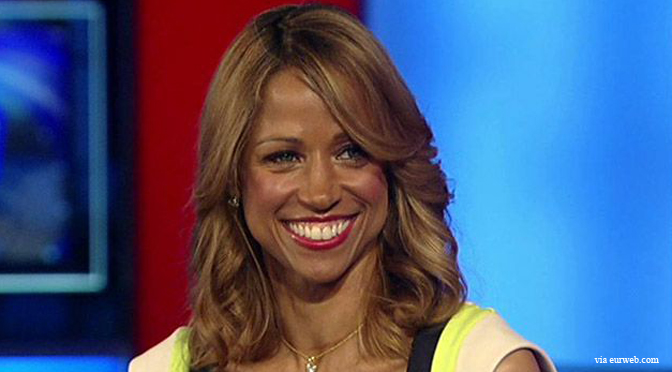 Actress Stacey Dash is best known for her role in the 90’s hit movie Clueless. These days, Stacey is busy as an actress, writer, Fox News contributor and pro-life conservative voice.  In a recent Patheos article, “Planned Parenthood Claims to Help Black Women, While Profiting Off the Murder of Black Babies,” Dash wrote:

Last week Planned Parenthood held a press conference to remind the world just how much they care about African Americans.  They claim to provide “vital reproductive and sexual health care services” for black women. But as I have written about before, their “vital” work actually means they are aborting a disproportionate number of black babies and profiting from charging their mothers for the abortion and then selling their body parts.

Stacey has studied the history of Planned Parenthood and understands the organization’s founder Margaret Sanger was a huge advocate of Eugenics. She’s making it clear that she doesn’t believe Planned Parenthood helps Black women. She writes:

If you are so pro African American communities, Planned Parenthood, stop targeting black women and aborting our children.  If you care so much why don’t you start actually empowering women to love and care for their children no matter the circumstances they find themselves in. If you truly believe in African Americans, then start telling them they do have the power and ability to take care of their children and raise them instead of pressuring them to kill them in the womb.

In another article, Dash said she was shocked to read a report by the New York Department of Health and Mental Hygiene that said in 2012 there were more black babies aborted in New York City than were born (31,328 aborted to 24,758 born).  Dash said:

That means 6,500 more babies were aborted than were born.  That is insane! As a black woman who was born and raised in NYC, I am appalled at what is happening in my hometown!

Dash has been criticized because of her political and personal views. Many in her fan base felt betrayed when she became vocal about her conservative values. Dash isn’t willing to back down because people don’t like what she has to say. She wrote a book titled, “There Goes My Social Life.” The title is her favorite line from the movie Clueless and a perfect summary of what’s happened to her since she began speaking out. Dash commented on her life changes, saying:

I had some people that didn’t understand. And I had some people who judged me and persecuted me, and that’s OK. That’s when you find out who your real friends are. But I don’t care. I’m going to stand up for what I believe in.

Dash is doing exactly that. In her latest article she lets Planned Parenthood know what she thinks of them. Dash boldly states, “Your bottom line is not worth the blood on your hands!”

As a Black pro-life woman who watched Clueless more times than I can count, it’s a great joy to see Stacey Dash using her gifts to expose evil and stand for what’s right. I pray that many more in Hollywood will follow her lead and stand up for preborn lives.