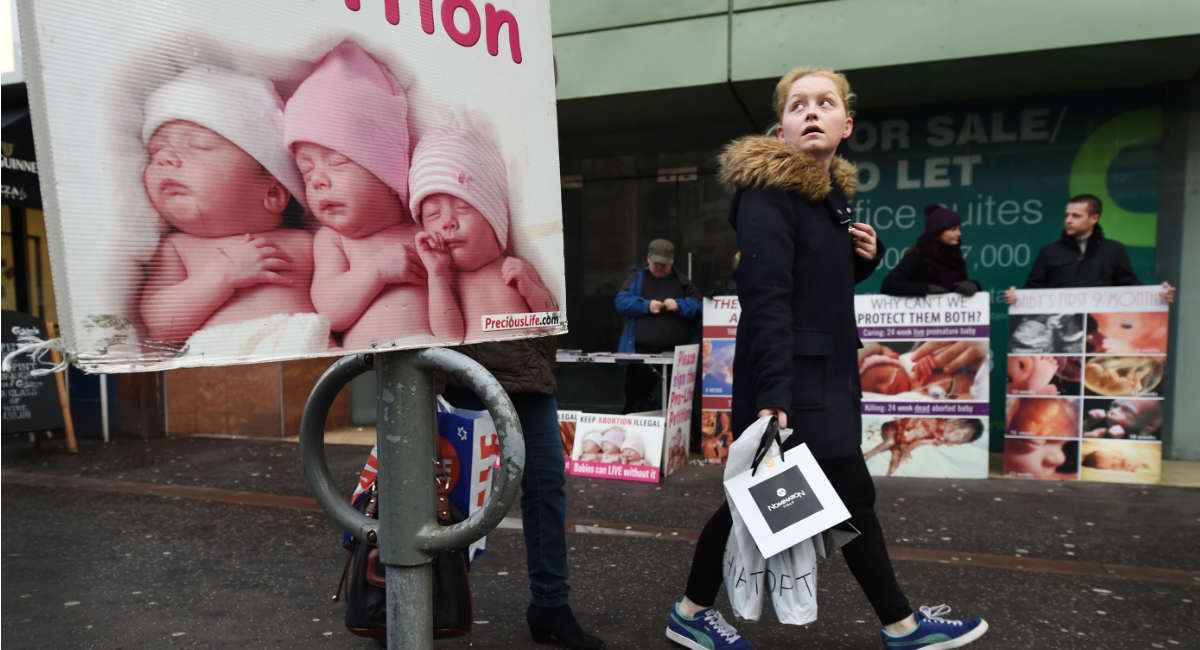 On March 31, 2020, after years of aggressive campaigning by abortion advocates, significant changes to abortion laws in Northern Ireland took effect, allowing abortion for any reason up to 12 weeks gestation and through birth in cases of babies with a disability. Notably, the changes to abortions laws were controversially imposed by a vote from Westminster in England while Northern Ireland’s Executive, its own governing body, was not functioning.

Following the dramatic expansion of abortion in Northern Ireland, advocates there are now following in the footsteps of their American counterparts, pushing for the establishment of “buffer zones” outside abortion facilities.

In April of this year, Live Action News reported that the Northern Ireland Abortion and Contraception Taskgroup was officially calling for anti-free speech zones outside any place that dispensed abortion pills or committed surgical abortions, claiming that pro-lifers were “harassing” and “intimidating” abortion-minded women at these locations. The Taskgroup’s advocacy represented a major financial conflict of interest, as the group is comprised of healthcare professionals and academics who work in “reproductive health.”

At the end of last week, the Derry City and Strisbane City Council, which covers most of the northwest region of Northern Ireland, passed a motion to introduce buffer zones, calling pro-life prayers and offers of resources to women outside of abortion facilities “harassment” that “impacts every service user.” Further, according to the Alliance for Choice Derry member who submitted the motion:

This Council agrees that the public display of graphic abortion imagery can re-traumatise and inflict harm upon people who see it and particularly for those who have had miscarriages. This council would support the introduction of buffer zones outside of healthcare centres.

This Council agrees to investigate whether such acts of harassment can be regulated by Council or other bodies to ensure that people can access the healthcare services they need in this Council area. In doing so, this Council commits to challenging the stigma imposed by protestors on people seeking healthcare which is their legal and human right.

According to the Belfast Telegraph, “Mrs Long said that while everyone has the right to express their views, no one should be deterred from accessing healthcare or subjected to protests and images that they find distressing or offensive.” One abortion advocate and legislator welcomed the Justice Minister’s reported “U-turn,” saying that “last year the Minister gave no commitment that she would legislate on this matter,” and insisting that “legislation is urgently needed to deal with those directing vile abuse at women accessing legal services.”

Precious Choice, an organization which leads pro-life campaigns and provides sidewalk counseling outside of Northern Ireland abortion businesses, responded to the Justice Minister’s plans, noting that “[t]he right to freedom of assembly and right to freedom of expression are fundamental human rights. Precious Life’s vigils will continue offering help and life-affirming alternatives to women outside the abortion centres. We will never stop actively protecting unborn babies — when and wherever their lives are in danger of abortion.”

In the United States, buffer zone legislation has not historically fared well, typically being found to violate individuals’ right to assembly and to free speech, though abortion advocates continue to enact such restrictions. The success of such attempts in Northern Ireland remains to be seen.