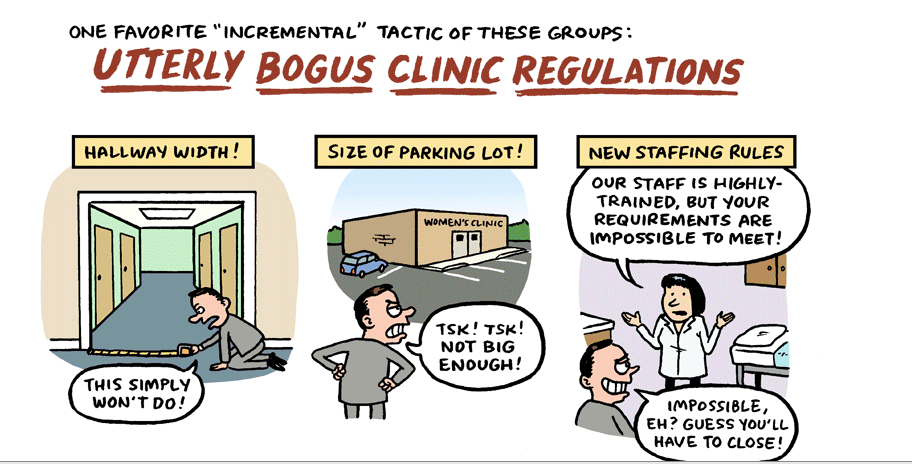 The ACLU, in its “Not Stupid” campaign, claims that pro-life laws continue to pass around the nation because “extremist” politicians “think we are stupid.”

These politicians MUST think we are stupid if they think we want politicians playing doctor and interfering in our private decisions. Enough is enough. Now is the time for all of us to tell our elected officials to leave these decisions with a woman, her doctor and her family.

Stand with us and tell those who seek to undermine our private and personal decisions that you are NOT stupid.

Naturally – and unfortunately – this is the kind of blither-blather Americans can regularly expect from the ACLU these days. Somehow, this organization fails to understand that taking the life of an innocent child is a matter of basic human rights, not a “private decision.” No other choice to kill a child is “private.”

Politicians who stand up and demand an end to the killing – or attempt to limit it – are not “playing doctor” or “interfering” any more than politicians who outlaw child abuse and neglect are “playing parent” and “interfering.” When wrongs are committed – even if they are committed by doctors or parents – a civilized society will outlaw these wrongs. False cries for privacy serve only as a cover for atrocious violations of human rights.

If you recall, a Planned Parenthood spokeswoman even went so far as to say that, when a baby is born alive after an abortion, what happens to the baby should be between the woman and her doctor. This is the natural outcome of allowing mothers and doctors to kill babies at any point in time. Eventually, there is no end to how far this violent behavior can reach.

It’s entertaining that the ACLU, on one hand, expects Americans to demand that they are “NOT stupid” but, on the other hand, acts as if Americans ARE stupid. Take, for example, this comic that the ACLU asked artist Jen Sorensen to create.

One portion of the comic by Sorensen

Throughout the comic (you should view the whole thing), the ACLU makes a variety of claims (in supposedly comic ways, of course) that its operatives would like Americans to accept point-blank. When you look past the amusing illustrations and grind down the words, here’s basically what’s being said:

Alright, go take a look. How else do you think the ACLU is assuming that the public is stupid? I, for one, have more faith in the American people: I believe they can see truth – and life – for what it really is.