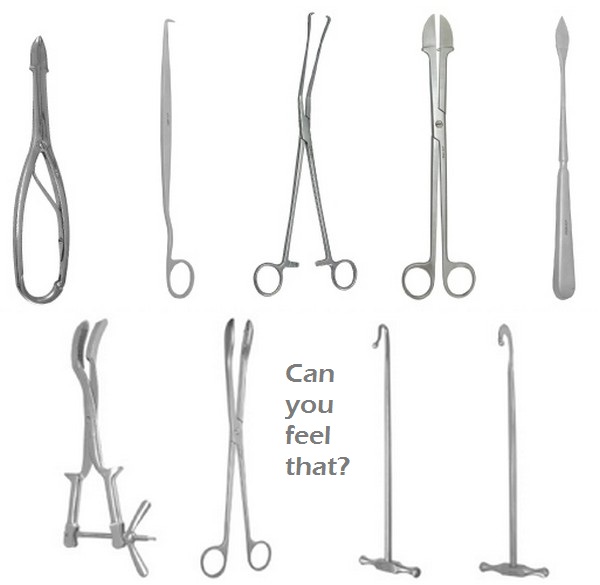 Dr. Suzanne Poppema, abortionist and author of the book Why I Am an Abortion Doctor, said the following:

Abortion procedures are not aesthetically pleasant…There’s no question about that. You think these pictures the anti-abortion forces show in Congress are bad? I think if you started showing pictures of `normal’ [abortion] procedures, with forceps, those would be equally effective.

She is referring to the diagrams of a partial birth abortion that pro-lifers circulated in order to convince legislators and the public to oppose this method of abortion. To the left you can see part of the five panel diagram. As you can see, these abortions were done by pulling the baby partway out of the womb, then sticking scissors into the back of the neck of the 3/4ths delivered baby, suctioning out the brain and crushing the skull. The dead baby was then removed and disposed of.

These horrific abortions were finally banned in 2003 when then-President Bush signed the Partial Birth Abortion Ban Act into law. The Supreme Court, overturning a previous decision, upheld the ban in 2007. And, in fact, the majority of Americans opposed partial birth abortion. The diagrams did a good job of convincing the public.

Susan Poppema is making the point that just about ALL abortions are gruesome and difficult to stomach.  And she may well be correct spreading diagrams of them will again effect public opinion.

Below is a diagram of an abortion with forceps, or a D&E. It is the most commonly used method of second trimester abortion and is sometimes done even in the third trimester, although by that point the baby is difficult to tear apart.  You can read more about this technique here. You could say that a D&E abortion is even more brutal and painful to the baby than a partial birth one.

Poppema is an abortionist who is willing to admit that “normal” abortion procedures are just as violent and disturbing as the now-banned partial birth procedures.