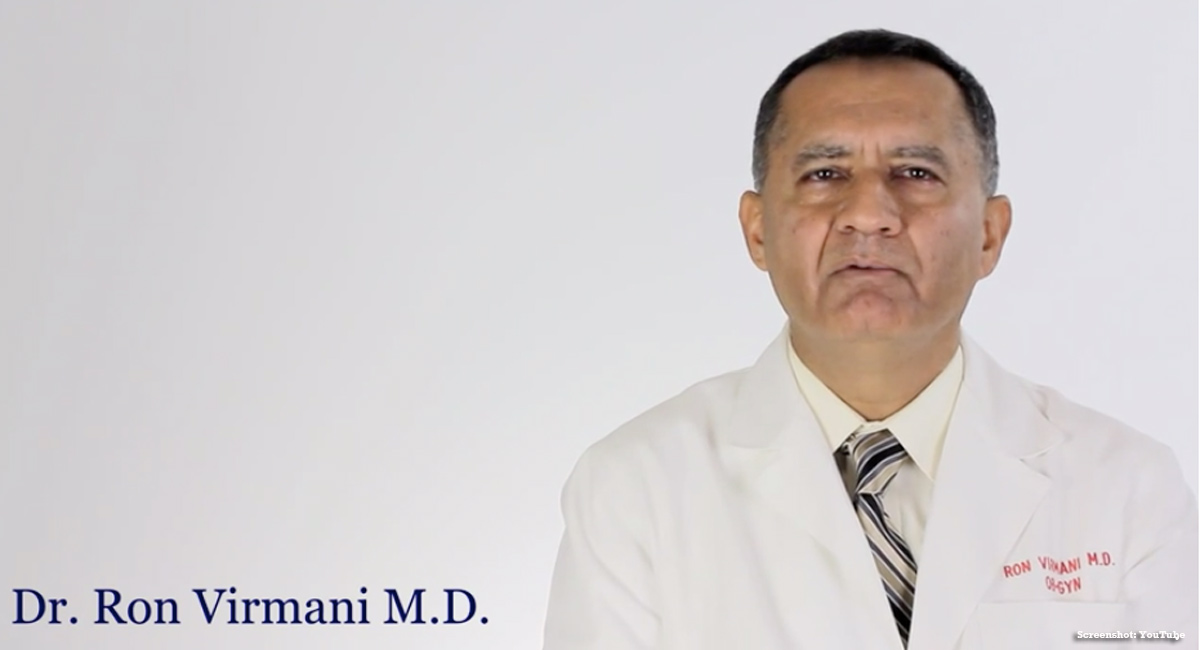 Abortionist Ashutosh “Ron” Virmani is raising eyebrows yet again, after pro-lifers caught him on camera yelling “rape them and send them here” as he pulled into his abortion facility earlier this month. Virmani is already well-known to many, as he has expressed racist views in the past, has previously had his medical license suspended, and was even arrested for rape.

In the video, which was published on Facebook last week, Virmani pulls into A Preferred Women’s Health Center, the facility where he commits abortions. He slows down and stops in front of a group of pro-lifers who are filming, and shouts at them, “Rape them and send them here!” Before anyone can respond, he repeats it again, and then speeds off.

Virmani already had a troubling history before this video surfaced. In 2012, he was caught espousing racism to a group of pro-lifers, saying that taxpayers shouldn’t be forced to pay to support Black babies, that he doesn’t want them “to be born and brought up and kill those people in Colorado,” and asked if the pro-lifers he was talking to would be willing to adopt those “ugly Black babies.”

In 2014, he did release a video apologizing, but he spent most of the video criticizing the pro-lifers who filmed him, and also pointedly ignored taking responsibility for portraying Black babies as nothing more than future criminals and murderers.

But that’s not even the most disturbing part of his history; Virmani was previously accused of rape, although the charges were eventually dropped due to insufficient evidence. He also had his license suspended due to “improper sexual relations” with a patient. He also had his privileges stripped by a North Carolina hospital after seriously botching a surgical procedure. While Virmani accused the hospital of racism, a peer-review committee examined over 100 of his cases, and “found 24 of them to be problematic in one of three areas: procedures performed without indication, documentation discrepancies, and medical management issues.” Virmani repeatedly sued, but the courts refused to uphold his lawsuit each time.

It is unconscionable that someone could have such a callous, cavalier attitude while treating women in crisis, including women who very well may be survivors of rape or sexual assault.