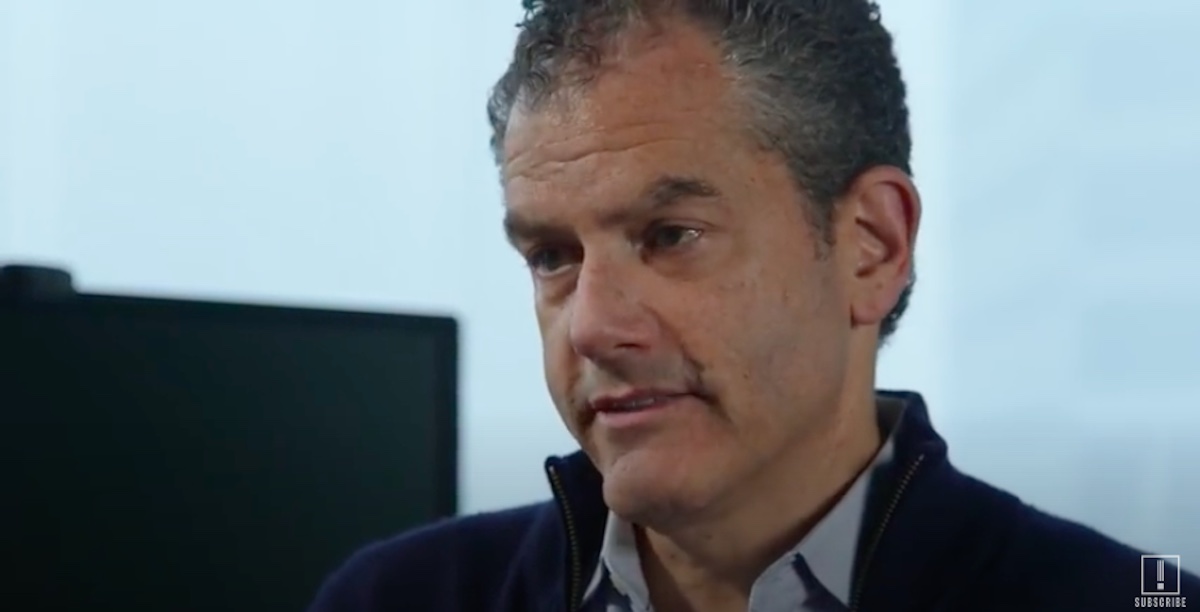 (National Right to Life) Who is Daniel Grossman and why is he important?  Dr. Grossman is one of the nation’s leading abortion researchers and activists, currently heading the University of California San Francisco’s premier reproductive health research group, Advancing New Standards in Reproductive Health (ANSIRH).

For the past 15 years, one of Grossman’s chief areas of interest, along with ANSIRH’s, has been a relentless promotion of chemical, or “medication” abortion, specifically telemedical or “webcam” abortion. In this scenario, a woman skips a visit to the clinic and instead meets with the abortionist online who, if satisfied with answers to a few screening questions, can send her the abortion pills in the mail.

When seeing studies in the medical journals or reading columns in newspapers purporting to prove that chemical abortions are safe, it is essential to remember that these are not the deliverances of objective, neutral, dispassionate researchers, but the strategically crafted spin and propaganda of long-time committed activists and advocates.

They are not simply reporting the latest scientific data – they are selling something.  The product that Grossman has been promoting for at least a decade and a half is the “self-managed” chemical abortion where women can find the abortion drugs online, perhaps have some sort of telemedical consult, and then have those pills shipped to their homes where the women can administer these dangerous drugs to themselves.

In the paragraphs that immediately follow, you’ll read about several occasions where Grossman has taken his case to the media and the medical journals, angling for government authorization of telemedical abortion.

Yet in the midst of Grossman’s unwavering assurances to the public that mifepristone is safe, it is startling to discover a 2015 study published under his name with data that does not comport with that that rosy assessment.

Grossman argues webcam chemical abortions are safe, should be approved

In addition to numerous medical journal articles and interviews over the past dozen years or so arguing for the safety of these chemically-induced abortions, Grossman recently penned a column for the Washington Post. Grossman called on the newly installed Biden administration to jettison any regulations by the Food and Drug Administration (FDA) preventing abortionists from prescribing abortion pills over the internet. Grossman argued:

Medication abortion accounts for almost 4 in 10 abortions in the United States. The science overwhelmingly demonstrates that the abortion pill is safe and effective, can be prescribed via telemedicine and can be provided by mail.

It is not the first time Grossman has boldly made such an assertion.  In a study appearing in the August 2011 issue of Obstetrics & Gynecology, Grossman concluded that “Provision of medical abortion through telemedicine is effective and acceptability is high among women who choose this model.”

A few years later, along with a group of other top abortion researchers and academic luminaries, Grossman argued in a February 2017 New England Journal of Medicine opinion piece that mifepristone was safe. They maintained that any risks could be managed by drug labeling and standard medical counseling prior to use, and that abortionists could evaluate patients and prescribe mifepristone (one of the two drugs that make up the chemical abortion technique) without having to physically pass out pills in their offices.

In a study of the telemedical abortion offered by Planned Parenthood in four states in from April 2017 to March 2018, Grossman was one of the researchers claiming in the August 2019 summary from Obstetrics & Gynecology that “There is consensus within the medical and scientific communities that induced abortion is a safe and effective health care procedure.” And they cite a 2018 report by the National Academies of Sciences, Engineering, and Medicine claiming that “medication abortion” has also been shown to be “a safe and effective way to end a pregnancy.”

Naturally, Grossman and his fellow researchers determined that chemical abortion by telemedicine was “comparable” to those provided in person.

Making clear where all this is headed, Grossman was one of those in a June 2020 commentary piece that appeared in Contraception advocating for the “No-Test medication abortion.”  The authors outlined a protocol for a patient self-managed abortion in which patients could order pills online without having to visit a doctor’s office.

These in-person visits to the clinic or doctor’s office were previously thought to be crucial to a patient’s having her pregnancy verified and dated (mifepristone’s effectiveness declines with increasing gestation), to having an ultrasound or exam to eliminate the possibility of a potentially deadly ectopic pregnancy, to being tested for Rh factor (women lacking it could form antibodies that attack the baby in future pregnancies), or to later confirming the abortion’s completion.

Citing his own earlier studies, Grossman, along with other authors, gave assurances that “research and experience have demonstrated that these tests, which inherently involve physical contact between patient and health care worker, are usually unnecessary for safe and effective MA [medication abortion].”

Grossman himself offers a different view

Given Grossman’s statements adamantly defending the relative safety of chemical abortion, data published under his name (and later cited in other studies of his) in a January 2015 study from Obstetrics & Gynecology is somewhat shocking.

That study, looking at the “Incidence of Emergency Department Visits and Complications After Abortion,” took data from over 50,000 abortions performed on women covered by “Medi-Cal” (California’s Medicaid program) from 2009 and 2010.

Grossman’s conclusion — that “Abortion complication rates are comparable to previously published rates even when ED [Emergency Department] visits are included and there is no loss to follow-up” — is obviously meant to validate earlier studies, like his own, claiming these abortions’ relative safety.

But claims of chemical abortion’s safety, particularly that they are comparable to surgical or aspiration abortion, are not borne out by the data in this study.

Grossman and colleagues claim that most of these complications are minor and may be “overestimated” because of “aspirations performed presumptively or to alleviate bleeding or cramping symptoms.” But they otherwise admit that “this rate is consistent with intervention rates found in other studies.”

In other words, yes, they admit that these complication rates are higher, but claim only some of those are serious. The numbers could be artificially high, they argue, perhaps partly because women and trained ER doctors panicked when they encountered the persistent, heavy bleeding or severe cramping and intervened unnecessarily or “presumptively.”

But don’t worry, these are the sort and rate of complications they’ve encountered before.

One suspects that this was of little reassurance to those who endured these frightening episodes.

Elsewhere in the same paper, Grossman admits that 770 chemical abortion patients visited the ER, a figure that represents 6.8% of California’s Med-Cal patients who had those type of abortions in 2009 and 2010.

Grossman is thus admitting that an abortion method he has long championed as “safe” drove one of every 15 patients in his study group to visit the Emergency Room.

Despite all that, given his continued advocacy of telemedical and “no-test” abortion since then, Grossman is apparently blind to the obvious and increased likelihood of problems when women follow his recommendations and have those “self-managed” abortions. In these situations, women would not have their pregnancies professionally dated, would not be ultrasonically screened for ectopic pregnancy, and would not undergo the in-person screening, examination, and instruction they should get with chemical abortions initiated at the clinic.

Either this data stands in conflict with other declarations made by Grossman in other studies, columns, and interviews, or Grossman has a much different understanding of the word “safe” than most people.

It is worth noting that in this 2015 study of California Medi-Cal patients, Grossman and his fellow abortion advocates did not have as much control over the selection and management of the data as they did in many of other studies with which Grossman was associated.  Grossman had to take the results the state of California gave him, which should have listed every encounter each registered Medi-Cal patient had with the California medical system. The results from California, taken directly from records, should have been more robust, more complete, and more reliable.

This is in obvious contrast to studies of his own where he relied on data he got from abortion clinics. There Grossman had to  depend on the cooperation, the record keeping, the tracking, the memory, the integrity,  and the objectivity of abortion clinics or their patients.  His own data shows that many of those patients simply disappeared after picking up their pills, taking any of the problems they encountered elsewhere where they might not be recognized or recorded.

When you lose track of patients who instead return to their own private physicians for help or take their hemorrhaging or infection to their local ER, and then confine your scientific attention to just those patients who returned to the clinic or responded to a clinic phone call with assurances of their health and satisfaction, the pills are going to look a lot safer than they actually are.

For the FDA to agree to jettison protective regulations, Grossman and his colleagues have to make the case to a sympathetic administration that this method of delivery is safe. This is what he has spent most of the last decade attempting to do.

But as his 2015 study of Medi-Cal patients shows, some of the negative data cannot be easily spun away.

Editor’s Note: This article was published at NRL News and is reprinted here with permission. Author Randall K. O’Bannon, Ph.D. is NRL’s Director of Education & Research.