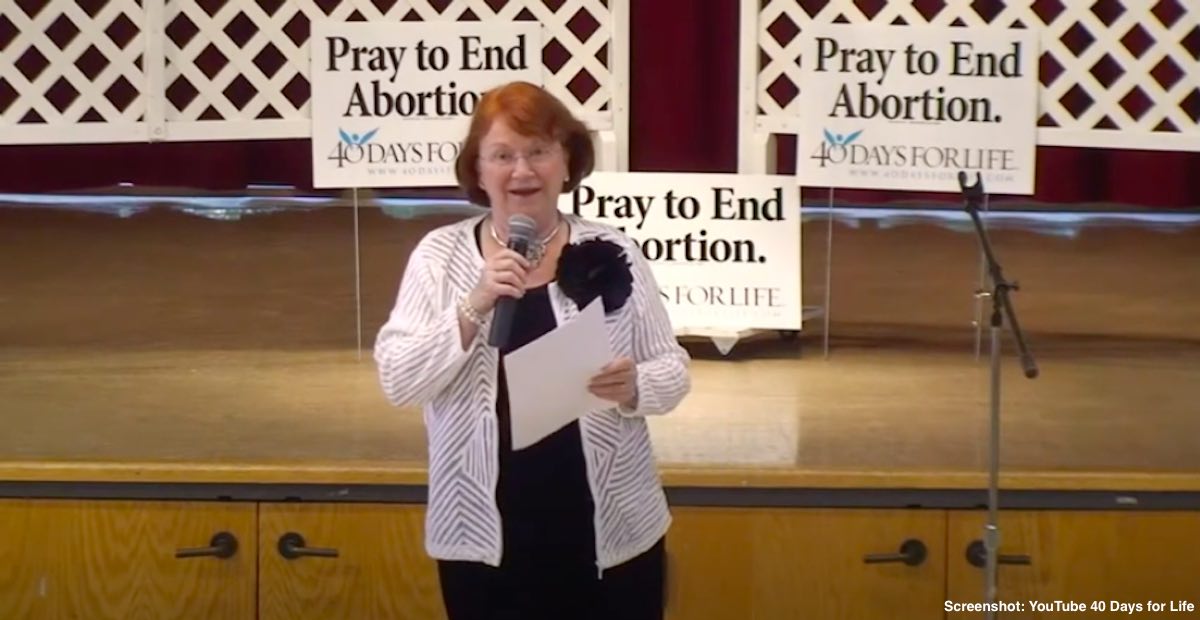 (Can’t Say You Didn’t Know) “I didn’t start out life wanting to be an abortionist,” Beverly McMillan tells me as we sit across from each other in the conference room of Pro-Life Mississippi’s offices. We’ve met here today to talk about Dr. McMillan’s life and the testimony of how she went from abortionist to Pro-Life Activist. Dr. McMillan has served as both president and vice president of Pro-Life Mississippi over the years, shared her testimony at numerous events, and counseled women on the sidewalk outside of Jackson’s last remaining abortion clinic. But she didn’t start out as pro-life or a Christian.

“I was raised in a Christian home so I certainly knew all the ‘thou shalts and thou shalt nots.’ I had a pretty sheltered life. I graduated high school in the 1960s. I went off to Knoxville, Tennessee, to the university to start pre-med and it was total secularism. I don’t know how long that had been creeping into academics, no one was warning us about it.” While there she began dating her boyfriend, who[m] she later married in 1965. He was agnostic and his worldview was completely modern and liberal. This and the environment of the college greatly influenced McMillan. By the time she went off to medical school she was totally secularized.

Abortion was not something discussed in medical school. When McMillan graduated medical school in 1966, the Pill had just come out 6 years before and was not yet a cultural norm. After graduation, McMillan and her husband moved to Rochester, Minnesota, to do their residency at the Mayo Clinic. Because Rochester was too small for all 12 residents to get their Obstetrics training done, in 1969, McMillan was sent to Cook County Hospital in Chicago.

There were three rotations: One was obstetrics where they delivered babies. Another was surgical where they performed cesarean sections. The third was something called “infected OB.” It was here that McMillan first encountered abortion:

I had no idea what it was and there was no orientation. . . My first day on call, I still didn’t know what was going on until late that night. We spent the morning rounding patients who were already admitted, sending most of them home with whatever they needed. And then in the evening, I guess the emergency room decided to empty out the people they had collected during the day. That elevator just kept rolling about sundown and we would admit these ladies, 15, 25 a night…

These patients just kept coming[.] You did as much of a history as you could, and stabilized everybody. They were bleeding, some ran a fever, their uterus was enlarged and tender. And nobody wanted to give you any history. You did the obvious: everybody got an IV, everybody got antibiotics, check blood counts; if they were really low, you gave them blood[.] You just tried to get everybody in a bed and tried to get some kind of stabilizing therapy going on.

Around midnight things began to calm down. McMillan went to the nurses’ station to get some notes written and overheard the nurses talking, rather disparagingly, about the women who had come in. It was then that she realized these women had undergone illegal abortions:

I just thought, well wow, so this is illegal abortion right here, and also I thought it was just rather deplorable how they were treated – just no dignity, you know, whatever. So by the time the 6 weeks was over . . .  I had no point of view other than secular humanism at that point.

READ: Late-term abortionist Curtis Boyd: “Am I killing? Yes, I am”

“We knew better,” McMillan states. “I compartmentalized things. My patient to me was the woman in front of me. Now if someone wanted their pregnancy, I would switch over and I had two patients.” Dr. McMillan sighs, “There’s another Scripture, you know, ‘the god of this world has blinded their eyes.’ (2 Corinthians 4:4) I just didn’t deal with it; I didn’t deal with it. You know, I was helping these women, that was my focus. I’m here to help women.”

Dr. McMillan finished her training and they moved to Lexington, Kentucky, where her husband finished his. In 1972 she and a resident she had met opened their own private practice. “It was fun, you know, two girls against the world. It was fun.”

Then came 1973 and the landmark decision Roe v Wade that legalized abortion across all 50 states. “When the dust settled and we realized that it really was legal, we thought we’d start offering that also in our practice. So we started doing first trimester abortions. We were only going to do first trimester abortions because complications increase exponentially as you get further along in the pregnancy. We didn’t want to get into big troubles.”

Dr. McMillan practiced in Kentucky from 1972 until 1974 when her husband was offered a wonderful job opportunity in Jackson, Mississippi. “I came down here very angry. I had three little boys by then, I was mad at my husband, I was mad at the world. Trying to make the best of it.”

Dr. McMillan opened her practice in Jackson in 1975. She also took on some work at University Medical Center since, being new in town and not knowing anyone, she was not busy at her practice. While working at the University, she was introduced to a group of people who wanted to open an abortion clinic in the state. “This was ’75, two years after Roe and there was no abortion clinic in the state. They had everything they needed except for an abortionist. No one wanted to come forward and be identified I guess. So they asked if I was interested in it.”

Dr. McMillan knew it wouldn’t be popular, but since she had her private practice and would be able to just moonlight as an abortionist, she took the offer.

That summer, while things were getting organized to open the abortion clinic, Dr. McMillan went to a Childbirth Education Tea to meet people and build up her practice. There she met Barbara who would go on to become a dear friend:

It didn’t take us long to figure out that she was a Christian and I was a heathen. She was just delightful. She would be a good poker player; she was asking me about my practice and when I told her that I was getting ready to open this abortion clinic she was horrified but I couldn’t tell it. But she went home after that and called up her best friend and they made a covenant over the phone to pray for me.

Editor’s Note: This article was published at Can’t Say You Didn’t Know and is reprinted in part here with permission.