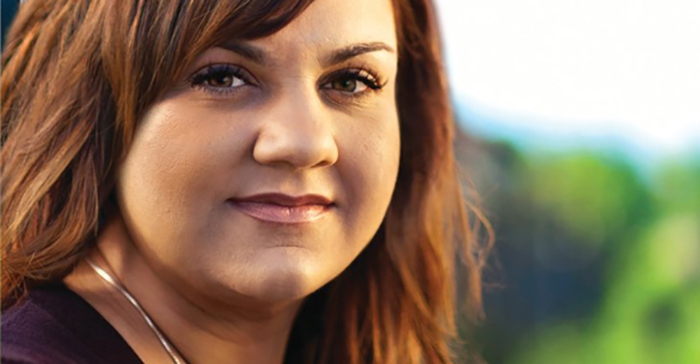 Former Planned Parenthood worker Abby Johnson was the staff director at an abortion facility for years before turning pro-life after witnessing a baby torn apart by abortion instruments in a sonogram.  At that moment, she had a change of heart. She later released a book entitled The Walls Are Talking, which contains the stories of many abortion workers whom she has helped leave the industry.

I would counsel the women during the sedation process before their abortions. […] One woman was there for her eleventh abortion. Eleventh! That disgusted me. One thirty-seven-year-old patient was having her seventh abortion on the same day that her daughter was having her first grandbaby. Her festive mood and celebratory attitude concerning her granddaughter’s birth seemed morbid and out of place in an abortion clinic. (1)

There are several things to take away from this quote. First, it shows that there are women who use abortion as a form of birth control. Many people assume that having an abortion is an agonizing decision, made by women only as a last resort. But the two women in this story were getting abortions repeatedly with apparently little thought. It doesn’t seem logical for a woman to choose an invasive surgical procedure as her ideal method of birth control. But some women, for whatever reason, have a hard time using birth control consistently and correctly. Abortion becomes an easy way out, a habitual escape from responsibility.

The abortion worker in this passage is not the only one to remark on the phenomenon of repeat abortions. Abortion worker Marie Stafford writes:

I once had a young girl who’d had four abortions and she said it was cheaper for her to have abortions than use any form of contraception because her boyfriend paid for the abortions. She complained about our menu, saying it wasn’t as good as the last time.

Another facility worker spoke of Angie, a woman who had repeat abortions and only became horrified by her actions when she saw the body of her aborted baby after her ninth abortion.

For some it is definitely a kind of birth control. These women are on their 6th one. They have a troubled family situation, and you feel it’s in the best interest for the possible future child. In some ways I do feel that – but it doesn’t make it any more pleasant. (2)

Abortionist Suzanne T. Poppema wrote, in her book Why I Am an Abortion Doctor:

It isn’t unusual for women to come in for a second or third abortion. Even a sixth abortion, while unusual, isn’t unheard of. (3)

But many abortion providers, like the abortion worker in Abby Johnson’s book, are angered by women who come in for repeat abortions:

[Abortion workers] go to great lengths to help a youngster through an abortion. Despite the emotional stress of the work, they are, as they say ‘there for her’ […] But if the same 15 year old becomes a repeater and returns at 16 and 17, and if she develops a cool attitude toward the counseling experience, the reaction is different. The counselor loses her own professional distance.

I have one kid here, seventeen, who’s just had her third abortion… I want to beat the sh*t out of her. I want to put her through the damn wall. ‘What’s the matter with you?’ I say to her. Every time she thinks a relationship is going on the rocks, she gets pregnant. Then she has an abortion and starts up a new relationship. She swears every time she has an abortion that she won’t screw again. I tell her screwing isn’t the problem, protection is.

He, like the unnamed former worker in Johnson’s book, gets very angry at women who have abortions again and again.

But the question is, why? If abortion is just the removal of some tissue, an operation of no moral significance, what does it matter if a woman has two or three or even sixteen? In a recent Live Action article, writer Calvin Freiburger quotes a pro-abortion author from Slate saying:

To insist that a miniscule [sic] clump of tissue is of equivalent substance and value to a child who has been born, nurtured, and loved is to gravely insult any parent and her actual children.

So why is aborting this “minuscule clump of tissue” such a big deal? No one gets upset about removing a tumor or a diseased tooth. If abortion is a simple as removing tissue, why are these abortion providers so angry when women come back again and again? 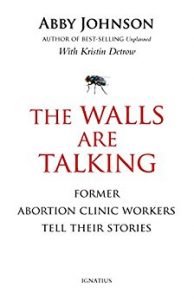 The Walls are Talking by Abby Johnson

Women should be given facts about fetal development and information about abortion alternatives long before they are on the abortion table when they’re still capable of understanding the information and changing their minds.

The Walls Are Talking is a powerful book which tells the real truth about what goes on in abortion facilities nationwide. It is powerful reading and vital for anyone who cares about the abortion issue.