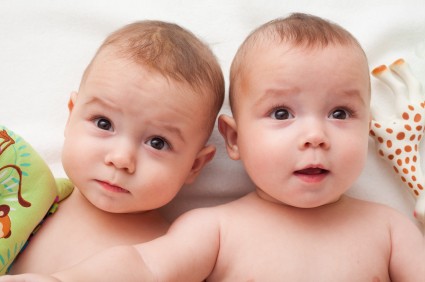 This is our society. Parents spend months desperately trying anything to become pregnant only to become angry and disappointed when they do get pregnant – because it’s with twin boys instead of a girl. It used to be that life was beautiful. Life was a miracle. Life was to be celebrated. Now, all that seems to matter is getting what you want when you want it. Be it an iPad, a bigger house, or the “perfect” child. Babble.com writer Albert Garland (a pen name) and his wife went through fertility treatment after fertility treatment including in vitro fertilization before becoming pregnant. They already had one boy and hoped for a girl. Garland writes:

[…] we were hoping for one girl, instead we got two boys. My initial reaction was full of disappointment, anger, fear, and guilt. My wife, who had been dreading the possibility of twins for weeks, took it worse. […] As horrible as this might sound, we found ourselves wishing these twins away. 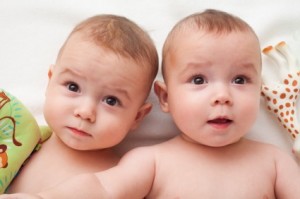 It’s hard to imagine. Wishing away children because they aren’t the child you wanted. If they wanted a girl so badly, they could have opted to adopt one. But, because American culture has become one of “gimme gimme”, being blessed with children is no longer considered a blessing, but rather a chore. And children themselves have become an annoyance, especially when you dream of a girl and don’t get one. It could have been very easy for this couple to abort their twin boys, but thankfully they didn’t. Although it was a fleeting thought. As Garland writes:

We considered a reduction for about 30 seconds. (That’s essentially an abortion of one twin, not both.) […] Give us a reason, we thought, as we had the twins tested for genetic anomalies. None came.

Not only was this couple disappointed that they became pregnant with children they didn’t want, but they actually hoped for those boys to have a genetic anomaly so that they had what they felt was a reason to abort. They wished for what most parents see as a worst nightmare. They wished an illness on their own children. They hoped for a reason to end their children’s lives so that they could move forward in their life without the supposed burden of twins.

Garland claims his fear and distaste for having twins is based, not on a fear of the unknown, but of the knowledge he has since he is already a father of a “boy who’s fiercely strong-willed and seems to inherently know that crying pushes our buttons.” But surely there must be joy in life with his son. Unfortunately, Garland isn’t the first parent to consider aborting his child because that child isn’t the one he had hoped for.

Recently, a couple offered to pay their surrogate $10,000 to abort their child after a diagnosis of fetal anomalies. Thankfully, the surrogate refused.  And who can forget the woman at the abortion clinic, whose photo went viral, on her way to abort her twin girls at 20 weeks gestation because she already had girls? The truth is that being a parent IS hard work. It means sleepless nights. It means spit-up on our clothes. It means having to pass up nights out on the town from time to time. Parenting means sacrifice. But being a parent also brings the most joy. The joy of your child’s first smile, first laugh, and first steps. The joy of watching your children play lovingly with their siblings. The joy of a child running to you for comfort.

However, American culture is breading a sense of entitlement. American children are the subject of news articles concerning how spoiled they are. We want something, we get it. Immediately. So when we want a little girl and we’re handed two boys, we are blind to the beauty and joy of that. We only see what we are missing, rather than what we have been blessed with. And unfortunately, that reality has spread from meaningless material things, to our own children. And because of it, children are being discarded through abortion for not being exactly what their parents wanted. We look at people like the Boston marathon bombers and wonder where their compassion is. But as a society, we are so spoiled that we have no compassion even for our own babies.