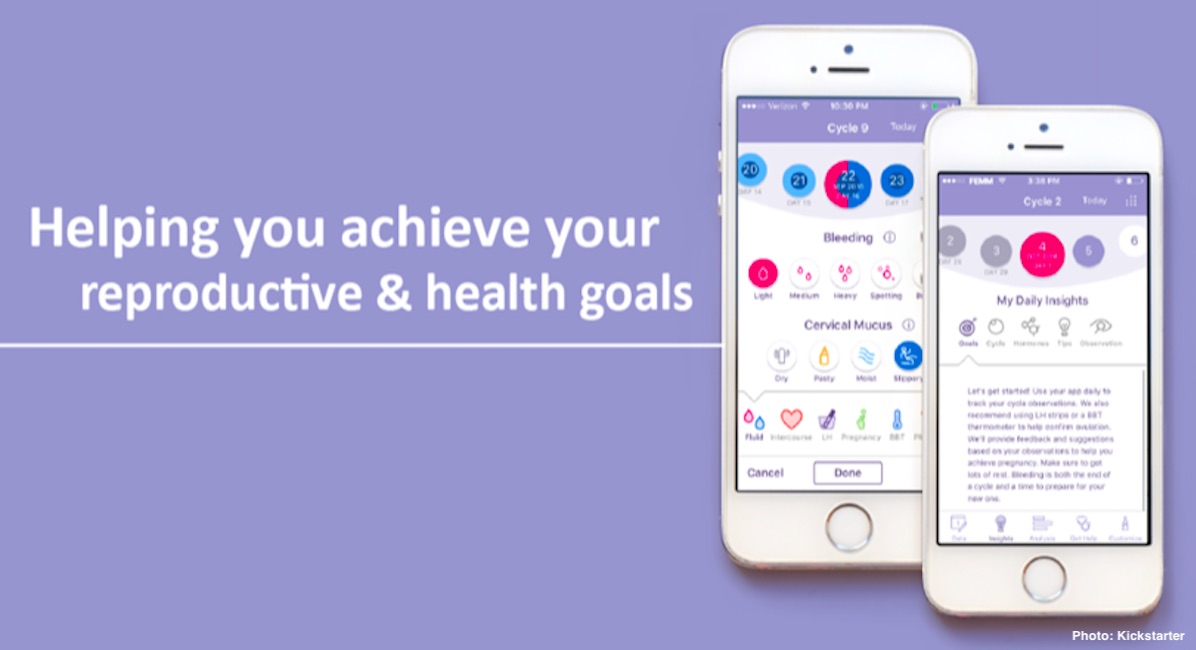 If a woman wants to track her fertility in the hopes of monitoring her health or avoiding or achieving pregnancy, these days she just has to pick up her smartphone. Fertility apps, which track things like menstruation, ovulation, and physical or emotional changes, have become invaluable for women who want to take charge of their fertility using Fertility Awareness Methods (natural family planning), rather than hormonal birth control. Now, one such app, the FEMM Period Ovulation Tracker, has become the target of unwelcome attention and false low ratings.

A scathing report by The Guardian has led abortion enthusiasts to leave an onslaught of one-star reviews on the app not because it is ineffective, but because — as the paper puts it — FEMM is funded by “anti-abortion, anti-gay Catholic campaigners.” The “anti-abortion campaigners” in question are the Chiaroscuro Foundation, a nonprofit organization with a history of supporting pro-life politicians and causes. But should it really be surprising that a pro-life, Catholic-founded organization would support natural family planning? For decades, many faithful Catholics have practiced (and taught) natural family planning.

In its position against the app, The Guardian also touts the oft-used — and now inaccurate and outdated — CDC statistic that Fertility Awareness Methods have a 24 percent failure rate. The CDC recently revised its statistics to reflect many of the more modern forms of natural family planning and found that these Fertility Awareness Methods have a 2% to 23% failure rate, depending on the method chosen.

While The Guardian’s report has led many people to dismiss the app with poor ratings, the app boasts a multitude of 5-star reviews from women who have actually used the app and have come to a greater appreciation and understanding of their fertility.

Halpine also responded to the idea that the app should be dismissed because of its funding. “Femm has never commented on the abortion issue. And doesn’t work in that area. Femm is an organization committed to expanding information research and knowledge about women’s reproductive health around the world,” she told The Guardian.

If you want to help protect the important work of FEMM, head to iTunes or Google Play and leave a review voicing your support for the work of the FEMM app. It’s also important to downvote any negative reviews clearly left as a result of The Guardian’s article, and upvote the (many) positive reviews from real women who have had success with the app.