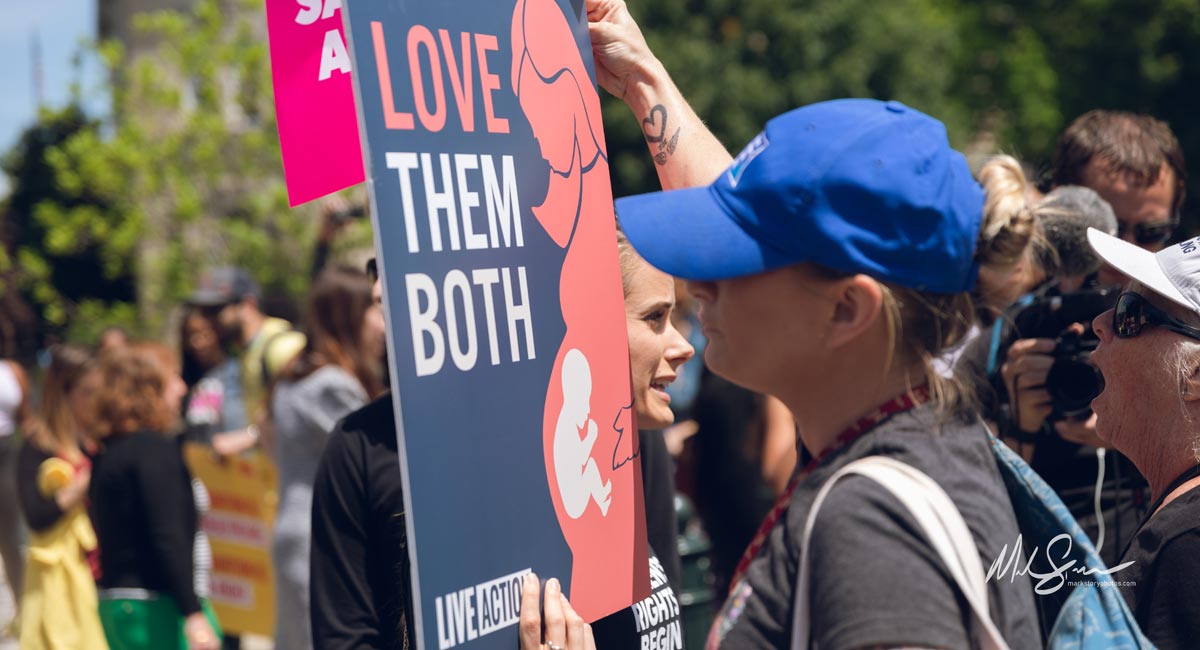 Yesterday, pro-abortion #StopTheBans rallies were held around the nation in protest of pro-life laws passed in Georgia and Alabama, and other states as they follow suit. According to CNN, “[m]ore than 50 organizations — including the American Civil Liberties Union and NARAL Pro-Choice America” participated in protests, which were organized in nearly every state.

The protest in Washington, D.C., took place in front of the Supreme Court, where things got heated when angry abortion advocates railed against pro-lifers taking a stand for both women and their preborn children and against the idea of killing children in the womb as a solution to difficult situations.

Pro-life New Jersey high school student Boris Kizenko told Breitbart that he was “threatened” and “pushed” on Capitol Hill yesterday at the protest. “I was hit over the side of my head… I think that just shows that there’s a double standard between the left and the right,” he said. Breitbart’s interview with Kizenko was interrupted by abortion supporters’ randomly screaming and yelling insults.

I’m heading to the #StopTheBan rally at noon today at the Supreme Court to be a peaceful, prolife presence. Anyone in D.C. want to join me?

She experienced some odd and disturbing interactions when attempting to engage in conversations with protesters (PROFANITY WARNING):

We joined the pro-abortion #StopTheBans rally to be a voice for pro-life Americans and the voiceless preborn children in the womb.

More of the interaction with the angry protester seen in the video above can be seen here (PROFANITY WARNING), as she proceeds to scream at Centofante, repeatedly calling her “little girl”:

And it really only got worse, descending into pro-abortion protesters calling Centofante “pro-life Barbie,” telling her she’s the “wrong gender,” and screaming “F*** you!” (Again, profanity warning)…

Dr. Leana Wen, president of Planned Parenthood, showed up at the D.C. protest. Live Action representatives attempted to speak with her but she ignored the question about whether she would protect children in the womb at any time during pregnancy:

She also attempted to speak with Democratic candidate Amy Klobuchar, who was smiling and laughing with NARAL’s Ilyse Hogue at the time. Klobuchar walked briskly away from Centofante, but finally answered, “I’m defending the law,” when Centofante asked her, “I was just wondering how you guys defend late-term abortion? Are you defending late-term abortion?”

A representative from pro-life group Created Equal’s team had an interaction with an abortion supporter at one of the #StopTheBans protests as well, in which the man says he believes “pro-lifers should be shot” (PROFANITY WARNING):