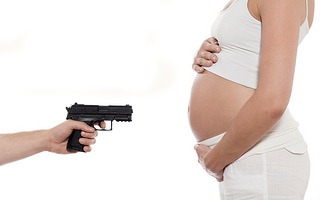 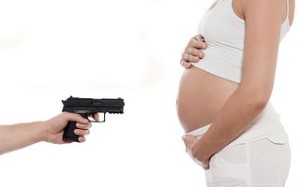 Abortion advocates like to phrase the ongoing legal battles over abortion as a “war on women,” but is it really? Most women don’t identify as pro-abortion. At least half of all American women, if not slightly more than half, are pro-life. Abortion is in no way an issue where all women walk in lockstep. And really, is it women who benefit most from abortion being free and legal on demand? Hardly. The people who have the most to gain from keeping abortion legal at all times are slimeball men.

Abortion is a perfect tool for them to use in order to use women for sex whenever they want, and avoid any potential consequences or repercussions for their actions. The only person who has to do anything is the woman. The slimeball doesn’t have to undergo an invasive medical procedure, after all. He doesn’t have to deal with the many physical and emotional risks that come with abortion. That all falls onto the woman’s shoulders. Abortion is an easy way out for him.

One pro-choice blogger is helpfully proving that point, with a disgusting article teaching men how best to make a woman have an abortion. First, he explains the “Hail Mary,” which is what a man should use on a woman who believes there’s some kind of emotional connection to the relationship. (In reality, he’ll dump her as soon as she’s fulfilled her purpose for him: cheap and easy sex.)

You need to bring up the subject of abortion with every ounce of verbal finesse and situation-appropriate sensitivity. You should sound as sincere as possible and tell her that you want her to be the mother of your children one day, but that now is not the right time to start a family. Explain you want to wait until you are further along in your career/life goals and you can afford to give your future family all the comforts of life you cannot deliver today. Finally, explain if she has the abortion now, you will be able to plan your lives together so that everything is perfect. Then, after she agrees and has the abortion, dump her. It’s called a “hail mary” in part because of its difficulty to execute, so if you stay with her post-abortion and she becomes pregnant again you’re really fucked.

So enjoy having sex with her as much as you want until it becomes inconvenient. Make lots of promises about the future of your relationship until she gives you what you want, and then ditch her quick. Sounds awesome.

The second method is, fittingly, called the “Asshole” method. This is supposed to be used on one-night stands…or if the “Hail Mary” didn’t work.

You need to channel your inner cold, unforgiving, unapologetic asshole nature, as nothing less will suffice. You must not ask, but rather tell her to get an abortion because if she refuses this child will be a bastard. Explain to her in no uncertain terms that you will not be a father to this child. I would avoid personal shots of telling her she is unfit to be a mother because this could backfire on you, but make it clear that if she keeps the baby you will be opting out of fatherhood. Explain that while she may end up collecting the minimum in child support that the state can take from you, in no way will you participate in raising this kid or being a father to it. To instill the seriousness of your message, add that you will refuse any efforts in the future to include you in the child’s life.

Once you have laid out your position, get your car keys and tell her you will drive her to the abortion clinic, pay for it, and have her take care of it today so you both can move on with your lives. Explain that since it is early in the pregnancy she only needs to take a pill (different from the morning after pill) to trigger the abortion. The most important part in executing the asshole method is that you keep your emotions in check the whole time. If you budge on that, she could doubt your sincerity and be swayed to keep the kid.

Couldn’t this be considered coercion? Not that it will matter to the abortionist, after all. He’ll get his money, so who cares if the woman doesn’t want the abortion and is being pressured into it by some jerk?

The last method, most disgustingly, involves lying about your family possessing a “rare genetic disease” that shouldn’t be passed down to children. This one is so out there and insane that it’s hard to imagine that it wasn’t thrown in there as a complete joke.