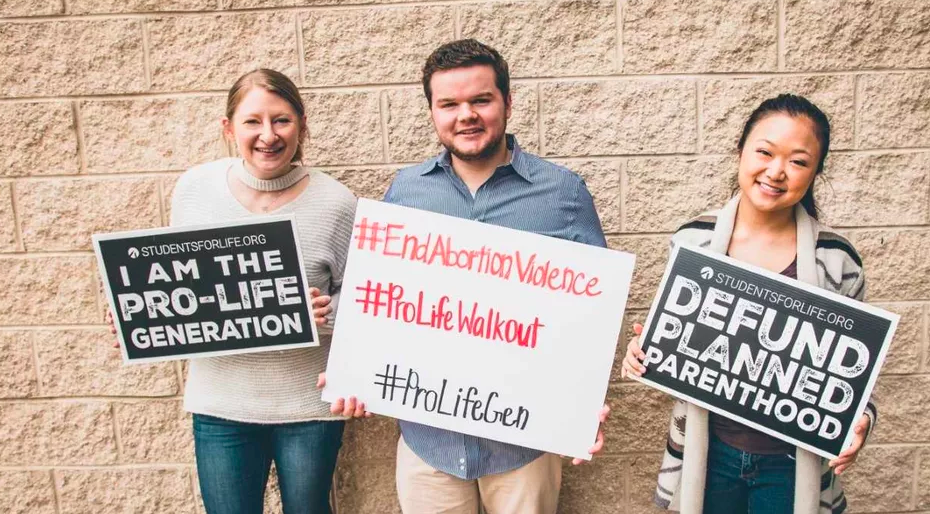 (Newsbusters) Following a national school walkout against gun violence last month, students from across the country are joining a pro-life walkout in support of both the unborn and pregnant and parenting students. But will the media cover it? On Wednesday, more than 350 student groups and students will participate in a pro-life walkout, according to Students for Life of America (SFLA). But besides conservative and pro-life news sites, the event has still attracted little media coverage. This comes after the networks covered the March for Our Lives 13 times more than the pro-life March for Life. The site for the event called for an end to abortion and the defunding of Planned Parenthood:

“On Wednesday, April 11th, we will walk out of our classes for 17 minutes of silence and prayer. We will stand silently outside outside honoring the 10 children who will violently die during that time at a Planned Parenthood abortion facility. We will rally and demand the end of Planned Parenthood’s taxpayer funded empire. We will kneel and pray for the end of legal abortion in our nation.”

The site currently lists 191 high schools and 81 colleges as participating. But according to a Tuesday statement from Kristan Hawkins, the president of SFLA, “more than 350 students and student group leaders from across the country have contacted Students for Life about their plans to stand with pregnant and parenting students on April 11.”

SFLA, which represents 1,200 pro-life student groups in all 50 states, is helping organize the #ProLifeWalkout. The idea began after California high school students, like Brandon Gillespie of Rocklin High School, expressed concern over a double-standard on school walkouts following the gun-control walkout in March.

Gillespie was inspired by Juliene Benzel, his history teacher, who was put on paid administrative leave after asking if the school would allow a pro-life walkout in the wake of the gun-control student walkout.

In a SFLA press release, Gillespie confirmed that his school refused to give the pro-life walkout the same support as the gun-control walkout.

“It just confirms for me that there is a political double standard, at least in my school district,” he added, “but I’m still going to be out there.”

Sponsors include Crossroads, Family Research Council, Kansans for Life of Douglas County, Massachusetts Family Institute, Save the Storks, Oklahoma Teens for Life, and Californians for Life.