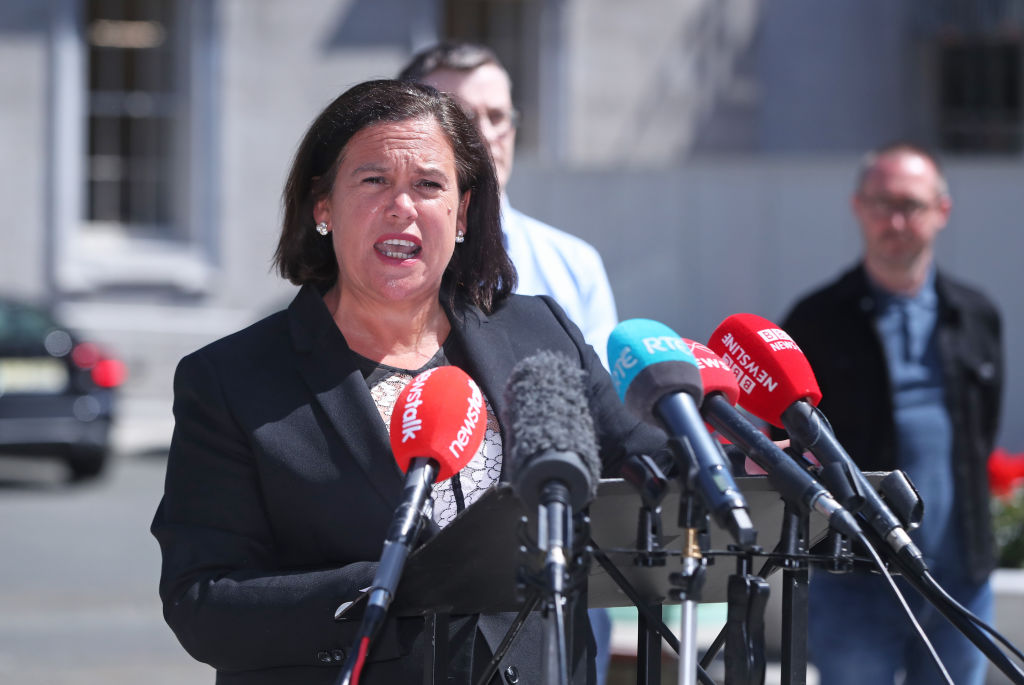 (Right to Life UK) Sinn Féin has said it will bring forward a proposal to the Northern Ireland Executive this week on the commissioning of abortion in Northern Ireland to increase abortion access across the region. Rival nationalist party Aontú has accused Sinn Féin of trying to “ramp up […] the number of abortions in the North of Ireland”.

Leader of Sinn Féin, Mary Lou McDonald, has said that it is “totally unacceptable” that the commissioning of abortion has not yet come into force despite Northern Ireland’s abortion regime being imposed in March 2020.

When the Government in Westminster imposed abortion on the region, abortions started being performed in hospitals on an interim basis. In effect, this meant that there was no national policy for the provision of abortions. As such, earlier this year, one health trust in Northern Ireland was unable to perform abortions because the doctor was on maternity leave. The other four NHS trusts were still able to carry out abortions.

Northern Ireland Health Minister Robin Swann has continued to argue that, as a controversial issue, it is the task of the Executive to agree to set up the services and not the responsibility of any one department.

Sinn Féin’s Ms McDonald said: “Women in the north are legally entitled to modern and compassionate healthcare and it is totally unacceptable that two years on the health minister has not commissioned services”.

However, Aontú has accused Sinn Féin of trying to “ramp up […] the number of abortions in the North of Ireland”.

The party’s representative in East Londonderry Gemma Brolly said that it is “heart breaking for many nationalists” that Sinn Féin now opposes the 1916 Easter Proclamation vow to ‘cherish all the children of the nation equally’.

She continued: “Sinn Féin talks about disability rights, yet they brought about a bill that allows for abortion up until birth for a child with Down’s syndrome”.

Ms Brolly added: “Shockingly there were well over 700 abortions in the North in the last year, yet it seems this is not enough for Sinn Féin”.

According to information gained from a Freedom of Information (FOI) request, health officials in Northern Ireland met in December 2019 to discuss how many abortions the region should expect if abortion services were commissioned after Westminster voted to impose abortion on the region in July 2019.

Officials estimated that the region could see up to 6,500 terminations annually.

According to notes from the meeting: “Service needs to be scaleable [sic] (if service take-up reaches […] England and Wales levels that figure could be 6,500).”

READ: What do women really think about abortion? The answer may surprise you.

According to figures from 2019, 1,089 abortions were performed on women who claimed residence in Northern Ireland. Most women travelled to England and Wales to have abortions, totalling 1,014, while a few (67) travelled to the Republic of Ireland for the procedures.

If the 6,500 number is accurate, this would mean a 497% increase in abortions for women from Northern Ireland.

Bill launched to protect disabled babies in the womb

The controversy comes at the same time as DUP MLA Paul Givan has launched a Bill to attempt to provide protections for babies in the womb with disabilities, who currently can be aborted up to term.

The Severe Fetal Impairment Abortion (Amendment) Bill has received the support of over 26,000 people who signed a petition calling on political leaders in Northern Ireland to prevent babies with disabilities, including Down’s syndrome, cleft lip and club foot, from being aborted up until birth.

Last week, disability rights campaigner, Heidi Crowter, told the Health Committee of the Northern Ireland Assembly that the abortion legislation in the region “tells me and other people with Down’s syndrome that we are worth less than those without disabilities”.

The Bill will be put to a vote later today in the Northern Ireland Assembly.

Right To Life UK spokesperson, Catherine Robinson, said: “Sadly Sinn Féin have shown themselves to be more concerned with expanding abortion access than with the rights of people with disabilities who can be aborted up to birth under the current legislation”.

“The estimate that potentially 6,500 babies will now be terminated annually in the country, an increase of nearly 500%, represents a failure to protect the lives of babies in the womb and a failure to offer full support to women with unplanned pregnancies”.

“Northern Ireland is a country where 100,000 people are alive today because they chose to protect unborn babies over accepting the same abortion law that was introduced into Britain in 1967”.

“The people of Northern Ireland did not want these extreme abortion regulations imposed on them and still do not want them”.